The US Treasury Department said it would halt Russia’s ability to make debt payments in dollars through American banks, bringing Moscow a step closer to a possible default on its obligations to international investors.

The US authorities’ move threatens to end a period since invading Ukraine almost six weeks ago when Moscow has maintained payments on its dollar-denominated bonds, belying many investors’ expectations that Western sanctions and Russian foreign exchange controls would drive the country into the first state bankruptcy since 1998.

Russian dollar bond prices, which had recovered somewhat from their post-invasion slump, fell on Tuesday. A bond due in 2028 traded at 34 cents against the dollar, up from 42 cents on Monday.

Though the Treasury Department appears to have left the door open to continuing payments with dollars unfrozen by sanctions, investors said they thought it would be “technically difficult” to get the money to western bondholders.

JPMorgan, the US correspondent bank that has processed five coupon payments on Russian foreign currency bonds since Moscow’s invasion of Ukraine, declined to process two more payments due Monday after seeking advice from US authorities, a person familiar with the matter said.

Moscow would have had to make an $84 million coupon payment and $552 million in repayment of a maturing bond and has a 30-day grace period to get the money to investors before it defaults.

It’s “difficult to see how that [Russian finance ministry] according to the original documentation, can make payments to US bondholders in dollars since the US banks are the settlement/clearing house and Russia is technically unable to get the dollars into the system to facilitate the payment,” said Timothy Ash, to an economist at BlueBay Asset Management.

The move comes as the US and Western allies seek new avenues tighten their sanctions on Moscow in the wake of its ongoing war against Ukraine and increasingly brutal military tactics. 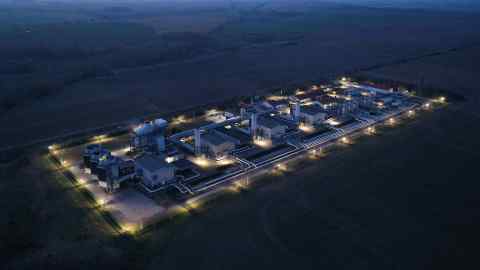 The US and its allies imposed a series of tough economic sanctions on Russia in late February, but are trying to find ways to tighten them further and stop Russia from doing so to bypass them.

“Russia is facing a recession, skyrocketing inflation, shortages of essential goods and a currency that has stopped working in much of the world,” the US Treasury Department spokesman said. “That will further deplete resources [Russian president Vladimir] Putin uses to continue his war against Ukraine and will cause more uncertainty and challenges to their financial system.”

Even if Russia can avoid a default by finding a way to make payments due Monday, it faces another hurdle to servicing its debt after May 25 if an exemption from U.S. sanctions imposed on it Allowing US Investors to Receive Russian Interest Payments Expires

Amazon signs deals to send its internet satellites into space

The downfall of Boris Johnson