Royal Mail has asked the government for permission to cut its letter delivery service from six to five days in a bid to stave off a deepening financial crisis amid a longstanding dispute with postal workers.

The company, which currently delivers letters Monday to Saturday, urged ministers on Wednesday to enable the change quickly and help “protect the long-term sustainability” of its universal service, a legal guarantee to offer the same price for deliveries across the UK.

The announcement came as Royal Mail’s parent company, International Distribution Services, reported it was posting a loss of £127m in the six months to September.

Royal Mail has benefited from a boom in online shopping and parcel delivery during the Covid-19 pandemic but is facing one of the biggest crises in its 506-year history.

The former state-owned company is looking to modernize, shifting from letter delivery to more profitable parcel delivery as it faces increasing competition from newer competitors who have grown rapidly by employing workers with lower salaries and more flexible contracts.

But a sub-inflation salary offer and changes in working conditions have angered postal workers, who this year staged their first nationwide strike since privatization.

Royal Mail has warned it has already suffered £100m in damage after eight days of strikes.

After eight days of “intense negotiations” last week, Royal Mail and the Communication Workers Union are yet to reach an agreement.

“It doesn’t feel like a fix is ​​in sight,” Gerald Khoo, an analyst at Liberum Capital, said this week.

Royal Mail warned it would halt talks if further industrial action was announced beyond the four days of strikes planned in the coming weeks.

The CWU said on Tuesday that “the prospect of a quick agreement is unlikely” unless the company “makes significant moves towards the union on a number of issues”.

At the time of privatisation, Royal Mail was committed to a number of legal job protections. But the agreement also allowed the company to inform the union that it could evade those obligations in the event of a nationwide strike. 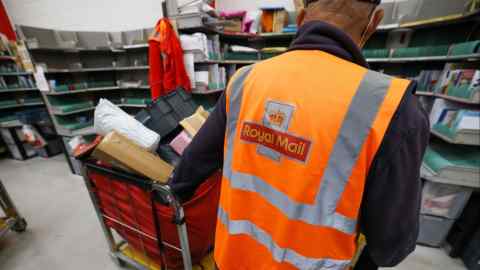 The company said it has already started making changes, such as For example, changing contracts for new entrants and removing a cap on freelance couriers.

It has also warned that a break-up between Royal Mail and the group’s international parcel business, which does not share the same commitments on jobs and has remained profitable, remains on the horizon.

WATCH: Hirsch runs to nursing home after crashing through window