Rishi Sunak has told Britain’s top executives to cut their salaries as their workers face a cost-of-living crisis – but has slammed nurses’ demands for a double-digit pay rise.

Speaking at the G20 summit in Indonesia, the British Prime Minister said: “I would like to say to leaders that at a time like this they are committed to wage moderation and making sure they look after all their workers too.”

His comments will raise concerns in some boardrooms, as executives complain that UK listed companies have already been unable to match the wages of their global, and often private, peers.

Sunak added that he is “sure that executives at most companies will think about pay settlements for management and their employees and make sure they are fair. Everyone would expect that.”

Chancellor Jeremy Hunt is expected to use Thursday’s fall declaration to lift the cap on bankers’ bonuses, Whitehall insiders said. It’s one of the few announcements made by his predecessor, Kwasi Kwarteng, in September’s mini-budget that Hunt is unlikely to reverse.

Britain’s new prime minister is one of the wealthiest to ever hold office, given his previous career as a banker and hedge fund manager and the family wealth of his wife Akshata Murty, whose father founded the IT company Infosys.

A report by PwC last week showed that FTSE 100 CEO salaries were at their highest in at least five years, having risen by almost a quarter on average this year – fueled by higher bonuses – but most companies pay their employees less than inflation increases.

Sunak said he didn’t want to see a wage-price spiral as “the people who are going to suffer the most are the people on the lowest incomes. . . and we’ll still be having this conversation a year from now.”

Policymakers have come under fire for proposing that workers should accept painful squeezes on wages to bring down inflation at a time when many companies have seen post-pandemic profit growth and hefty executive bonuses . 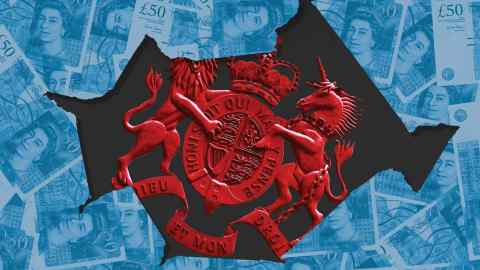 Andrew Bailey, Governor of the Bank of England, has since argued that companies need to be as cautious about paying managers as workers are about their wage demands.

Unions argue that inflation has been accelerated by corporate profiteering at the expense of workers – and that public sector workers in particular cannot be expected to endure another year of real wage cuts after a decade of austerity.

“Government needs to see essential services as a driver of economic growth and not a drain on public coffers,” said Christina McAnea, general secretary of Unison, the UK’s largest trade union.

She and other union leaders representing NHS workers met with Health Secretary Steve Barclay on Tuesday for talks that should help avert the threat of strikes that could hit hospitals across Britain in the winter.

The prime minister chimed in on Tuesday, criticizing nurses’ demands for a significant pay rise. Last week, the Royal College of Nursing voted for a labor dispute, demanding a five percent wage increase above inflation.

Sunak said he was “hugely grateful for our nurses” but “what the unions are asking for is a 17 percent pay rise and I think most viewers will understand that that’s priceless.”

Executives told the FT that there was sympathy for the situation many people in the UK were facing, but that pay was a complex issue, often linked to historic performance targets.

What to do with leftover turkey? Try This Spice - Orange County Register

What if the insurance company doesn't fully defend me? Ask the Attorney - Orange County Register