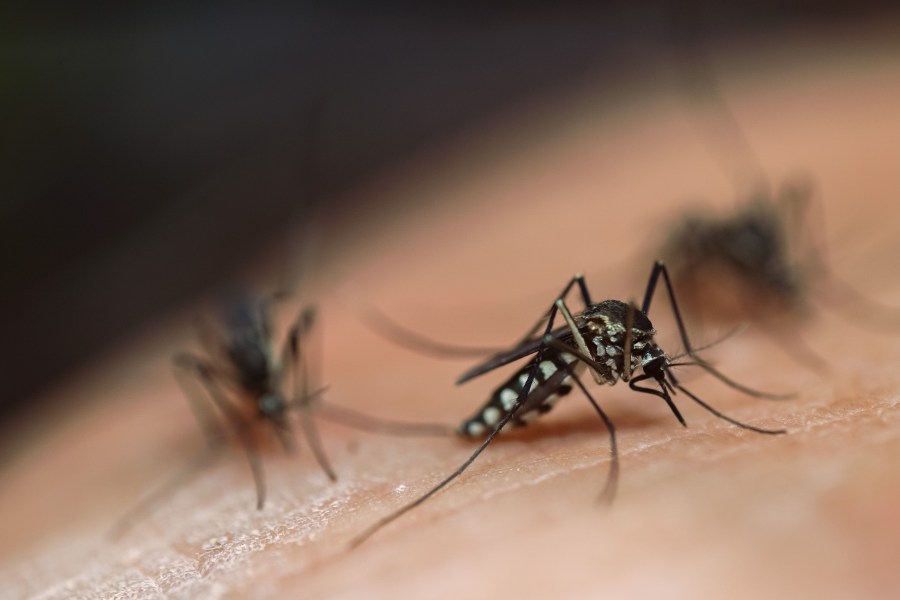 INDIANAPOLIS (AP) — Health officials are warning northern Indiana residents to take precautions to avoid being bitten by mosquitoes after discovering a rare and potentially fatal mosquito-borne virus in the area.

State veterinarian Dr. Bret Marsh said the virus is “a serious threat to horses and people in northern Indiana” until the first hard freeze of the fall season hits.

On Tuesday, the Indiana State Board of Animal Health said two horses in LaGrange County and one horse in Kosciusko County tested positive for the virus.

Residents have been urged to avoid being outdoors when mosquitoes are present and to take other measures, including eliminating breeding grounds for the insects.

Although the virus is rare, it can cause serious illness and has a mortality rate of about 33% or more, and many people who recover can still experience long-term complications, officials said. Symptoms of the viral disease include chills, fever, and aching limbs and joints.

4 arrested after ‘annoying parties’ in Kalamazoo