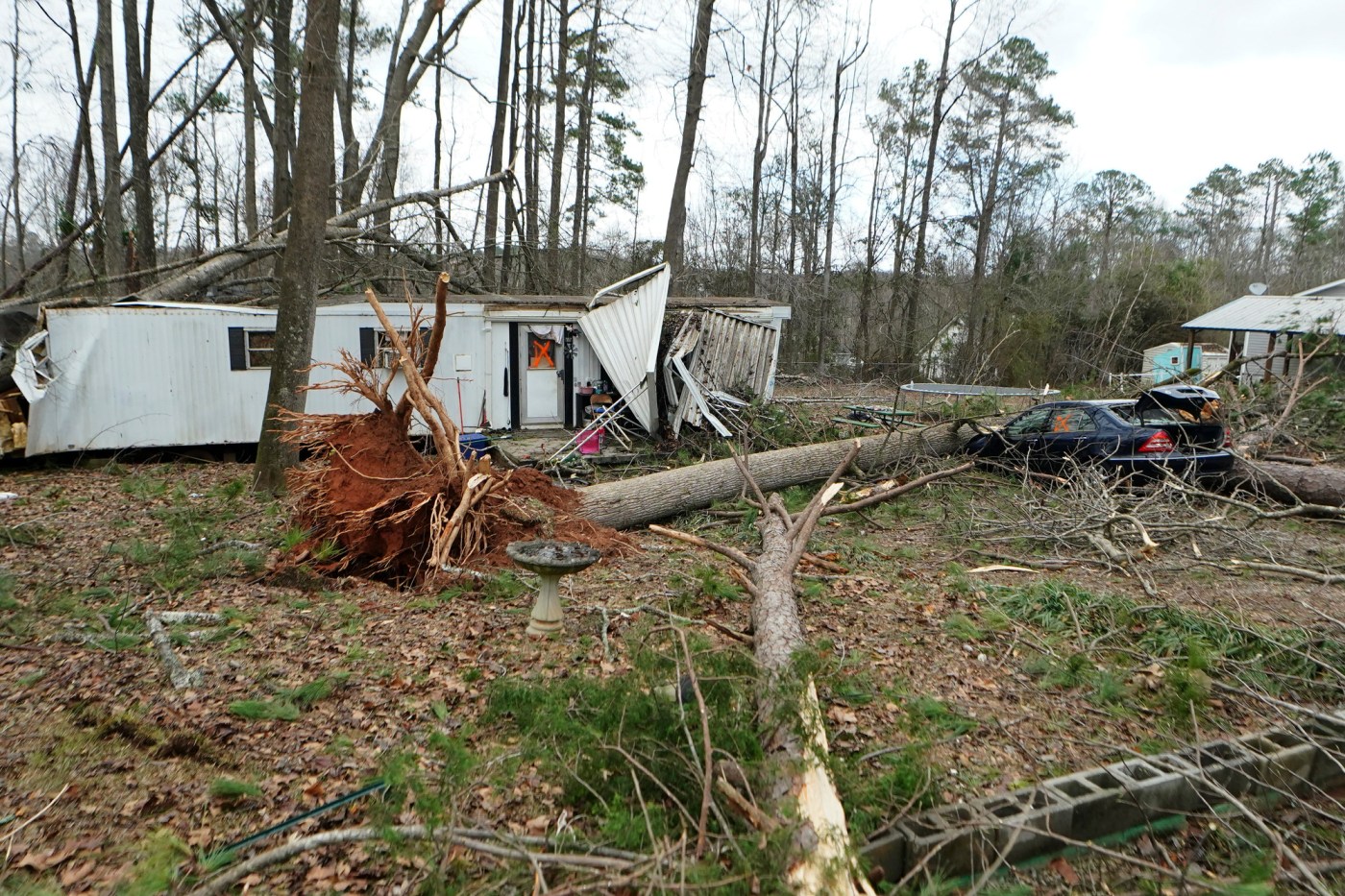 SELMA, Ala. – Rescuers raced Friday to find survivors after a tornado spawn storm system that swept across parts of Georgia and Alabama, killing at least nine people and causing serious damage to Selma, a focal point of the civil rights movement.

A better picture of the damage should emerge later in the day as authorities surveyed the scarred landscape. At least 35 possible tornado touchdowns have been reported in several states, according to the Federal Emergency Management Agency.

The National Weather Service, which is working to confirm the twisters, said suspected tornado damage has been reported in at least 14 counties in Alabama and five in Georgia.

According to PowerOutage.us, which tracks outages nationwide, tens of thousands of homes and businesses were left without power in both states.

A tornado sliced ​​a 20-mile path through two rural Alabama communities on Thursday before the worst of the weather swept across Georgia on a stretch south of Atlanta.

Searchers in Autauga County found a body near a badly damaged home after dawn, authorities said. This death brought the death toll in the county about 40 miles northeast of Selma to seven.

About 40 homes were destroyed or badly damaged, including several mobile homes that were thrown into the air, he said.

“They weren’t just blown over,” he said. “They were blown far away.”

In Selma, a town steeped in history of the civil rights movement, the city council met on a sidewalk lit by cellphones and declared a state of emergency.

A 5-year-old child riding in a vehicle was killed by a falling tree in central Georgia’s Butts County, said James Stallings, Georgia’s director of emergency management and homeland security. He said a parent who was driving sustained life-threatening injuries.

Elsewhere, a state Department of Transportation employee was also killed while responding to storm damage, Georgia Gov. Brian Kemp said. He did not give any further details.

Kemp surveyed some of the worst of the storm damage by helicopter on Friday. In some areas, he said, rescue teams had to dig into collapsed houses to free trapped survivors.

“We know people who have been stranded in houses where literally the whole house collapsed and they were under the crawl space,” Kemp told reporters.

The governor said the storm wreaked damage across the state, with some of the worst in Troup County near the Georgia-Alabama line, where dozens of homes were hit and at least 12 people were treated at a hospital.

In Spalding County, south of Atlanta, the storm hit as mourners gathered for a wake at Peterson’s Griffin funeral home. About 20 people were taking shelter in a toilet and office when a loud bang was heard as a large tree fell on the building.

“When we came out, we were totally shocked,” said Sha-Meeka Peterson-Smith, the funeral home’s chief operational officer. “We heard everything but didn’t know how bad it actually was.”

The uprooted tree fell straight through the front of the building, she said, destroying an auditorium, lounge and front office. Nobody was hurt.

The tornado that hit Selma cut a wide path through downtown, where brick buildings collapsed, oak trees were uprooted, cars were thrown onto their sides, and power lines dangled.

Plumes of thick black smoke from a fire rose above the city. It was unclear whether the storm caused the fire.

Selma Mayor James Perkins said no deaths had been reported but several people were seriously injured. Officials were hoping to get an aerial view of the city on Friday.

“We cut a lot of power lines,” he said. “There are many dangers lurking on the roads”

Mattie Moore was among the Selma residents who picked up food packages offered by a downtown charity.

“Thank God we’re here. It’s like something you see on TV,” Moore said of the destruction.

Selma is a city of about 18,000 people and is located about 80 kilometers west of Montgomery, the capital of Alabama. It was a flashpoint of the civil rights movement when, on March 7, 1965, state troops brutally attacked black people who were nonviolently marching across Edmund Pettus Bridge for the right to vote.

Malesha McVay took a video of the giant Twister turning black as it swept from house to house.

“It would hit a house and black smoke would erupt,” she said. “It was very frightening.”

La Nina, a cooling of parts of the Pacific that is changing weather around the world, was a factor in creating an undulating jet stream that broke through a cold front, Gensini said. But that’s not enough for a tornado outbreak. The other ingredient is moisture.

Normally, air in the Southeast is fairly dry at this time of year, but the dew point was double normal, likely because of unusually warm water in the Gulf of Mexico, which is likely to be affected by climate change, Gensini said. This moisture met the cold front and added up to deadly storms.

In Kentucky, the Weather Service confirmed an EF-1 tornado hit Mercer County and said crews were surveying damage in a handful of other counties.

https://www.ocregister.com/2023/01/13/rescuers-dig-out-as-storm-death-toll-rises-to-9-across-south/ Rescuers dig out as storm death toll rises to 9 in south

M3GAN director shares excitement at his appetite for a sequel

‘How many children must die?’

Twitter Turns the Tables on Elon Musk, Intends to “Complete the Transaction and Enforce the Merger Agreement”