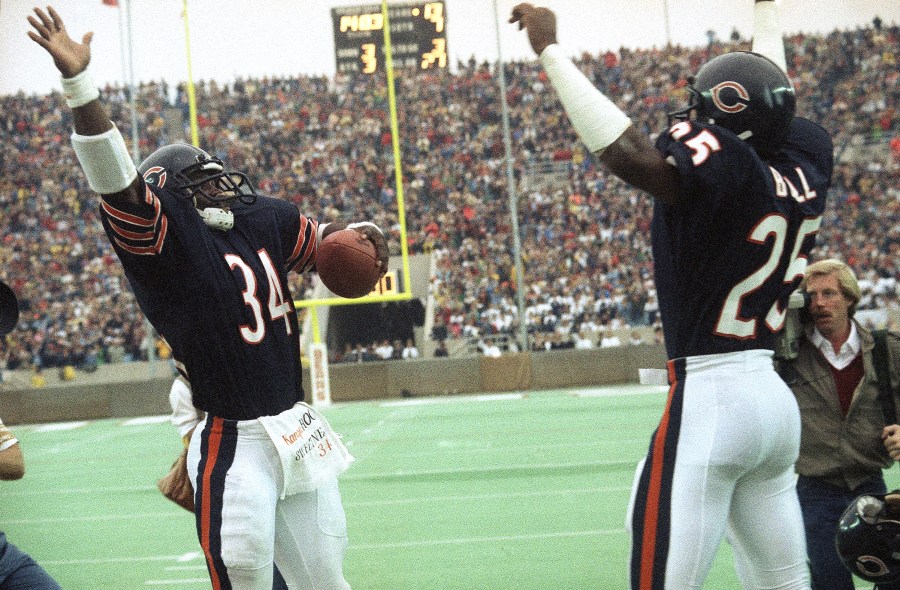 CHICAGO — There have been many “sweet” moments for “Sweetness” in the 13 seasons he’s donned a bear uniform, but some might argue his biggest came on an overcast Friday at Soldier Field 38 years ago.

That day, Walter Payton received the most prestigious record a running back in the National Football League could ask for.

On October 7, 1984, Payton overtook Jim Brown as the league’s all-time all-time rusher in a home game against the Saints. He came on and needed just 67 yards to set the record, and that moment came in the third quarter.

He took a quick pitch to the left and then found an opening to pick up six yards to officially overtake Brown’s 12,312 total yards he had in his Cleveland career from 1957 to 1965.

The game was momentarily halted as Bears teammates came onto the field to greet Payton along with a number of Saints players. His family along with friends and Bears fans at Soldier Field gave the running back a huge ovation after he broke the record that had stood for 19 years.

The run would lead Payton to another great rushing day when he finished for 154 yards on 32 carries with a touchdown in the Bears’ 20-7 win over New Orleans. That was part of a stellar year for the running back, as he rushed for 1,684 yards — the second-highest total of his career — as the Bears won their first NFC Central Division championship in history, 10-6.

For his efforts, Payton was named an NFL first-team All-Pro, one of five times in his career, while also being named to the Pro Bowl roster.

When he retired in 1987, he was a Hall of Famer with 16,723 yards in his 13-year career, which stood until Emmitt Smith broke it in 2002. His total remains second in NFL history, followed by Frank Gore, Barry Sanders and Adrian Petersen.

On the way home: A friend accompanies Mark Souder to one last baseball game

Warnings of critical fire conditions throughout the US Southwest