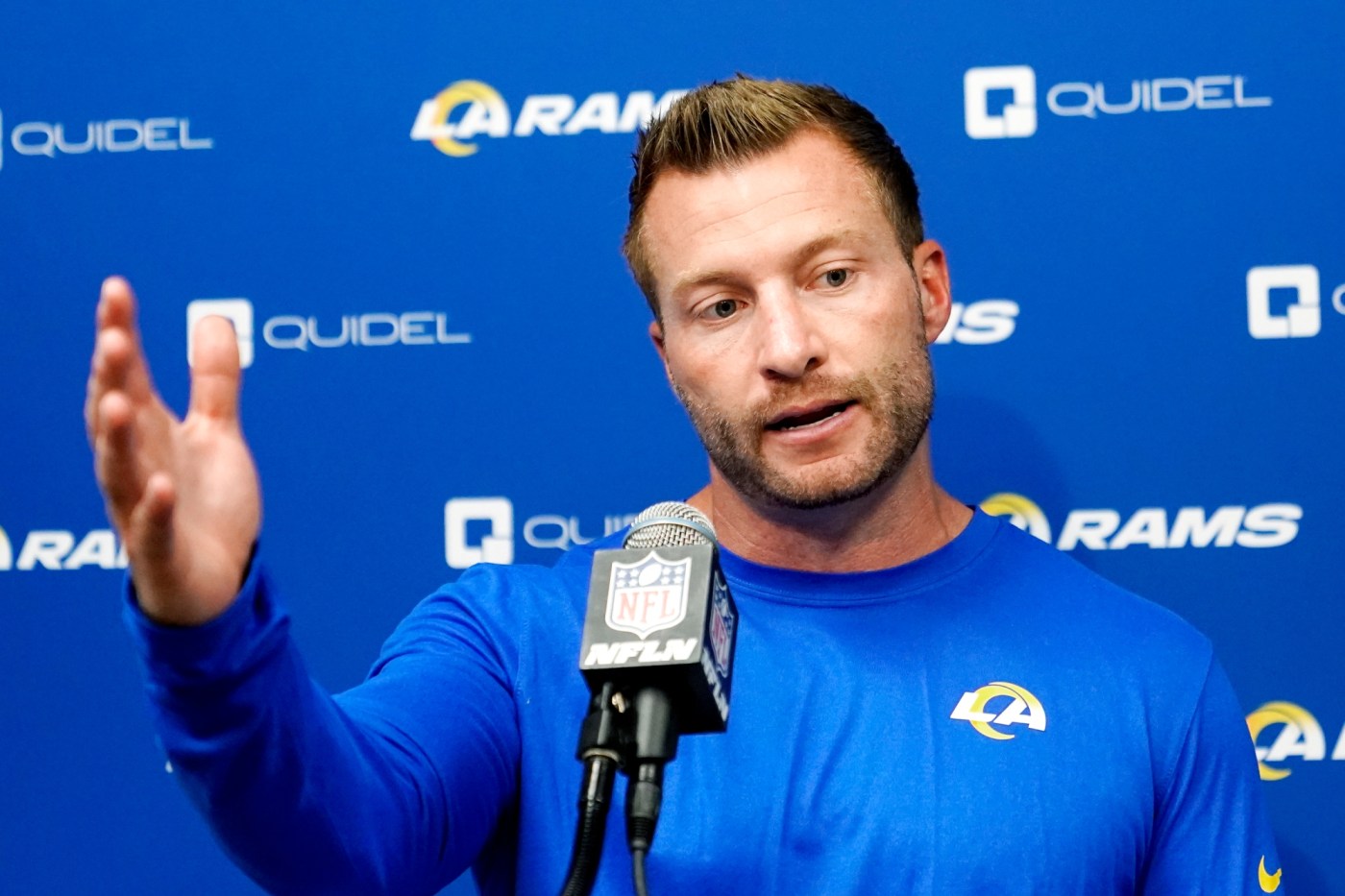 McVay struggled for the words before describing an uneasy insecurity emanating from the pit of his stomach, a feeling many in the NFL community could probably relate to.

“You don’t know exactly how to describe it, but you know it’s a terrible thing,” McVay said of watching Hamlin, who remains in critical condition but is showing signs of improvement, according to a statement from the Bills showed. “One only hopes that this seemingly incredibly special young man makes a full recovery and it’s hard to fathom.”

McVay wanted his players to know they weren’t alone in their feelings and concerns before giving them the space for a team discussion. Rams middle linebacker and team captain Bobby Wagner reassured his teammates that it’s okay to be vulnerable and express your feelings.

“You have traumatic experiences, you have to find a way to deal with them,” said Wagner. “The best way to deal with them is to express those feelings. What we’re taught in this sport, because it’s such a quote, unquoted “male sport,” is to hide your feelings, to hide your emotions, and any expression of those feelings and emotions makes you less of a man. … I think that’s a myth. Talking about your feelings, talking about things that are affecting you mentally or physically, is more manly than anything because it takes a lot of courage to talk about those things.”

McVay, Wagner and many of the team leaders have been tasked with the daunting challenge of mentally and physically preparing the Rams for a Sunday game in Seattle while trying to manage their feelings and concerns and awaiting more positive news about Hamlin. McVay said some of his players know Hamlin, the Bills sophomore from Pittsburgh.

“I think you’re not downplaying how big a deal it is and how important it is,” McVay said of his players’ preparation for Sunday’s regular-season finals. “With the appropriate emotion and empathy, you try … you never say you’ll just be normal the way it is. I think you appreciate it, but you need to be able to move forward in the right way while also understanding the amazing range of emotions that so many different people are feeling, and that’s the best way I know of. To address this you need to ask the right questions, but also make sure you have the appropriate understanding, and then how best to heal and move forward in the right way, without downplaying what a serious matter this is is.”

It’s easier for Wagner to prepare for a game because he’s had a handful of traumatic experiences during his 11-year NFL career, including in 2015 when Seahawks wide receiver Ricardo Lockette suffered a career-ending neck injury on the field. But Wagner understands that everyone deals with their emotions differently, and he stressed the importance of letting them know it’s okay to process this situation in their own way.

Hamlin, 24, was on the field for around nine minutes and was resuscitated before departing in an ambulance, according to the TV show.

“It’s scary right now,” Rams quarterback Baker Mayfield said of the unfolding situation. “It looked like an ordinary play, and that’s the scary part. … It’s hard to watch and see someone break down like that.

“It’s a violent sport, but it’s about broken bones and other injuries, not life and death. I think it’s something we’re all going through for the first time.”

McVay added: “You feel that hole in your stomach and you immediately pray that he’s okay. Nine minutes probably felt like an hour to me.”

“There’s no manual on how to deal with something like that other than trusting your gut and showing consideration for people before it comes to football,” McVay said.

Wagner said the Bengals and Bills players should decide when it’s appropriate to return to the field because “they saw things that we didn’t see … that’s up to them and these two teams.”

https://www.ocregister.com/2023/01/04/with-bills-damar-hamlin-in-mind-rams-search-for-ways-to-express-emotions/ Rams is trying to process what happened to Bills’ Damar Hamlin