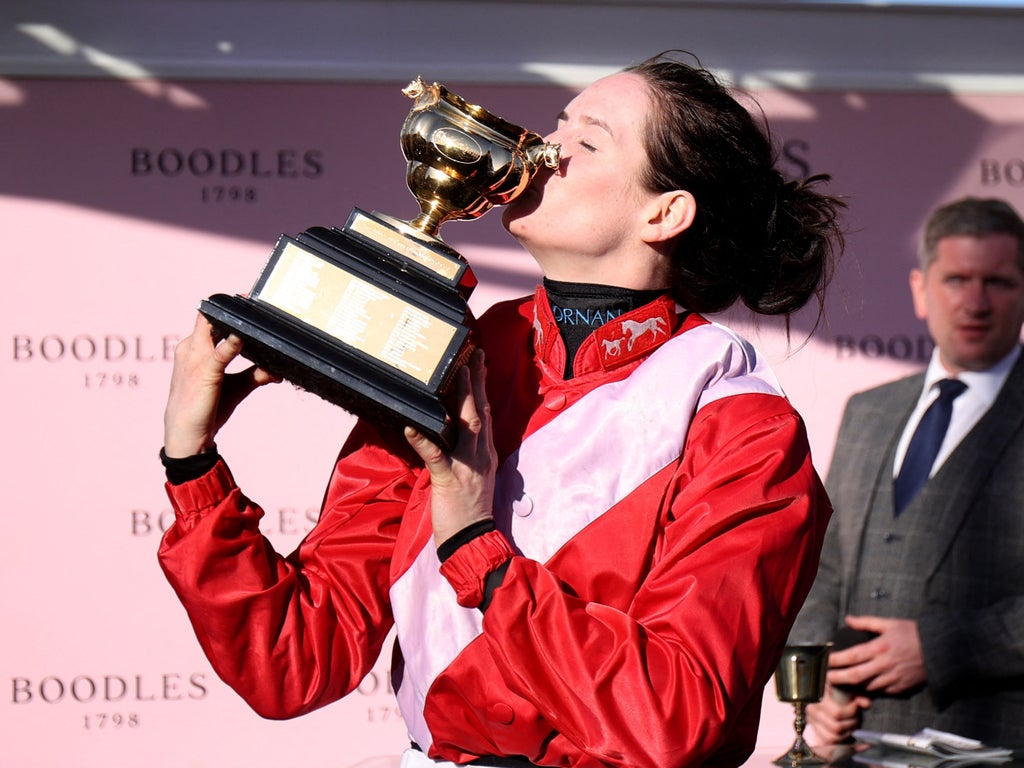 Rachael Blackmore delved further into racing folklore when she added the Cheltenham Gold Cup to last year’s Grand National, leading A Plus Tard to resounding success in the pursuit of the blue ribbon.

Not everything had gone right for A Plus Tard at last year’s Gold Cup, when he finished second to Henry de Bromhead-trained stablemate Minella Indo, and the queen of jump jockeys felt her job wasn’t done yet because she was picked the wrong horse.

It proved it when the 3-1 favorite left last year’s winner behind after a perfectly timed run.

Stuck behind a wall of objecting horses, Blackmore was patient, getting between Protectorate and two-time winner Al Boum Photo to chase defending champion Minella Indo, who had four lengths left to jump the penultimate fence.

Yet Blackmore, who became the first woman to ride a Gold Cup winner, in addition to her two Champion Hurdles and the National, used A Plus Tard’s pace to perfection and she jumped forward over the last, riding clean.

The easy early pace set by Asterion Forlonge and Aye Right certainly helped the eight-year-old, who shot clean on target and recorded a 15-length hit by Minella Indo, while Dan Skelton-trained Protectorate Galvin had the edge for the third about two and a half lengths behind the runner-up.

The Tipperary jockey told ITV Racing: “I just can’t believe it. I’m so lucky to be able to ride all these types of horses.

“You can’t do it without the horses and the connection to Henry’s farm is absolutely phenomenal. Giving me this horse is amazing, I don’t know what to say.

“I had so many special days. I wouldn’t trade the Grand National for anything, but this is the Gold Cup. I wish I had something better to say right now. I just can not.

“They have all these plans for how things are going to play out. Racing doesn’t always allow that and for some reason it happened to me today. I just can’t explain how lucky I feel.”

De Bromhead said: “The class of him there – he was so impressive and Indo ran an absolute dud too, he really did that. He was brilliant too. It’s amazing stuff.

“It definitely does [feel different this year], just the crowd watching here at the booth – it’s just unbelievable. That’s what it’s all about.

“It was incredible to win it last year, but this year with all the people here, it’s triple amazing.”

Richard Thompson, owner of Cheveley Park Stud, said: “We talked about this moment and it happened. It’s absolutely amazing to win the Gold Cup. Unbelievable.

“My father [the late David Thompson] would have loved it, he’s watched the gold cup for many years and to actually win it is amazing. I can’t even speak.

“I felt like she was a little far behind but I knew she had a game plan – she delivered it all. What a race day.”