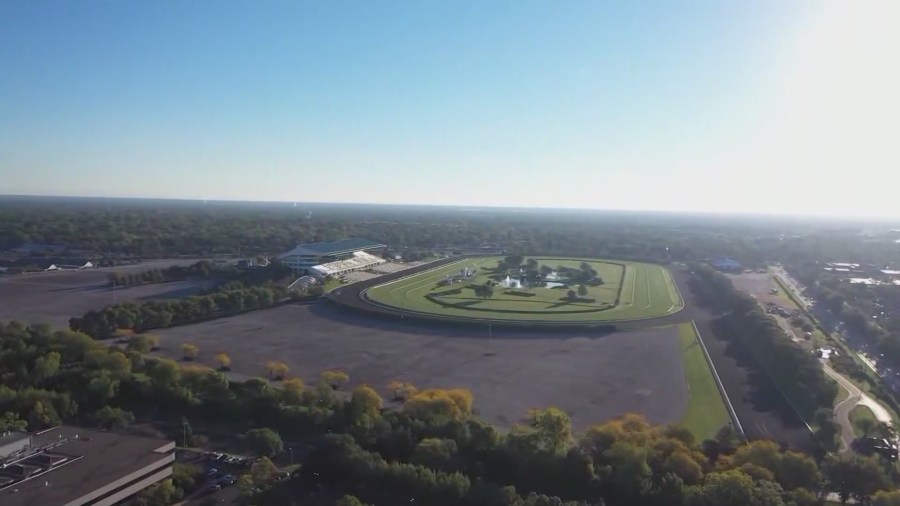 ARLINGTON HEIGHTS — The Arlington Heights Village Council voted unanimously to reject a proposal that, if passed, would not allow taxpayer-funded subsidies to build a new stadium and entertainment district for the Chicago Bears.

“It’s the most lucrative sports business in the world, the bears have an estimated annual turnover of $500 million, they’re valued at $6 billion,” said Brian Costin of Americans for Prosperity. “We believe that they can pay for the development themselves.”

On September 6th, The Bears unveiled the first piece of their vision for a potential entertainment district anchored by a state-of-the-art stadium in Arlington Heights, where the old Arlington International Racecourse once stood.

The Bears plan to take over the 326-acre property and build a domed stadium along the northwest corner of Northwest Highway and Route 53. To the south and east, the professional football organization proposes building a multipurpose entertainment district with restaurants, retail outlets, hotels, office space and housing.

“They say they need taxpayer subsidies for the outside of the stadium part of the project,” Costin said. “If the rest aren’t viable, maybe they shouldn’t.”

The Bears estimate that building the stadium would create more than 48,000 jobs, 9,700 of which would be long-term careers, resulting in an economic impact of $1.4 billion a year for Chicagoland and $16 million in annual tax revenue for Chicagoland Arlington Heights would lead.


“This ordinance is not specifically written [the] Chicago Bears project,” said Randall Reklaus. Village Administrator of Arlington Heights. “That would prevent it [the] village from providing incentives for future projects.”

Other trustees on the village board also voiced their opposition to the proposal before voting to strike it down.

“Tiing our hands is the most inappropriate thing we can do,” said Robin LaBedz. “It would be reckless, it would be irresponsible.”

“There is a possibility of a new NFL stadium in our town and you are wasting our time,” John Scalette said during the village council meeting.

Though the proposal was rejected, Costin said his fight isn’t over. Next, he will work to collect signatures from at least 12% of registered voters in Arlington Heights so that the proposal can be passed in a referendum in a future election.

https://wgntv.com/news/northwest-suburbs/arlington-heights-village-board-strikes-down-ordinance-aiming-to-block-taxpayer-funded-subsidies-for-bears-new-stadium/ Prop. to ban tax use for downed Bears Stadium

Do you feel worldly? Here’s a quiz about international borders – Orange County Register