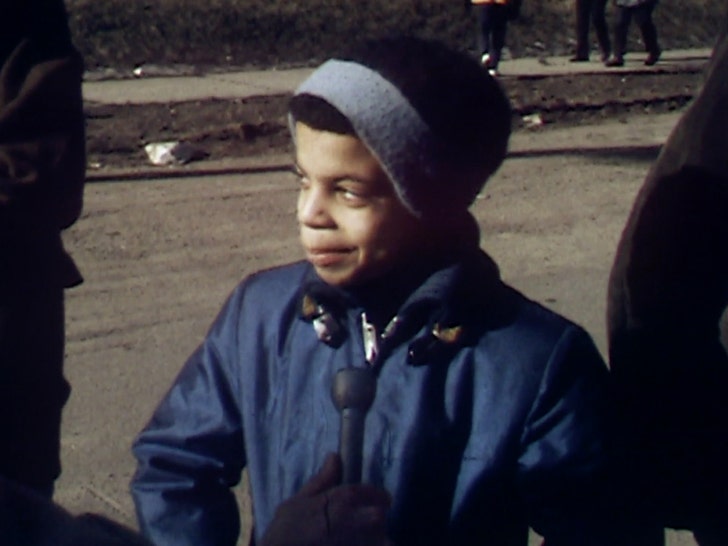 Here is prince at the age of 11 his first interview ever, but not about music – just a kid sharing his opinion on a teachers strike in Minnesota…an incredible piece of lost TV footage!

The clip, dated April 1970, shows a reporter from local TV station WCCO asking young Prince what he thought of the picket lines outside the schools. The kid was rocking a winter hat and the same sly smile the world would know 13 years later.

At first glance, the child looks a lot like Prince, but the reporter never asked the child’s name … so there was no on-camera proof that it really was Prince Rogers Nelson.

WCCO did some digging and tracked down other kids from the archive footage who shared their names but ran into some dead ends. Then they turned to the Prince historian Kristen Zschoellerwho gasped when she first saw the clip.

Zschomler says that in the video, it’s definitely Prince standing in front of his old Lincoln Junior High School turf… and she says footage of Prince as a kid is super rare.

The TV station received further confirmation that it was Prince and contacted an old classmate who recognized Prince and some of her other colleagues on the tape.

The only reason this Prince clip was exposed… WCCO restored some old footage to provide context on a teachers’ strike last month in the same school district.

Rihanna’s baby bump was her ‘date’ for the Oscars gold party: See the pics – Billboard