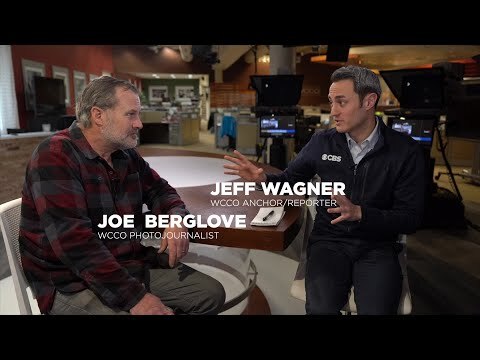 Minneapolis is in an uproar after local news station WCCO uncovered footage of an 11-year-old Prince answering a TV reporter’s question about a possible teachers’ strike at schools, including Lincoln Junior High, where Prince was. Filmed footage had been buried in the channel’s archives since 1970, when artist-born Prince Rogers Nelson was learning to play and fame was far away.

The discovery was made by Matt Liddy, a WCCO executive producer who is also a music fan. Liddy was sifting through the archives for a report of a March teachers’ strike in Minneapolis and was scrolling through footage from the network covering a 1970 strike when he came across a child wearing a knitted hat covering a cropped afro. The boy looked strikingly like Prince, but he was not identified in the clip.

“I immediately went to the newsroom and started showing it to people and saying, ‘I’m not going to tell you who I think that is, but who do you think it is?’ And every single person [said] ‘Prince,'” Liddy said, as quoted in Monday’s WCCO announcement of the discovery.

Joe Berglove, a station photojournalist, and host Jeff Wagner began researching the possibility by reaching out to Prince experts in the area. In the footage, another boy interviewed identifies himself as Ronnie Kitchen, who was known to be Prince’s classmate. They made progress after contacting Prince historian Kristen Zschomler, who reached out to the late artist’s childhood friends and family.

One of them, Terrace Jackson, met Prince at the kindergarten in north Minneapolis, he told WCCO. Jackson played in Prince’s first youth band, Grand Central. When Jackson first saw the clip, he recognized Kitchen. Then, referring to Prince by an early nickname, Jackson appeared in disbelief as his childhood friend answered the reporter’s question.

“This is prince. Stand up right there with the hat up, right? This is Skipper! Oh my god!” Jackson said, adding that Prince was “already playing phenomenal guitar and keys at this point.”

If you watch the short interview, the boy looks exactly like Prince, who died in 2016 at the age of 57. As teachers picket behind him, the boy responds to the reporter’s question with support for the striking educators.

Or, as he put his ethics more clearly a decade later: “Let’s work until morning comes.”

The first single from Beyoncé’s Renaissance is out tonight

Why is bowling banned in other countries? What does the latest lawsuit mean?