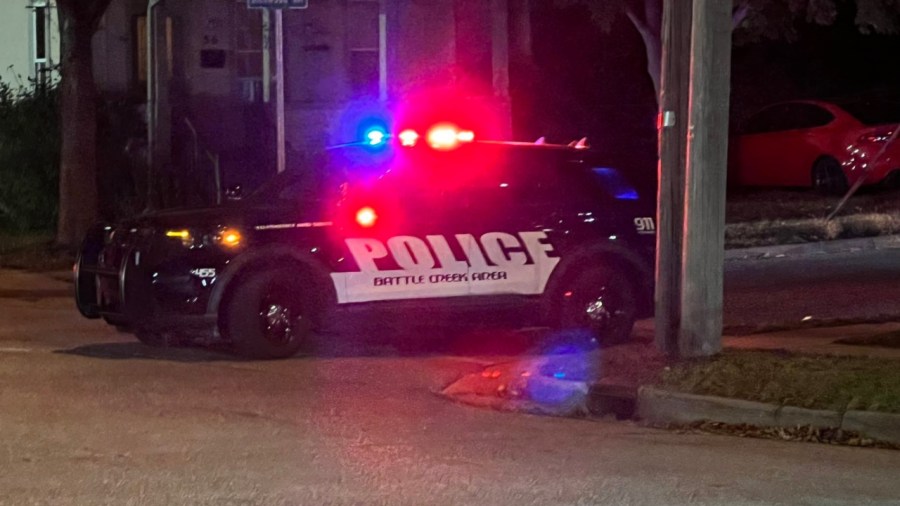 BATTLE CREEK, Mich. (WOOD) — No one was injured when shots rang out in a parking lot prior to Friday night’s Battle Creek Central High School football game, which Battle Creek Police said ended the game early.

At approximately 9:40 p.m., Battle Creek Police Department estimated that five to six shots were fired from a vehicle in a parking lot in front of CW Post Stadium on West Street between Champion Street and Garfield Avenue in Battle Creek. Officials say no people were hit by gunfire, but one vehicle was hit. No suspects are in custody yet.

A News 8 crew at the scene said the game was stopped with 53 seconds remaining on the clock. The Battle Creek Central football team went to the locker room and the Kalamazoo Central team quickly loaded and exited their bus. Fans left the stadium.

Details of the shooting are still unclear.

News 8 has a crew on site and is working to find out more. Check back soon for updates.