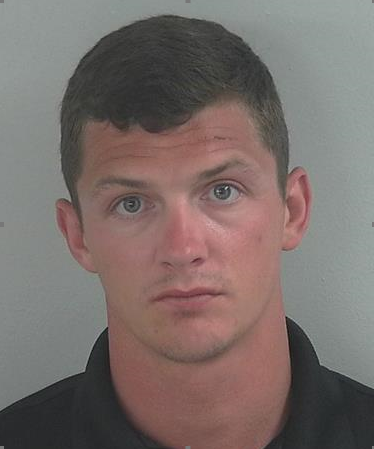 DEKALB COUNTY, Indiana (WANE) — An Auburn man is facing two counts of attempted murder after reportedly firing shots at officers and starting a four-hour standoff, according to the Auburn Police Department (APD).

At around 10:44 p.m. Thursday, APD called the 1900 block of South Wayne Street in Auburn with a report of a drunk driver.

Authorities determined that the reported vehicle “exceeds the city speed limit,” according to the APD.

Officers tried to stop the vehicle, which was being driven by 34-year-old Cory Carico, but Carico reportedly didn’t stop, prompting a pursuit.


Carico eventually drove into a field along State Route 8 before his truck got stuck in the mud, which eventually resulted in Carico getting out of his vehicle and firing more shots toward officers, according to the APD.

An APD Air Support Unit drone surveyed the area and notified police that Carico was the only one in the vehicle during the incident.

After a four-hour standoff, SWAT teams were able to use “non-lethal distraction devices” and chemical munitions to apprehend Carico without further incident.

The APD said officers did not fire any shots during the incident and no officers were injured.

Authorities took Carico to the DeKalb County Jail, where he now faces two counts of attempted murder, a Level 1 felony; resisting law enforcement with a vehicle, a level 6 felony; and Habitual Traffic Violator with a Habitual Offender Enhancement, which is a level 6 crime.

Why we love a Nepo baby

Chicago Giving Out 5,000 Free Bikes Over Next 4 Years; Applications are possible next week

“He was very authentic” – CBS Denver