A police K-9 and a potential murder suspect are dead after a pursuit in Georgia ended in a shooting in the woods on Friday.

Georgia State Watch and the Clayton Provincial Sheriff’s Office were called to assist with an attempted stop.

The driver initially stopped at the stop, but then sped away as officers walked towards the vehicle, according to the Georgia Bureau of Investigation.

State officials allegedly used a PIT move to stop the driver near Level Reefs Street and the vehicle eventually ended up in the woods.

Specialists tried to connect with the driver to calmly get him out of the forest, but he did not help the inspectors.

Witness Delbert Sanders told Fox 5 that when Georgia State Watch K-9 Figo was sent into the woods to “convince the man,” an officer attempted to converse with the man.

“Two or three minutes after they sent the dog into the woods, you started hearing gunshots,” Sanders said.

Shortly after Figo entered the forest, the suspect began shooting the dog and hitting him on various occasions.

Officers and delegates then began shooting at the suspect. He was articulated dead at the scene.

Why skills are more important than ever 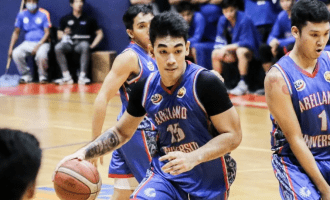 Atlanta’s Rich Wigga, Poor Wigga episode challenges what it means to be “black enough” in America