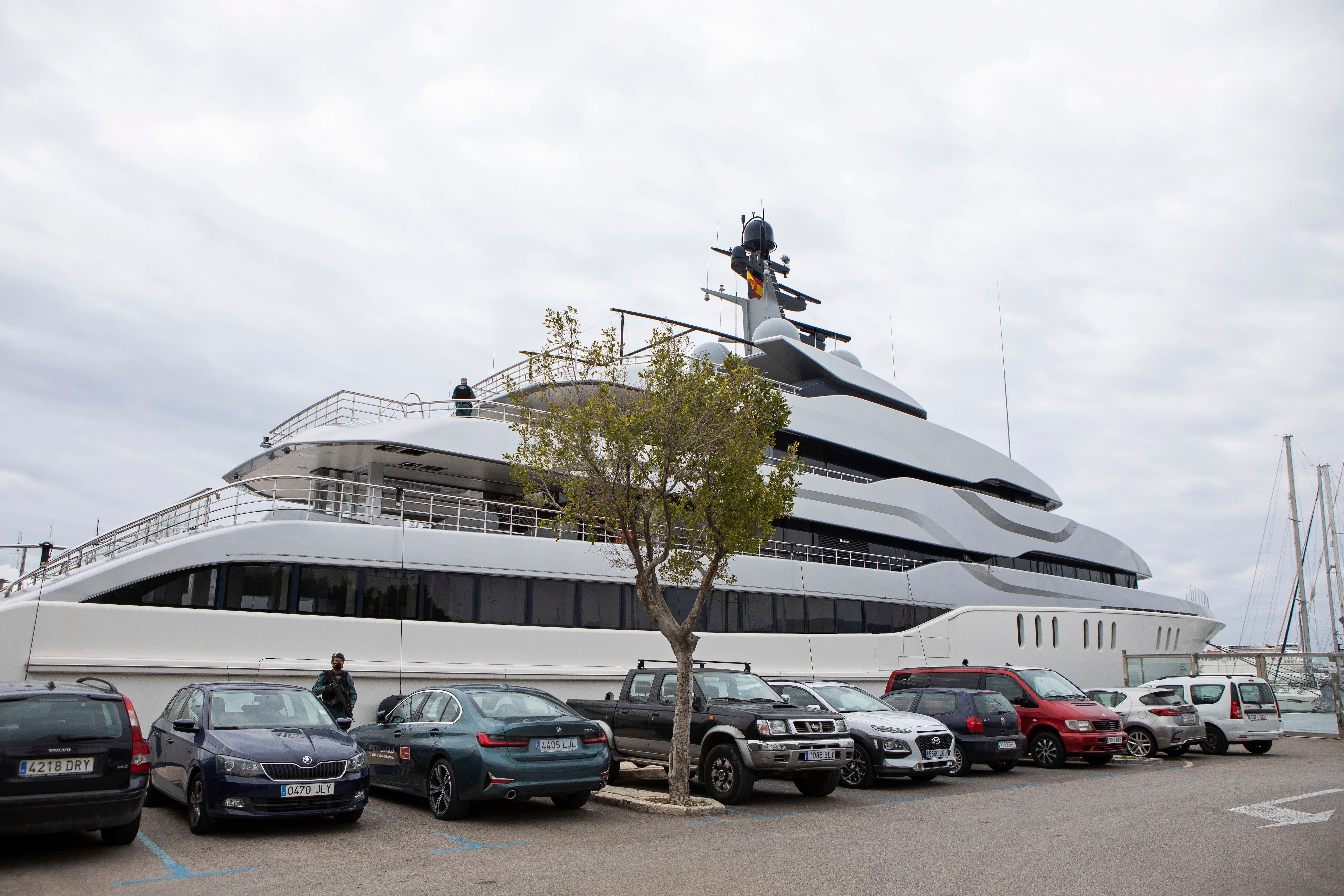 PALMA DE MALLORCA – US federal agents and the Spanish Civil Guard searched a yacht owned by a Russian oligarch with close ties to the Russian president off a Mediterranean island on Monday.

Police officers disembarked on the yacht at the Marina Real in the port of Palma de Mallorca, the capital of Spain’s Balearic Islands in the Mediterranean. Associated Press reporters at the scene saw police boarding and disembarking the boat Monday morning.

A spokesman for the Spanish Civil Guard confirmed that officers from Spain’s police and FBI were at the marina searching the ship Monday morning and said more details would be released later. The spokesman was not allowed to be named in media reports.

A Civil Guard source told The Associated Press that the immobilized yacht is Tango, a 78-meter vessel that flies the flag of the Cook Islands, and that Superyachtfan.com, a specialized website that showcases the largest and most exclusive leisure boats tracked around the world, valued at $120 million. The source was also not allowed to be named in media reports and spoke to the AP on condition of anonymity.

The yacht is among assets linked to Viktor Vekselberg, a billionaire and close ally of Russian President Vladimir Putin, who runs the Moscow-based Renova Group, a conglomerate that, according to U.S. Treasury Department documents, makes metals, mining, technology and other assets. All of Vekselberg’s US assets will be frozen and US companies will be banned from doing business with him and his companies.

Vekselberg has long-standing ties to the US, including a green card he once owned and homes in New York and Connecticut. The Ukrainian-born businessman built his fortune investing in the aluminum and oil industries in the post-Soviet era.

Vekselberg and Intrater have been thrust into the spotlight in the Mueller investigation after adult film star Stormy Daniels’ attorney released a memo claiming $500,000 in hush money was funneled through Columbus Nova to a shell company owned by Donald Trump’s personal attorney, Michael Cohen. Columbus Nova denied that Vekselberg had any role in his payments to Cohen.

Vekselberg and Intrater met with Cohen at Trump Tower, one of several meetings between members of Trump’s inner circle and senior Russians during the 2016 campaign and transition.

The 64-year-old mogul founded the Renova Group more than three decades ago. The group holds the largest stake in United Co. Rusal, Russia’s largest aluminum producer, among other investments.

Vekselberg was first sanctioned by the US in 2018 and again in March of this year, shortly after the invasion of Ukraine began. Vekselberg has also been sanctioned by authorities in the UK.

The US Department of Justice and Treasury launched sanctions-enforcement initiatives to “seize and freeze” huge boats and other expensive assets belonging to Russian elites after Russia invaded Ukraine in late February.

The White House has said many allied countries, including Germany, Britain, France, Italy and others, are involved in an attempt to gather and share intelligence against sanctioned Russians. In his State of the Union address, President Joe Biden warned the oligarch that US and European allies would “find and seize your yachts, your luxury apartments, your private jets.”

“We come for your ill-gotten gains,” he said.

https://www.ksat.com/news/world/2022/04/04/police-us-agents-searching-oligarchs-yacht-in-spain/ Police and US agents search oligarch yacht in Spain

Illinois Gov. JB Pritzker has been criticized by GOP gubernatorial rival Darren Bailey over the recent trip to Florida