Held items are a facet of the game that often goes unexplored in Pokemon Unite.

There is a surprisingly large number of held items in the game. However, the number of viable items seems to be much smaller. Many players just add Buddy Barrier and call it a day or fall into the trap of “running what everyone else runs”. However, how do all of these elements stack up against each other?

What Items Should Pokemon Unite Players Use? 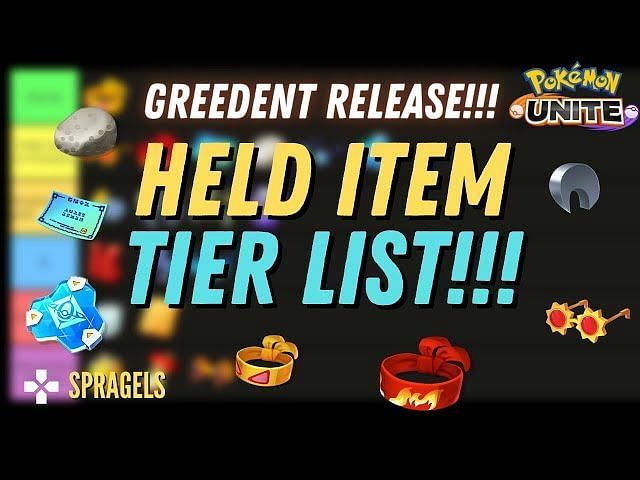 Needless to say, Buddy Barrier is good at this point, but after careful analysis, it really deserves the praise it gets. Almost every Pokémon needs this item to be present in team fights.

Players can get frustrated when they lose teamfights because each opponent will slam their unite move and shield each other.

These items can be used on pretty much any character, regardless of playstyle. For example, any player in the world can benefit from having their life saved in a teamfight by activating the Focus Band.

The same applies to Muscle Band, which provides a strong flat damage increase. Any character can use Score Shield to display a more offensive presence, but some characters benefit more from it (mostly Crustle).

These items can be great on certain Pokemon. Think of Absol, which typically uses both Razor Claw and Scope Lens. The latter increases crit rate more, while Razor Claw scales better with high-attack characters.

Choice Specs is usually a better choice for SP attackers whose stats scale over a wide range (Gardevoir).

The items enter much more situational territory. For example, it’s hard to find a reason to always use attack weight, but boy is that good for Lucario early in the game.

Most of these items used to be used fairly often, but have since been heavily declassified. The attack buffs Shell Bell offers pale in comparison to Muscle Band and Razor Claw. Also, not too many Pokémon benefit from Float Stone anymore.

Assault Vest is an odd case because it’s seen a lot online, but defensive characters will likely prefer to use Score Shield, Focus Band, and Buddy Barrier.

It becomes really difficult for these items to find use. In a game where citrus berries are everywhere, Eldegoss and Blissy heal teammates, and players can return to base at any time, HP recovery items are kind of pointless.

The chip damage that comes with Rocky Helmet is also negligible enough that players are better off ignoring it.

Edited by Sijo Samuel Paul
Sign in to reply

St. Mary’s won’t be intimidated in the NCAA tournament when they face UCLA

Rams’ Andrew Whitworth to retire; Punter Johnny Hekker on his way out