Petr Yan continues to insist that he will have an all-star cast of UFC fighters in his corner for UFC 273.

When it became known that Yan’s coaches from RCC Academy in Russia could not travel to the United States to corner him, Yan took to Instagram to appeal to Henry Cejudo and Sean O’Malley to step in.

I also have one condition, don’t try to give me your shitty advice, just bring the water and ice pack between rounds and we’re good twitter.com/HenryCejudo/st…

Both men accepted this invitation, but the general consensus is that this is mainly a publicity stunt. Nobody seriously expects them to go out with Petr Yan when he takes on Aljamain Sterling for the undisputed bantamweight belt.

During an interview with The MMA lesson, Petr Yan insisted that they would do it. He said:

“The situation has stabilized now, I have a few people willing to help me. So I’m hoping that Cejudo and Sean O’Malley will show up on Saturday night. You just have to make sure you don’t give me your bullshit advice. Just give me ice and water and I’ll be fine.”

“You’ll find out on Saturday night. No stress at all. Like I told you, there will be a short cornerman and a long one… Ariel, I told you I was serious about my corner, yes? Just wait, you’ll see on Saturday.”

Yan is currently in Florida preparing for his fight with the American Top Team. In a recent picture, he was training with ATT chief jiu-jitsu coach Marcos Parrumpa DaMatta and hitting coach Artem Levin. Both men would be able to provide ice, water and solid advice between rounds should Yan ask for it.

Watch the full interview with Petr Yan on The MMA Hour below: 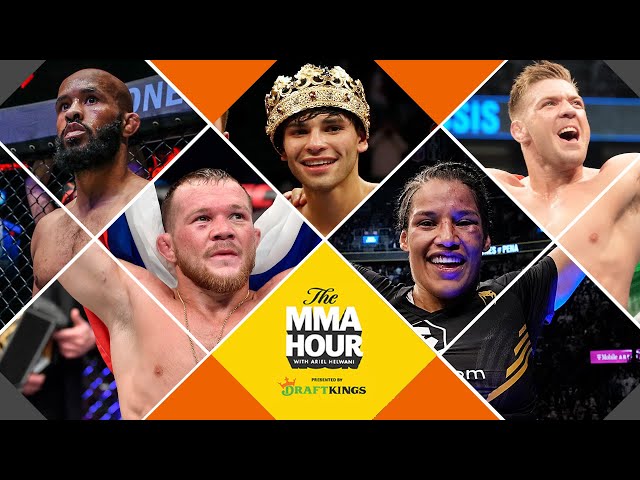 The first fight between Petr Yan and Aljamain Sterling ended in disqualification after Yan hit Sterling with an illegal knee. An emotional Sterling cried as Yan’s previous belt was placed around his waist and Yan made a joke at Sterling’s expense The MMA lesson. He said:

“I’ll make sure no more questions remain unanswered and you’ll see his crying face on your TV again.”

UFC 273 takes place on April 9 and will also feature a featherweight title fight between Alexander Volkanovski and “The Korean Zombie” Chan Sung Jung and a welterweight bout between Gilbert Burns and Khamzat Chimaev.

Watch the first fight between Yan and Sterling below:

WATCH: The Arkansas cheerleader creates a brilliant moment by freeing the ball caught up on the backboard against Duke