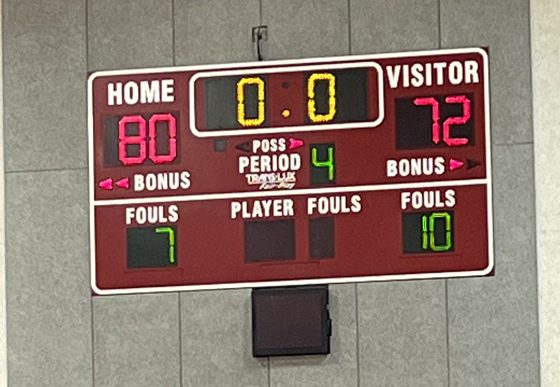 And Mater Dei has not lost two Trinity League games in the same season since the league was formed in the 2006–07 school year, according to the Mater Dei athletics website.

That changed Tuesday at Orange Lutheran, where the Lancers defeated Mater Dei 80-72.

It was the second straight league defeat for Mater Dei, who lost at home to St John Bosco on Friday. The Monarchs are 1-2 in the league and Orange Lutheran is 2-1.

The Monarchs have lost two or more league games in the same season only twice since Gary McKnight began his historic tenure as Mater Dei manager before the 1982-83 season.

The only other time Orange defeated Lutheran Mater Dei in the Trinity League was in the 2010–11 season.

No. 1 Mater Dei is 14-4 overall. The Monarchs play Friday night at No. 2 Santa Margarita.

Orange Lutheran is in St. John Bosco on Friday.

Chargers at Denver Broncos: Who comes out on top?