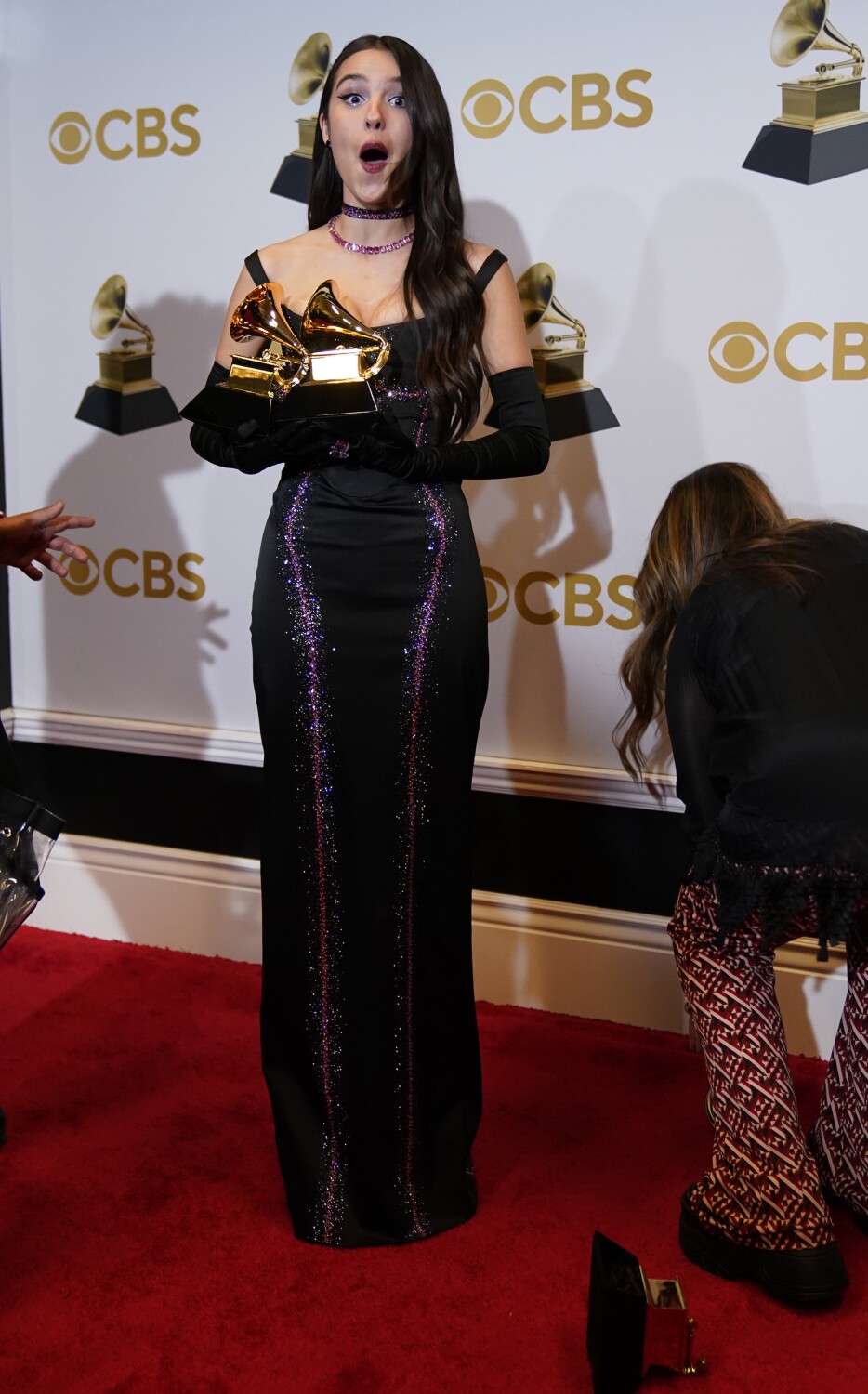 Olivia Rodrigo’s Grammys night turned sour for a few seconds in Las Vegas on Sunday. Like her idol Taylor Swift before her, Rodrigo dropped one of her three Grammy Awards and broke it while posing for photographers.

“Ohhhhhh!” A chorus rose from the photographers and others gathered backstage at the Grammys as the trophy bit the dust, according to a video posted by diversity. The horn broke off the small gold trophy on impact.

“Now you have two Grammys,” quipped another.

Luckily, Rodrigo got an assist and the statuette was put back together before the short photo session ended.

The 19-year-old singer-songwriter won a trio of Grammys for Best New Artist, Pop Vocal Album (“Sour”) and Pop Solo Performance (“Drivers License”). She also appeared on the show with K-pop stars BTS, which raised some eyebrows around the internet.

In 2010, Swift fiddled with one of the four Grammy Awards she won, with similarly satisfying reconstruction results.

In Lord of the Rings, dwarf women don’t necessarily have beards

Madonna is set to direct her own fucking biopic