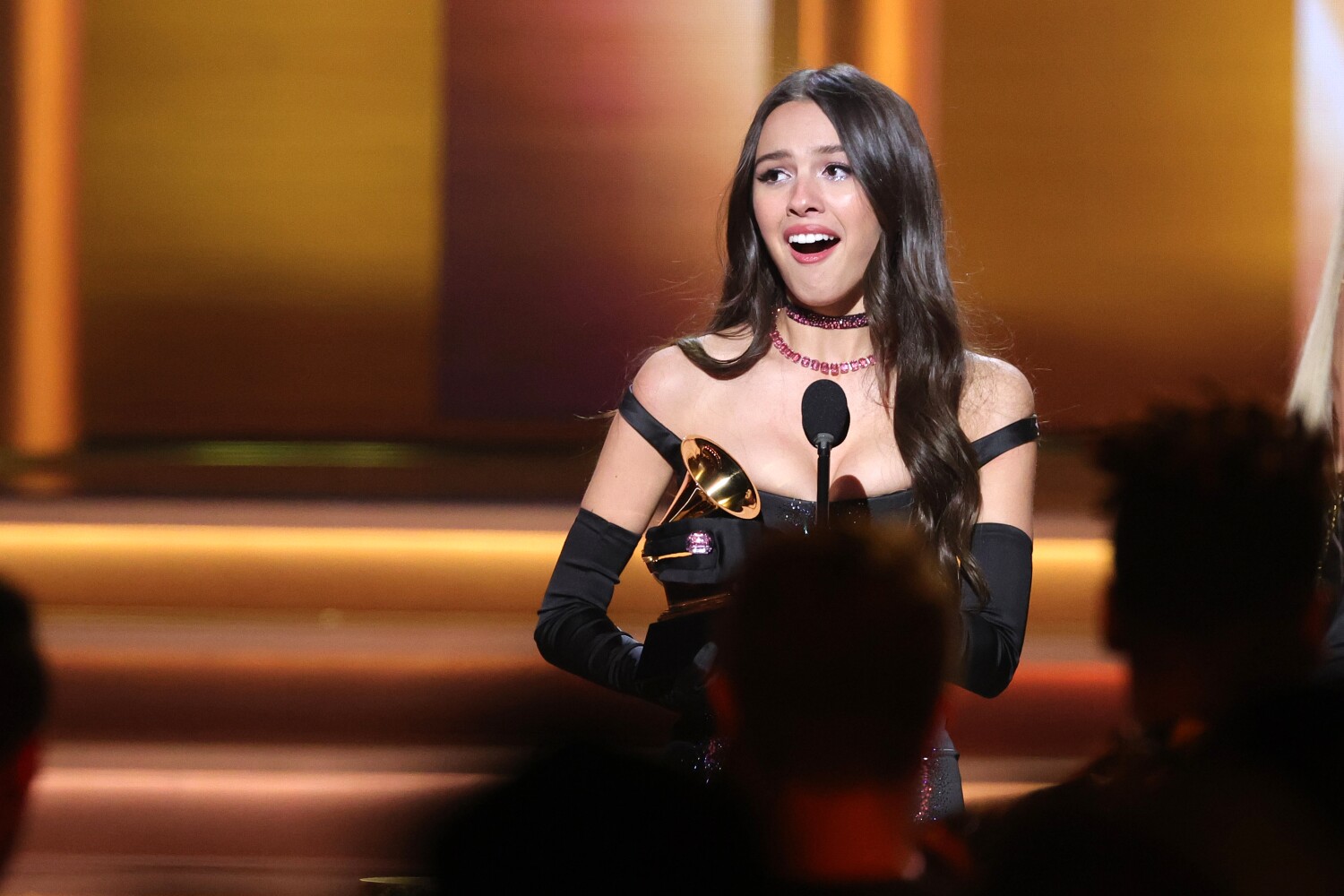 Olivia Rodrigo was named Best New Artist at the 64th Grammy Awards on Sunday night, underscoring a rapid rise to pop stardom that began in early 2021, when her song “Drivers License” became an instant cultural phenomenon.

Drivers License, a stately and dramatic piano ballad about a young woman who drives through the suburbs sobbing after a painful breakup, topped Billboard’s Hot 100 for eight straight weeks last year and helped propel Rodrigo’s debut album Sour into its own Arch No. 1. The 19-year-old singer has been nominated for seven Grammy Awards, including Album, Record and Song of the Year – becoming the second teenager in two years, after Billie Eilish, who was then 18, to be in the four major categories of the Grammys. in 2020.

The previous Sunday, she won the pop solo performance award for “Drivers License.”

Raised in Temecula, whose mother is white and father is Filipino-American, Rodrigo first found acting success in a number of Disney shows including High School Musical: The Musical: The Series. In 2018, she wrote a song for the show, the plaintive “All I Want,” which went viral on TikTok and led to a deal with Geffen Records.

“I’ve only ever seen myself as a songwriter,” she told The Times last year. “I remember the first time an article said ‘Olivia Rodrigo is the next big pop star’ — I thought, ‘There are so many things that come with ‘pop star’ that I never thought I would it would be. But I’ll take it.”

“Sour,” which Rodrigo wrote and produced primarily with Dan Nigro – an exception to being created by a committee that defines much of modern pop – yielded a second chart-topping single, the punky “Good 4 U.” After fans created YouTube videos pointing out the similarities between “Good 4 U” and Paramore’s 2007 hit “Misery Business,” Rodrigo retroactively named Paramore’s Hayley Williams and Joshua Farro as co-writers.

When asked about the experience, she told the Times: “I find it generally disappointing to see people discredit the skills and talents of young women. All music is inspired by other music and I think it would be so cool if a girl 15 years from now wanted to write a song inspired by something I did. That is the whole point of creativity.”

Rodrigo will kick off her first concert tour in Portland, Oregon on Tuesday. Her competition for Best New Artist at the Grammys included Finneas, Kid Laroi, Saweetie, Baby Keem and Japanese Breakfast, among others.

The sequel to Afterlife is coming next December