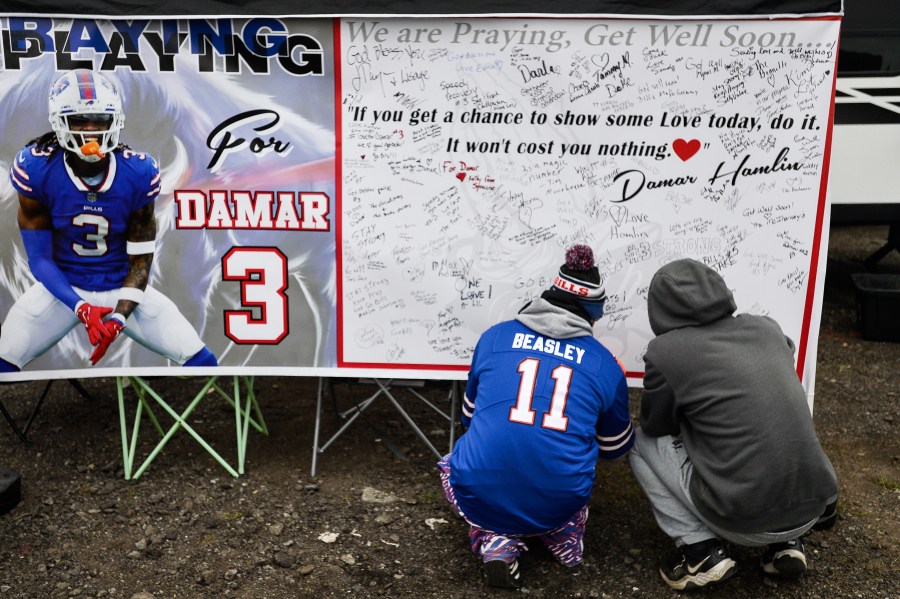 This comes a week after Hamlin suffered cardiac arrest while on the field with the Bills in their game against the Bengals, which was later canceled after being postponed. Since then he has been in the care of the University of Cincinnati Medical Center. He’s being transferred to another hospital in Buffalo.

Doctors said Hamlin began walking on Friday when a breathing tube was also removed. They say his recovery is on a normal to accelerated path and has not suffered any spinal injury.

“There is no reason to believe he will not continue on his road to recovery,” said one doctor, but said it was “entirely premature” to determine if Hamlin can play football again.

In a conference held last Thursday, doctors William Knight IV and Timothy Pritts announced that Hamlin was unable to speak yet but was able to communicate in writing due to a breathing tube.

‘You won the game of life’: Damar Hamlin awakens, asks who won the Bills-Bengals game


The next day he was taken off a ventilator and was able to speak. The 24-year-old is in his second season as an NFL player. Both years were with the Bills.

On Sunday, the Bills kept the New England Patriots out of the playoffs with a 35-23 win that included two kickoff return touchdowns from Nyheim Hines.

The doctors who spoke during Thursday’s conference plan to share more details about Hamlin’s health in a conference scheduled for 3pm on Monday. We will broadcast them live on this site.

Daly becomes the latest Fed official to raise the prospect of a 0.25 point rate hike

1 in life-threatening condition in shooting near downtown Fort Wayne

Here are the 55 candidates elected in LA in June