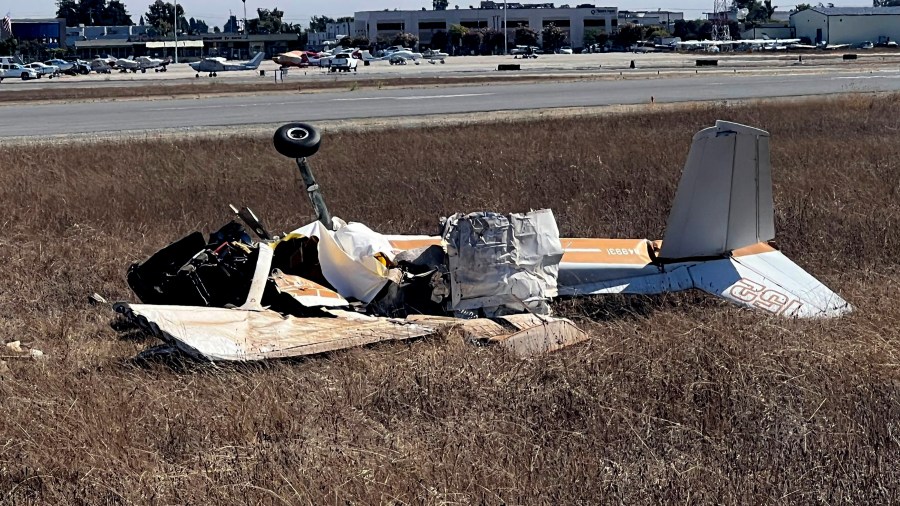 The planes crashed at Watsonville Municipal Airport just before 3 p.m., according to a tweet from the city of Watsonville. The municipal airport does not have a control tower to control planes when landing and taking off.

According to the Federal Aviation Administration, two people were aboard a twin-engine Cessna 340 and only the pilot aboard a single-engine Cessna 152 at the time of the crash. Officials say multiple deaths were reported, but it wasn’t immediately clear if anyone survived.


The pilots were on their final approaches to the airport prior to the collision, the FAA said in a statement.

The FAA and the National Transportation Safety Board, who didn’t immediately have more details, are investigating the crash.

Nobody was injured on the ground. The airport has four runways and hosts more than 300 aircraft, according to its website. It handles more than 55,000 operations a year and is widely used for recreational aircraft and agricultural businesses.

Watsonville, near Monterey Bay, is about 100 miles south of San Francisco.

Photos and videos posted on social media showed the wreckage of a small plane in a meadow at the airport. One image showed a plume of smoke visible from a road near the airport.

A photo from the city of Watsonville showed damage to a small building at the airport, with firefighters on site.

The planes were about 200 feet (61 meters) in the air when they crashed, a witness told the Santa Cruz Sentinel.

Franky Herrera was driving past the airport when he saw the twin-engine plane make a sharp right turn and hit the wing of the smaller plane, which “just crashed and crashed” on the edge of the airfield and not far from the houses, he told the newspaper .

The twin-engine plane kept flying, but “it had problems,” Herrera said, and then he saw flames on the other side of the airport.

Do you own one of these Apple devices? Update it now, experts say


The Watsonville Municipal Airport manager was unavailable for a phone interview in the hours after the crash. The airport accounts for approximately 40% of all general aviation activity in the Monterey Bay area, according to the City of Watsonville’s website.

The Watsonville Police Department routed calls to the Santa Cruz County Sheriff’s Office, where a dispatcher had no information.

Two other pilots were injured in plane crashes elsewhere in California on Thursday.

A 65-year-old San Diego man suffered serious but non-life-threatening injuries when his single-engine plane crashed on a road near a busy freeway overpass in El Cajon, authorities said.

The plane reportedly struck an SUV, but no one on the ground was injured in the city nearly 20 miles (32 kilometers) northeast of downtown San Diego.

Later, the pilot of a microlight was critically injured when it fell headfirst into a building at Camarillo Airport in Ventura County, about 60 miles (97 kilometers) from downtown Los Angeles.

https://wgntv.com/news/nexstar-media-wire/officials-at-least-2-die-after-planes-collide-in-california/ Officials: At least 2 die after planes collide in California

Made.com is considering raising fresh equity after a difficult year

What to do if you find a baby animal outside?

Belgium takes back mothers and children from Syria