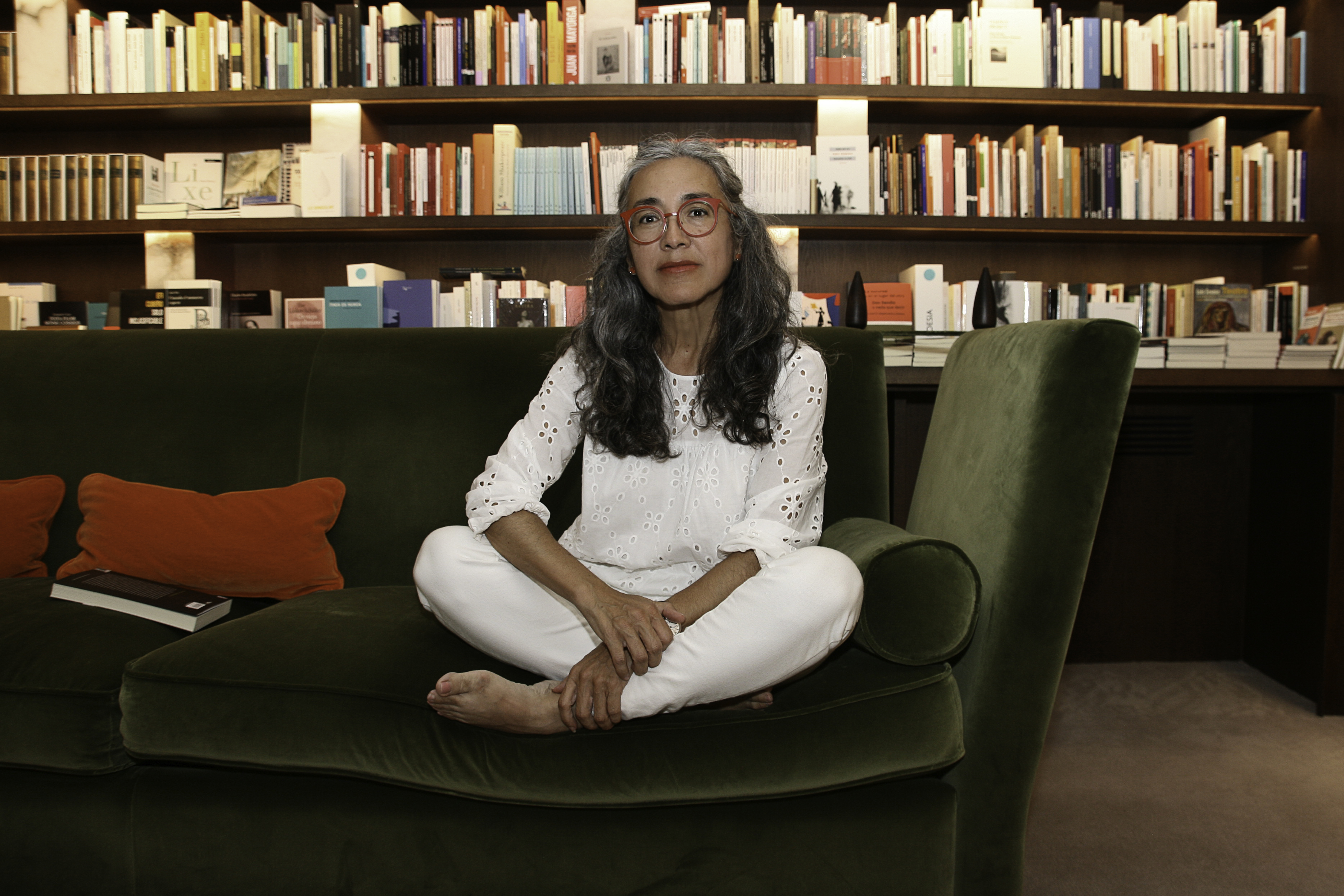 It took the award-winning author Cristina Rivera Garza Decades to be able to tell the story of her sister Liliana, who was strangled in Mexico City on July 16, 1990.

Liliana had been trying for years to end a relationship with her boyfriend, who was possessive and violent, according to notes and writings she left and subsequent interviews with Liliana’s friends, Rivera Garza writes in her new book: “El invincible Verano de Liliana”, which translates to “Liliana’s Invincible Summer”.

“A few weeks before the tragedy, Liliana finally made a final decision. … She would leave him behind. She would start a new life. She would do a Masters and then a PhD; she would travel to London. His decision was that without him she would have no life,” writes Rivera Garza, a professor at the University of Houston.

Liliana’s case has not been solved, although Rivera Garza’s research and book have led to important information about the case.

In a country like Mexico, where an estimated 10 women are murdered every day, the book has managed to transcend the literary sphere and join the intense societal debate about the uncontrollable rise in femicide and assault against women. Accordingly The World Health Organization, “Femicide is generally understood to mean the willful murder of women because they are women, but broader definitions include any killing of women or girls.”

In 2021, 1,004 femicides were registered in Mexico, a number that has fallen every year since 2015, when authorities began registering such cases.

Rivera Garza’s work has been widely translated and acclaimed by critics and the public in novels such as “No One Will See Me Cry” and “The iliac crest.” Her talent for creating stories with careful atmosphere and a masterful use of rawness has earned her several awards, including the Sor Juana Inés de la Cruz Award, the Anna Seghers International Award and the Roger Caillois Award, among others.

The boxes of notes and other papers written by her sister Liliana — an architecture student who also loved to write — sat in silence for years, waiting for someone to revive their words and thoughts.

After intensive archive work, interviews with family, friends and authorities as well as an honest memory exercise, Rivera Garza published a volume that takes the reader into the life of the young student and into her wishes and dreams.

“While she was in this world she took the trouble to put together her own record and I took her very seriously as if it were her direction to tell about her life and I very much respected what she said , without trying to interpret it from the present, but keep her voice,” said Rivera Garza in an interview with Noticias Telemundo.

The book also encourages deep reflection on grief. “Although it is a wound that will not heal, we now live a grief as a family filled with hugs and connection because of the readers’ sympathy,” the author said.

Although Liliana’s case hasn’t been solved, there has been some recent progress.

“We have made an email available for the public to send us information about the case. Readers have been very generous and we have received all sorts of tips, but one piece of information led us to a lead that the investigative teams from Mexico and the US are now following,” Rivera Garza said.

Below is an edited and condensed version of Rivera Garza’s interview.

What was the lead on Liliana’s case that readers emailed?

The case was deadlocked, long gone and we found that there was a valid arrest warrant. This made me think that the book might inspire other forces from the bottom up in the readers, and we were very fortunate.

The data we have received indicates that my sister’s suspected killer, known in Mexico as Ángel González Ramos, may have changed his name to Mitchell Angelo Giovanni in the United States in Southern California and died on May 2, 2020.

A success of the book is the use of language as a tool to introduce us to Liliana. … Was it difficult to achieve that tone?

This story had to be told from the victim’s point of view, with a new language. In extreme violence, the stories are reduced to numbers, a lost file, or a crime.

That’s why I wanted to use Liliana’s language as authentically as possible to review her life, and I couldn’t have done it without her archives.

The rise of femicides in Mexico seems uncontrolled. How can culture and media help to counteract this tragic development?

I think it’s important to keep our eyes wide open and very vigilant about these narratives that translate acts of violence against women into the language of crimes of passion. Patriarchy says women are always to blame; therefore we must fight against it, because that is the dominant language of the society in which we live.

Every day we have to remind the authorities of their responsibility. These crimes continue to happen because there is impunity, because a perpetrator of a woman’s murder knows he can get away with it with very little chance of justice.

What changes at the societal level could help eradicate this epidemic?

Aside from demanding that the state fulfill its duties, in our daily lives we need to criticize and reflect on ourselves when silence can make us complicit… in this violence.

Those who commit feminicide do not act in isolation, they are not monsters that we can recognize because they have distinctive traits. It’s men who appear normal, but they’re part of a system that favors them and turns a blind eye to violence, so I think we all have a great social responsibility.

After writing this book, do you feel like you know Liliana better?

I’ve always had doubts about the healing powers of literature… but in the book I wrote that one is never more defenseless than when one has no language, and this process allowed me to develop one to identify against acts, to describe and position extreme violence. … I think all Lilianas are still here with us because as we discover that through language we have the ability to call upon our loved ones, we can speak to them and keep them present.

When is the English edition of this book coming out?

It will be published by Hogarth Press in early 2023, but I also wrote it in English because I wanted to be responsible for all decisions in both languages. It will be a different version, it’s not just a literal translation. There are things that English allows me that Spanish doesn’t allow and vice versa, so I wanted to explore that.

Are there any special memories that you relived in the course of your investigation?

I knew that Liliana had a very good sense of humor because she and I would do entire sessions to make fun of everything, but when I spoke to her friends I found that she also shared her irony, sarcasm and liked her critical ability.

One of the things that broke my heart was that at the recent International Women’s Day march, someone handed me a picture of a jewelry store called Liliana in Mexico City and someone walked by and added the words “Rivera Garza.” At that moment I realized that the book is functioning as an artifact and is lying on the street. It’s not just me anymore who remembers my sister’s name, but many other women are also celebrating her life.

An earlier version of this story was first published in Noticias Telemundo.

https://www.nbcnews.com/news/latino/killings-women-mexico-persist-impunity-writer-says-rcna22858 Murders of women in Mexico continue because they are “with impunity,” the author says

Who will replace Kanye at Coachella? Offers to take his place Rush In - Billboard

A guide to the Hungarian elections

Ex-FBI Agent on Armstrong: Everyone who helped is on the hook