Meta will return Donald Trump to Facebook and Instagram “in the coming weeks,” in a polarizing move that will give the former US president back a vital platform ahead of his bid for the White House in 2024.

Trump, whose use of social media helped him secure the presidency in 2016, has been suspended from Meta’s platforms for the past two years after praising a group of his supporters who stormed the US Capitol on Jan. 6, 2021.

However, the $371 billion social media company will now allow its return because it has “put new guard rails in place to deter repeat offenders,” according to its president of global affairs, Nick Clegg, who oversaw the decision.

“The public should be able to hear what politicians are saying so they can make informed decisions,” Clegg said.

Reinstatement could give Trump a new megaphone to reach his supporters as he begins his campaign for the presidency in 2024, which has gotten off to a rocky start. The former president has 34m and 23m followers on his Facebook and Instagram accounts respectively, although he is currently unable to post.

It’s unclear if and when Trump, who launched his own fledgling rival social media platform Truth Social, will actually return. His account at meta-competitor Twitter was restored by the platform’s new owner, Elon Musk, in November, but he has yet to post on it.

“FACEBOOK, which has lost billions of dollars in value since it ‘deplatformed’ your favorite president, me, just announced they are reactivating my account,” Trump wrote on Truth Social after the announcement. “This should never happen again to an incumbent president or anyone else who doesn’t deserve retribution.”

In 2021, the day after the Capitol riots, Trump was suspended “indefinitely” because Meta boss Mark Zuckerberg described it as his decision to “incite a violent insurgency against a democratically elected government.”

This suspension was upheld by Meta’s Oversight Board, a Supreme Court-style panel composed of outside academics and experts that evaluates challenges to the company’s moderation decisions. However, the board questioned the lifetime ban, urging Meta to reconsider its decision within two years.

Trump’s return to the platform is likely to be welcomed by Republicans, who argue social media platforms have stifled free speech and deliberately targeted conservatives, the companies claim.

However, Meta’s decision will anger Democrats and online safety experts, who warn Trump’s rhetoric can cause real harm. 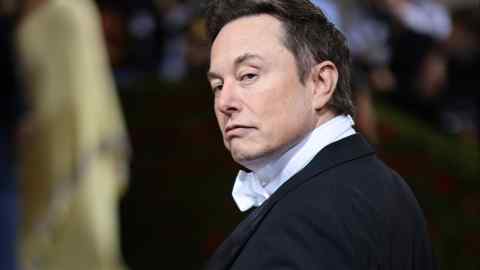 It comes as social media platforms continue to seek to manage the handling of controversial speeches and demands from politicians and global leaders.

On Wednesday, Clegg said Trump would face “increased penalties” for future offenses. If, for example, he posts further illegal content, he will be blocked “depending on the severity of the violation between one month and two years”, according to Clegg.

Meta could also seek to limit the reach of posts from Trump that aren’t necessarily against rules but “contribute to the kind of risk that happened on January 6,” preventing them from being shared, endorsed, or promoted switched, Clegg added. This includes content that “delegitimizes an upcoming election” or is associated with QAnon, a pro-Trump conspiracy theory.

Clegg said Meta assessed the situation, including “reviewing the conduct of the 2022 U.S. midterm elections and expert assessments of the current security environment” to assess whether the risk to public safety has decreased since Trump’s initial suspension.

“Our determination is that the risk has decreased sufficiently and therefore we should stick to the two-year deadline that we have set,” he said.

Hiltzik: Stem cell clinic and doctor get a $3.65 million bill