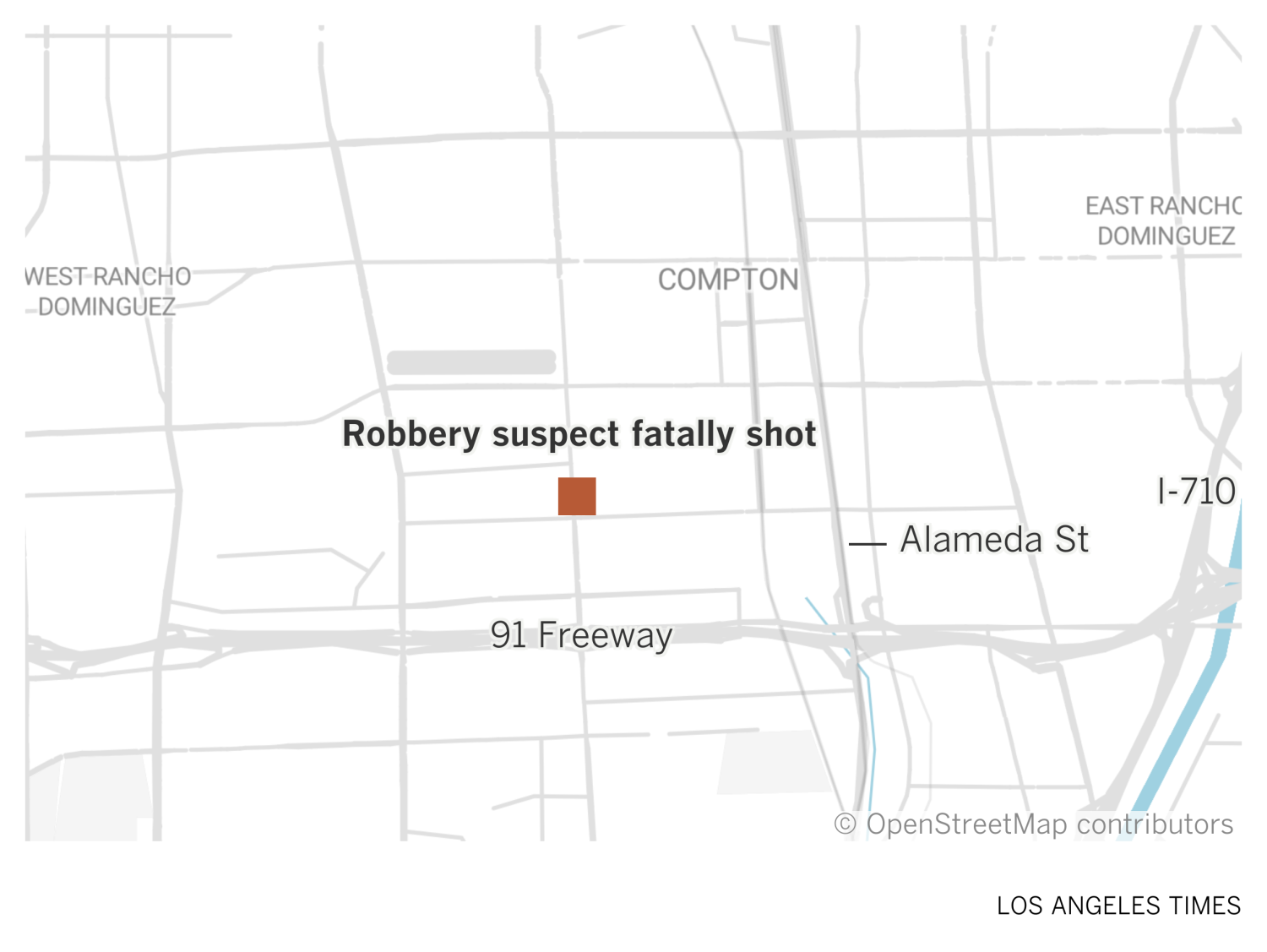 The deputies were responding to a report of a 6:54 p.m. shooting at the 1500 block of South Wilmington Avenue, according to the Los Angeles County Sheriff’s Department.

The shooting happened at a smoke shop at a mall on the block, local news outlets reported.

The warden “told deputies that four male adult suspects entered the location and attempted to rob it at gunpoint,” according to a sheriff’s department press release. “At the time, there was an exchange of gunfire between the security guard and one of the suspects. The suspects fled in a vehicle in an unknown direction.”

The warden, whose name was not released, was injured in a shootout with one of the men and taken to a local hospital, the sheriff’s department said.

One of the suspects was taken to a local hospital, where he was treated for gunshot wounds. He later died from his injuries, the sheriff’s department said. Authorities have not released his name.

The other three men are still at large, the sheriff’s department said. Both weapons involved in the shooting were recovered from the scene.

This is an ongoing investigation and anyone with information is asked to contact the Sheriff’s Department Homicide Office at (323) 890-5500.

The GR program prepares young people for the labor market