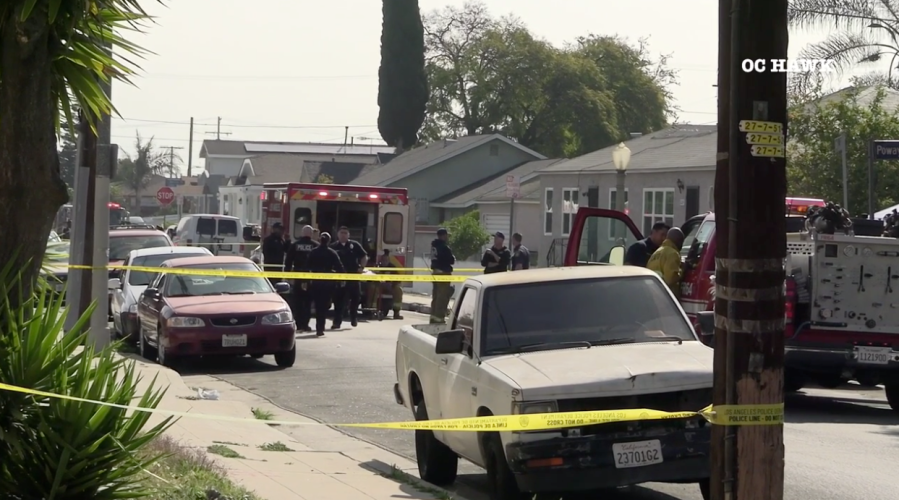 One man died and two others were hospitalized Monday morning in the Broadway-Manchester neighborhood of Los Angeles after a suspected fentanyl overdose, officials said.

The incident was originally reported around 9 a.m. on a 911 call that directed authorities to the 200 block of West 115th Street, Los Angeles, fire department spokeswoman Margaret Stewart said in a news statement.

Three men were found at the scene: two inside a vehicle were in critical condition, while another outside the vehicle was in fair condition. Two were transported but a 28-year-old man died.

“Evidence at the scene points to an overdose that resulted in death, leading to suspicion that the unknown substance is fentanyl,” officials said in one updated warning.

The call escalated into a hazmat response once first responders arrived on the scene and roads in the area were cordoned off.

All vehicles involved in the response were decontaminated for safety, LAFD Battalion Chief Scott Anderson said.

The substance will be tested and the Los Angeles Police Department will take over the investigation.

“Anytime anyone comes into contact with an unknown white powder substance, they should evacuate the area immediately and call 911 to have professionals attend to it,” Anderson said.

No further information about the incident was released.

The Grammys received even lower ratings than last week's Oscars

SWAT Feedback to a Synagogue in the Dallas-Fort Worth Area

The 35-year-old NHL defenseman is graduating from Michigan