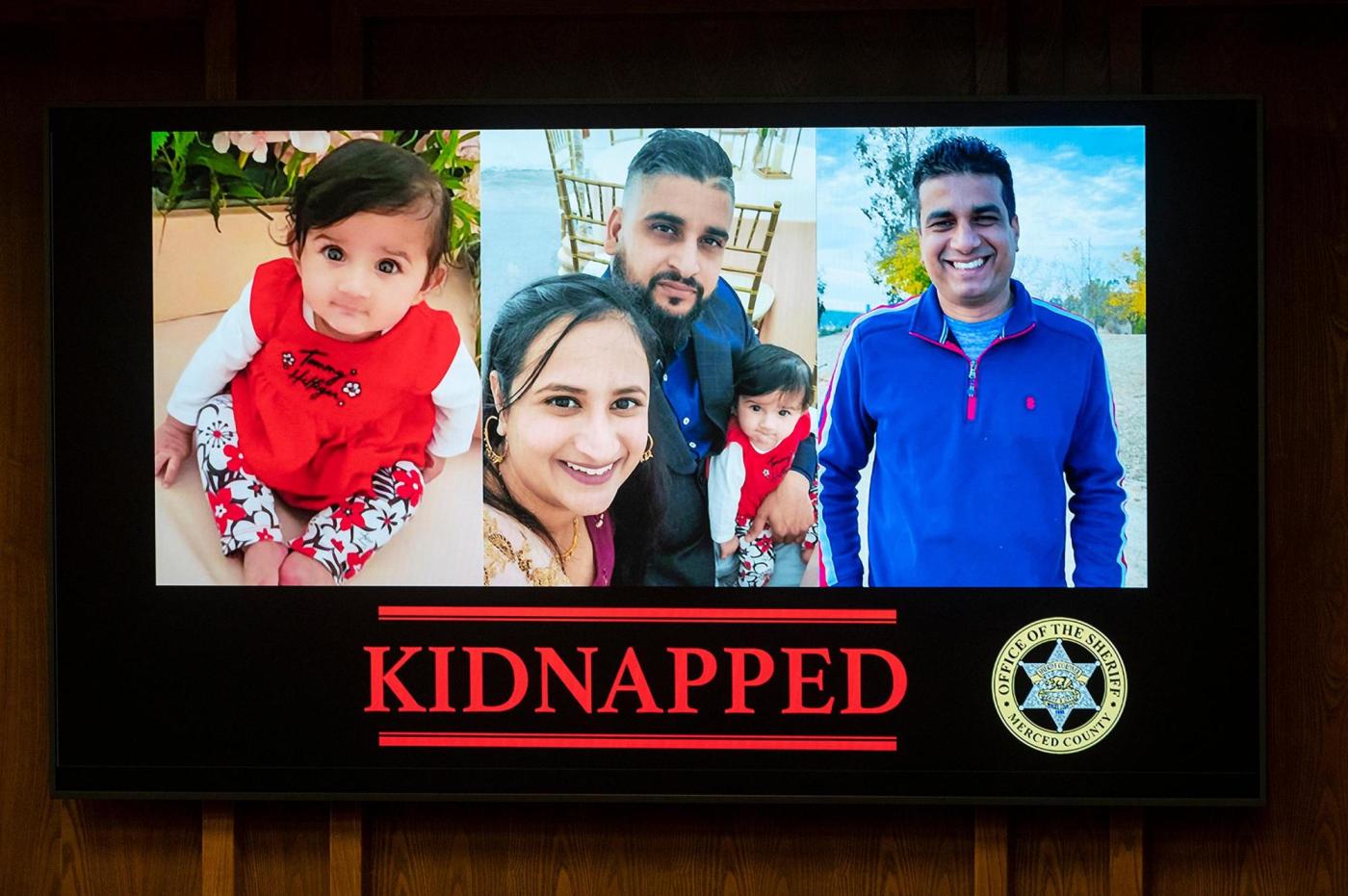 By STEFANIE DAZIO and OLGA R. RODRIGUEZ | The Associated Press

SAN FRANCISCO — The suspect in the kidnapping and murder of an 8-month-old baby, her parents and an uncle had worked for the family’s truck business and had a long-standing feud with them that culminated in an act of “pure evil,” the sheriff said Thursday .

The bodies of Aroohi Dheri; her mother Jasleen Kaur, 27; father Jasdeep Singh, 36; and Uncle Amandeep Singh, 39, were found late Wednesday by a farm worker in an almond orchard in a remote area of ​​the San Joaquin Valley, California’s agricultural heartland.

Investigators were preparing a case against the suspect – a convicted felon who attempted suicide the day after the kidnappings – and were looking for a person of interest believed to be his accomplice. Meanwhile, relatives and other members of the Punjabi Sikh community were shocked by the killings.

“Right now I have hundreds of people in one community grieving the loss of two families around the world. These families live on different continents,” Merced County Sheriff Vern Warnke told The Associated Press. “We must show them that we can do justice to them.”

The suspect, 48-year-old Jesus Salgado, was discharged from the hospital and taken to the county jail Thursday night on suspicion of kidnapping and murder, the sheriff’s office said. It was not clear if he had an attorney who could speak for him.

Warnke had previously asked the public prosecutor to demand the death penalty. The sheriff called it one of the worst crimes he’s seen in his 43 years of law enforcement and asked Salgado’s accomplices to turn themselves in.

“There are some things you will take with you to your grave. That was pure evil for me,” he said in an interview on Thursday.

The town of Merced, where the family’s truck business was located, will hold evening vigils Thursday through Sunday in her memory. The bodies of the victims were found near the town of Dos Palos, some 50 kilometers south of Merced.

Warnke declined to discuss the condition of the remains of the adults in the orchard on Thursday, but said it was unclear how the baby died. Warnke said the child had no visible trauma and an autopsy would be performed.

Salgado had previously been convicted of first-degree robbery using a firearm in Merced County, attempted false imprisonment, and attempting to prevent or dissuade a victim or witness. Sentenced to 11 years in state prison in that case, he was released in 2015 and paroled three years later, according to the California Department of Corrections and Rehabilitation. He also has a conviction for possession of a controlled substance, the department said.

Relatives of Salgado contacted authorities and told them he had admitted to them his involvement in the kidnapping, Warnke told KFSN-TV on Tuesday. Salgado attempted suicide before police arrived at a home in Atwater — where an ATM card from one of the victims was used after the kidnapping — about 9 miles north of Merced. Attempts to reach Salgado’s family were unsuccessful on Thursday.

The victims were Punjabi Sikhs, a central California community that is heavily involved in the trucking business, as many of them drive trucks, own trucking companies or other trucking-related businesses.

Public records show the family owns Unison Trucking Inc., and relatives say they have opened an office in recent weeks in a parking lot that the Singh brothers also run. It’s been a year since the feud with Salgado, the sheriff said, and got “pretty nasty” in text messages or emails. Further details about Salgado’s employment and the nature of the dispute were not immediately available.

Warnke said he believes the family was killed within an hour of the kidnapping Monday morning when they were taken from their shop at gunpoint.

Surveillance video showed the suspect – later identified as Salgado – leading the Singh brothers, their hands zipped together behind their backs, into the back seat of Amandeep Singh’s pickup truck. He drove the brothers away and returned a few minutes later.

The suspect then made his way back to the trailer used as a shop and escorted Jasleen Kaur, who was carrying her baby, out and into the truck before the suspect drove her away just before 9.30am

They were probably already dead.

Sinaloa Cartel Wives: Arguments for the Fight for the Final Immunity Agreement in the Case of Mia and Olivia Flores