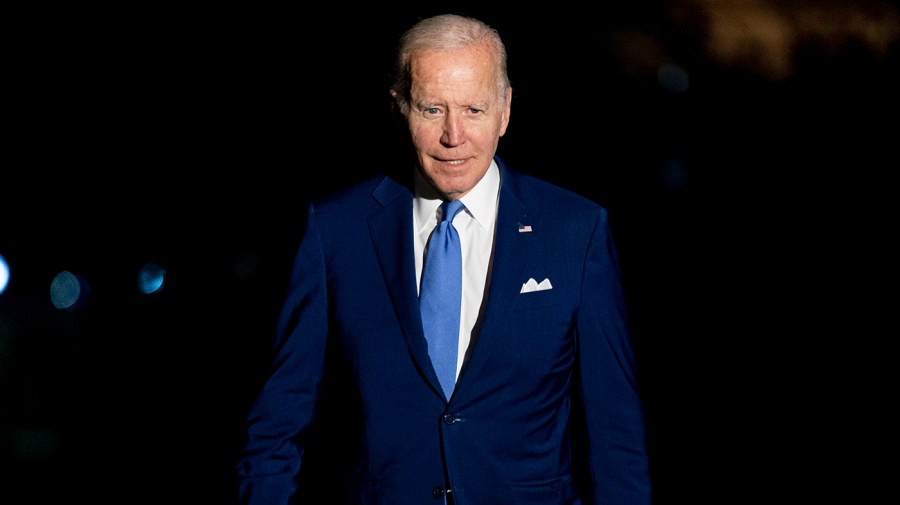 (The Hill) – Just 35 percent of Democrats and Democrat-aligned independents want President Biden to run for a second term in 2024, according to a new ABC News-Washington Post poll.

The poll, compiled by Langer Research Associates, found that 56 percent of Democrats want the party to choose another candidate for president, while 9 percent said they had no opinion.

Biden and his staff have stressed that the president intends to run again in 2024, though he hasn’t made a formal announcement.

“It’s far too early to make such a decision,” Biden said when asked about his intentions on CBS’s “60 Minutes” last week, adding that an official announcement would trigger multiple campaign reporting rules.


“I have a great respect for fate,” he continued. “And what I do is I do my job. I will do this job. And within the timeframe that makes sense here after this next election cycle, by next year, make your judgment on what to do.”

The poll found that 39 percent of respondents approved of Biden’s job performance, compared to 53 percent who disapproved. The president’s approval rating has been under water for more than a year and inflation is near a 40-year high.

Thirty-six percent of respondents agreed with Biden’s handling of the economy, while 57 percent said they would disapprove.

Despite the deficit in terms of his handling of the economy and overall performance, the poll found an increasing proportion of Americans believe Biden has accomplished a lot in the White House.

Forty percent said he has achieved a lot or a lot as president, up five percentage points from the poll last fall.

Democrats won a string of legislative victories this summer, including on issues like gun control, climate spending and semiconductors.

However, the 4 in 10 Americans who rate Biden’s achievements highly remain slightly below the historical average. Since 1993, the average has been 43 percent.

Langer Research Associates conducted the survey via landline and mobile phones between September 18 and 21 among a random national sample of 1,006 adults. The margin of error is plus or minus 3.5 percentage points.

A likely victory for the Italian right poses risks, but not a plunge into extremism

17-year-old boy fatally shot in Back of the Yards