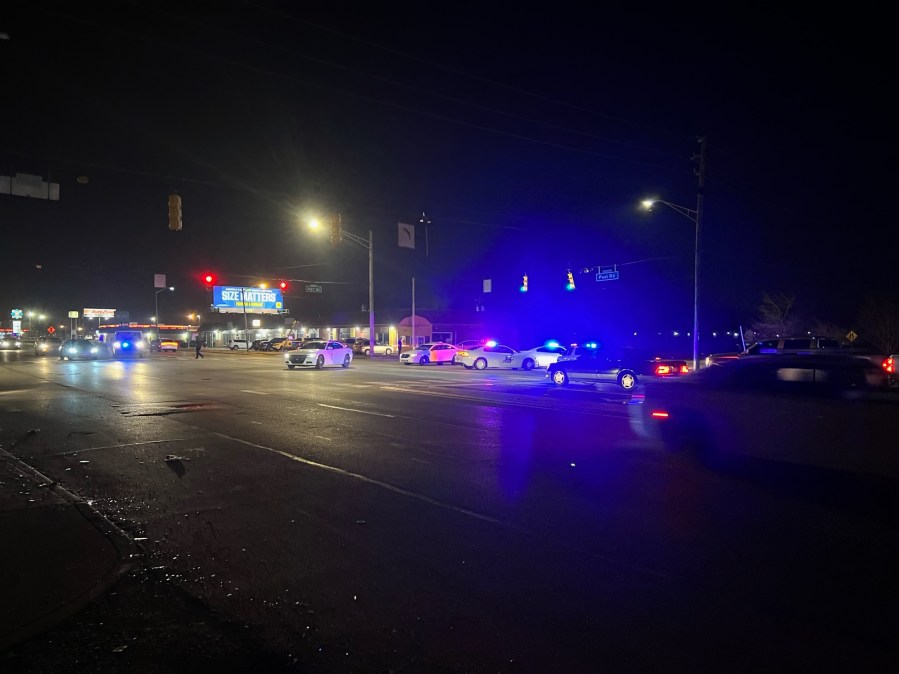 LAWRENCE, Indiana — An officer with the Lawrence Police Department is in the hospital after being shot on duty.

Police sources have confirmed that an LPD officer was shot in the leg on Tuesday night. Other officers at the scene applied a tourniquet, who then drove the injured officer to Eskenazi Hospital.

The officer’s condition and identity are not known at this time.

FOX59/CBS4 is crewed near the intersection of 46th Street and Post Road where there is a heavy police presence from Indianapolis and Lawrence officers.

Police received a call at approximately 9:30 p.m. where Burrwood Dr./Burrwood Ct. marked area. An ambulance was leaving the area when our crew arrived as shown below:

The Lawrence Fire Department confirmed the incident in a tweet around 10:10 p.m

“Our thoughts and prayers are with the injured officer, his family and his @Lawrence_Police family,” the tweet said.

“My prayers are with the Lawrence police officer who was shot tonight,” Harrison tweeted at 9:45 p.m

The FTX boss invested in the Paradigm fund, which backed his crypto exchange