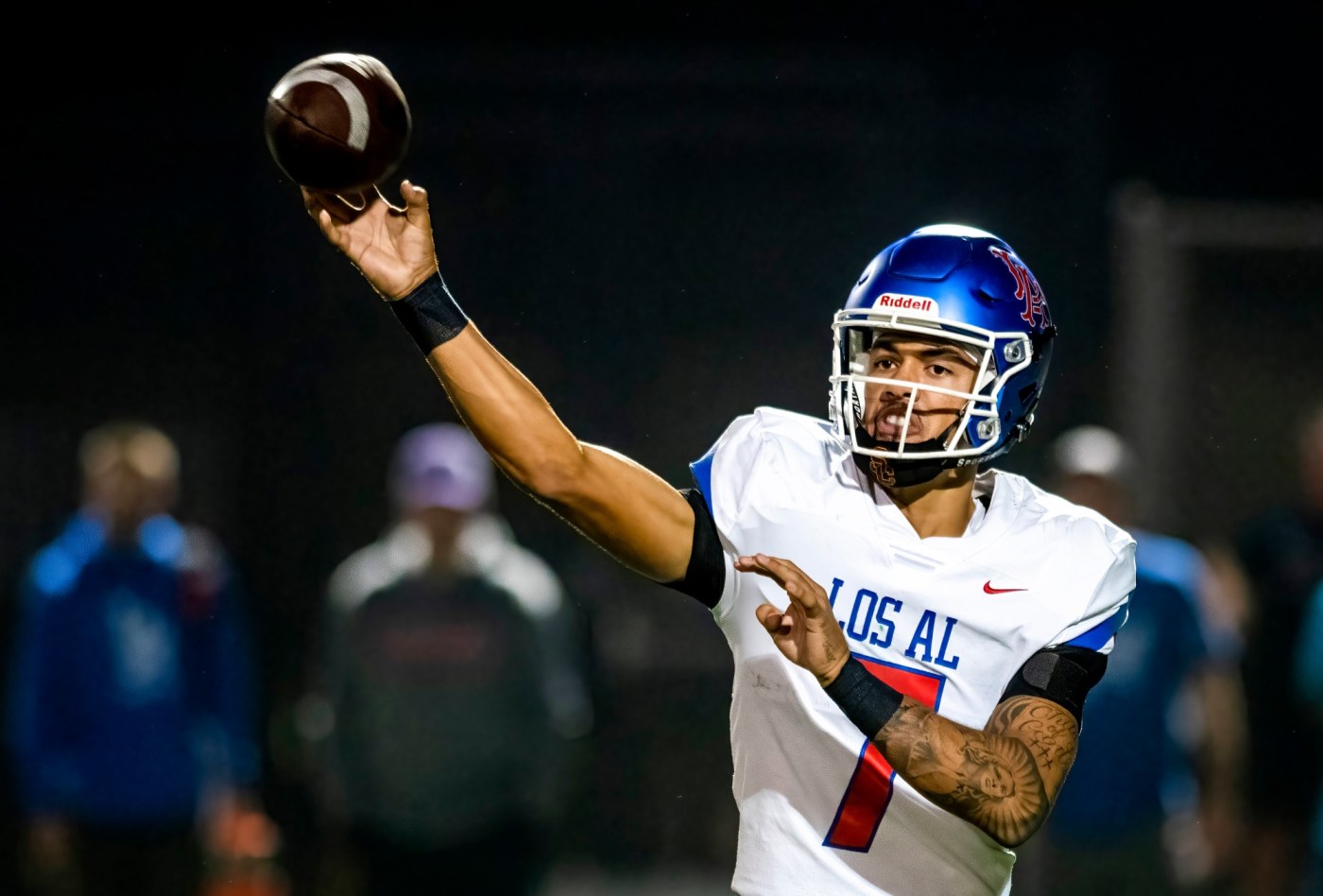 Los Alamitos quarterback and USC signee Malachi Nelson was named Gatorade California Footballer of the Year for a second time and is a finalist for Gatorade’s National Player of the Year award.

Nelson, who graduated from Los Alamitos in December for early enrollment at USC, was named a sophomore Gatorades State Player of the Year during the coronavirus-shortened spring 2021 season.

The Gatorade award considers athletic achievement as well as grades and character on and off the field.

Nelson led the Griffins (9-3) to a third straight Sunset League title unbeaten and a trip to the CIF-SS Division 1 semifinals, where they lost to Mater Dei.

He maintained a 3.35 GPA and helped a Pop Warner league in Los Alamitos as a coach and with a donation from his NIL allowance.

“It was a good time to give something back to the children,” Nelson said recently about his commitment. “I made a deal with this car company and we were able to donate about $10,000 to the program.”

Nelson played with a torn labrum in his non-throwing left shoulder this season. He was due to have surgery in December.

In the defeat against Mater Dei he had back spasms.

Nelson ended his four-year career with Los Alamitos with nearly 8,000 yards in passing and 105 touchdowns.