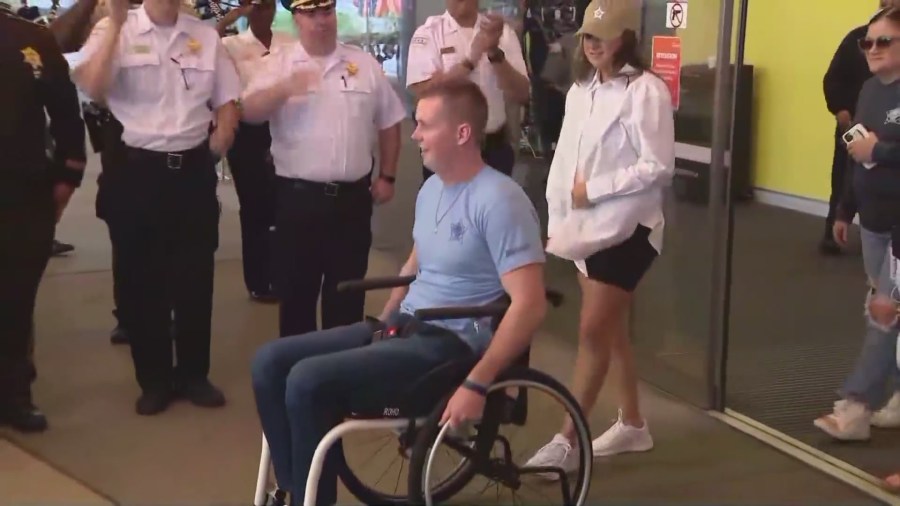 CHICAGO — A fundraiser with a little Irish flair was held on Chicago’s North Side on Sunday, aimed at helping a police officer who is recovering after trying to be a good Samaritan a few months ago.

That officer’s name is Danny Golden, who was off duty on July 9 when he tried to intervene in and break up a bar fight near West 104th Street and Western Avenue on the south side of town.

Golden tried to de-escalate the situation when someone in the group opened fire, a bullet hitting his spine and paralyzing Golden from the waist down.

“I told Dan that night that he encountered three bad guys,” said Pat Golden, Danny’s father. “But since then he’s met millions of incredibly nice people.”


In fact, the road to recovery has been tough so far, but the support for Golden and his family has been overwhelming.

“We get letters from Ireland,” said Pat Golden. “We’ve had letters from the O’Brien’s in Dublin sending mass intentions and get well, it’s amazing.”

Three men have been charged in connection with the shooting of Golden, all three have pleaded not guilty.

Family: Off-duty officer who was shot in Beverly Bar is paralyzed


A GoFundMe page has been set up to help pay for medical expenses while Golden goes through recovery. The site has received nearly $1.5 million in donations so far.

“I’ve never met such a happy guy in my life,” said Lyon Police Chief Tom Herion, who helped organize Sunday’s fundraiser. “…If anyone is going to be successful, it’s Danny Golden. For me there is no doubt.”

Costco's CFO discusses the future of a $1.50 hot dog and soda deal on a conference call

Don't worry darling, you're at the top of the register

‘THIS IS A DRILL’: Evacuation alert sent via LA County in error

Why did Uganda send troops into the Congo?