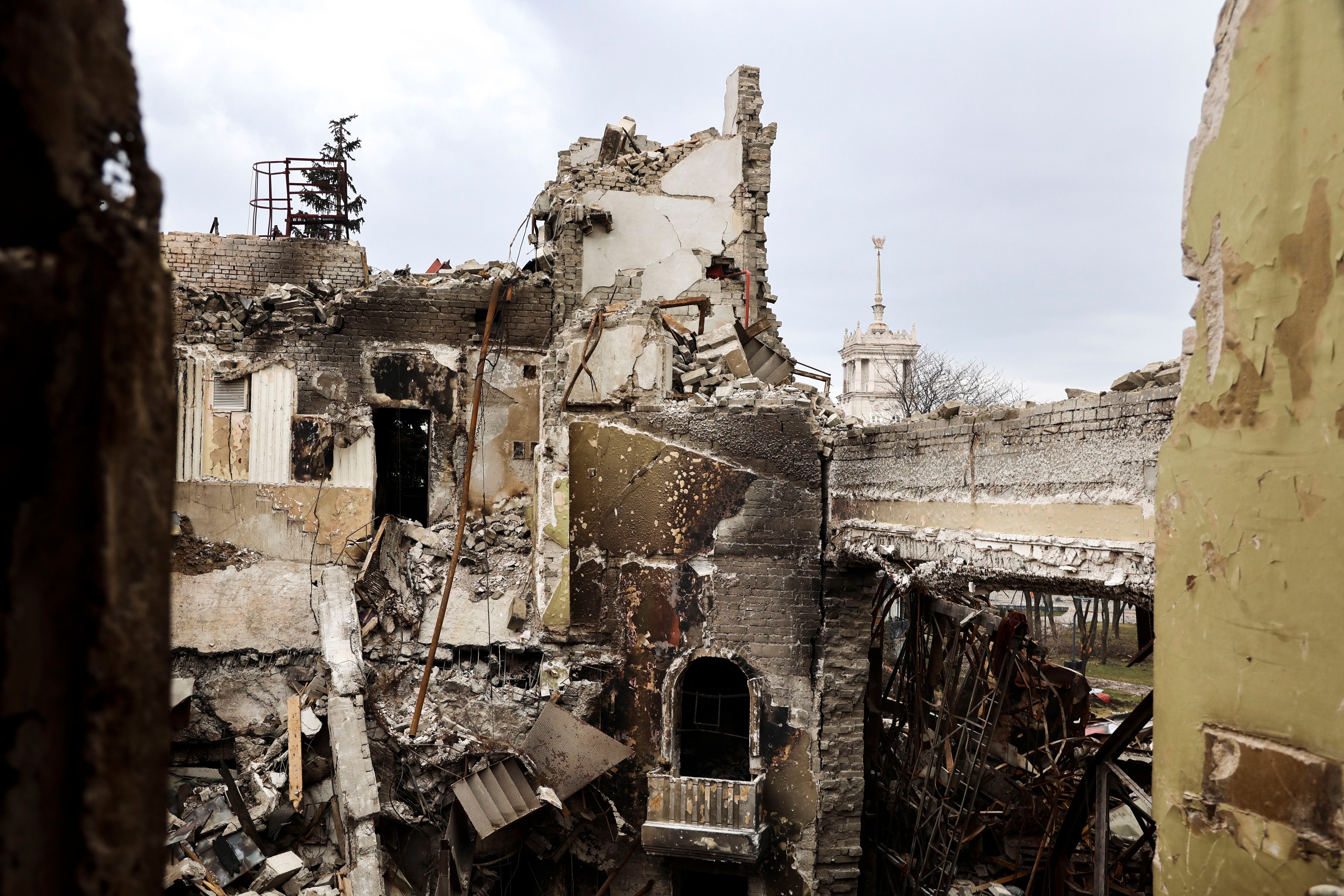 LVIV, Ukraine – Ukraine’s General Staff reports Tuesday morning that Russia is redeploying its troops and preparing for an offensive in Donbass.

“The goal is to gain full control over the territory of the Donetsk and Luhansk regions,” read the update posted on the General Staff’s Facebook page.

In the Donetsk and Luhansk regions, the Russian military is focusing its efforts on seizing control of the cities of Popasna and Rubishne, as well as gaining full control of Mariupol, the General Staff said. Other cities and settlements in the two regions continue to be shelled.

According to the General Staff, Russian troops are also blockading Kharkiv.

KEY DEVELOPMENTS IN THE RUSSIA-UKRAINE WAR:

— Zelenskyy to Address UN amid outrage over civilian deaths

– Go to for more coverage

BANGKOK — A World Bank report says commodity disruptions, financial strains and higher prices are among the shocks from the war in Ukraine that will weigh on economies in Asia in the coming months.

The report, released on Tuesday, forecasts slower growth and rising poverty in the Asia-Pacific region this year. Growth for the region is estimated at 5% versus the original forecast of 5.4%. He expects China, the region’s largest economy, to grow by 5%.

The report says “multiple shocks” are compounding problems for people and businesses, and governments whose finances have been stretched by the pandemic have less capacity to help.

UNITED NATIONS – A senior official in the global campaign against the use of landmines is calling on Russia to stop the use of these weapons in Ukraine, which all too often kill and maim civilians.

Alicia Arango Olmos, Colombian Ambassador to the United Nations in Geneva and this year’s President of the 1997 Convention Banning the Production and Use of Landmines, expressed deep concern over media reports that Russia is using landmines in its war in Ukraine.

She pointed to Human Rights Watch, which reported on March 29 that a Ukrainian explosives disposal technician had discovered banned anti-personnel mines in the eastern Kharkiv region a day earlier.

The rights group said Russia is known for possessing the type of mines that have been discovered, but Ukraine does not have them.

Arango Olmos told a news conference on Monday that Ukraine is one of the 164 states party to the convention, but Russia is not.

Monday was the International Day for Mine Awareness and Assistance to Mine Action.

LVIV, Ukraine – Ukraine’s Foreign Minister Dmytro Kuleba said he spoke with UN Secretary-General Antonio Guterres on Monday about the events in Bucha, which appear to have involved premeditated killings in the city on the outskirts of the capital Kyiv.

“No place for Russia in the UN Human Rights Council,” Kuleba said on Twitter. “Ukraine will use all available UN mechanisms to gather evidence and bring Russian war criminals to justice.”

Videos and photos of streets in Bucha littered with the bodies of civilians, some with their hands tied behind their backs, have prompted global disgust, calls for tougher sanctions and Russia’s expulsion from the United Nations’ main human rights body, the Human , led rights council.

According to Ukraine’s Prosecutor General Iryna Venediktova, the bodies of 410 civilians have been removed from towns in the Kyiv area recently recaptured by Russian forces.

Associated Press journalists have reported seeing dozens of the bodies at various locations in Bucha, northwest of the capital.

PARIS — France’s foreign ministry announced on Monday that France has decided to expel “numerous” Russian diplomats because their “activities are contrary to our security interests.”

The announcement came hours after Germany said it would expel 40 diplomats and Lithuania said it had expelled the Russian ambassador and would recall its envoy in Moscow. No number was initially given as to how many were expelled from France.

The German news agency dpa quoted Interior Minister Nancy Faeser as saying that the expelled diplomats were the ones “we attribute to the Russian secret services”.

“We will not allow this criminal war of aggression to be waged as an information war in Germany,” says Faeser.

Big Fendi says $400,000 and his jewelry were stolen from a Miami hotel with the help of security guards