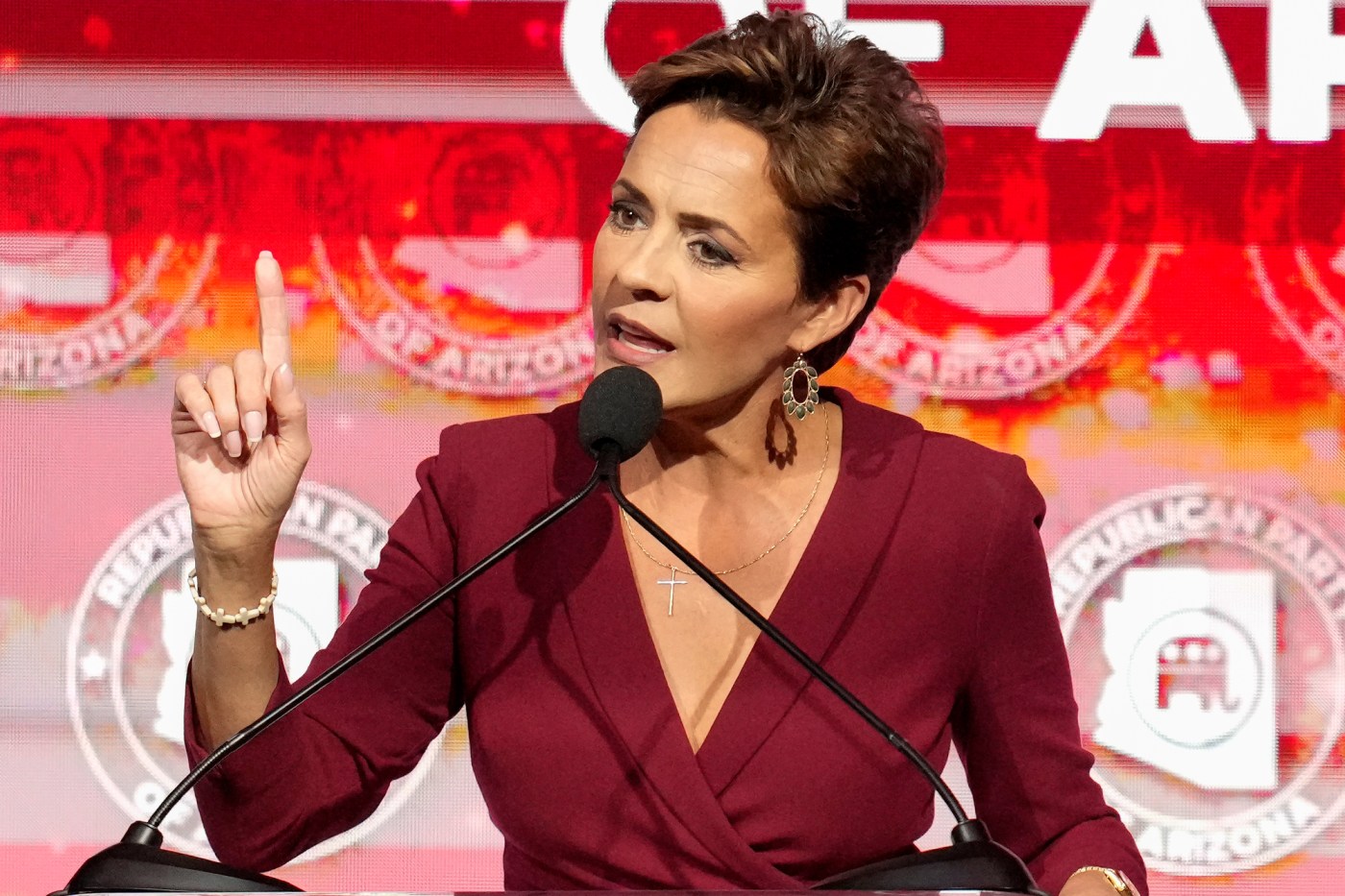 PHOENIX — Kari Lake, the defeated Republican nominee for Arizona governor, refused to admit and said Thursday she is assembling attorneys and gathering evidence that voters are struggling to cast ballots on Election Day while she ponders her next move.

Lake didn’t mention giving up in a 2 1/2 minute video in her most lengthy public comment since losing the election. Before the election, she had refused to say she would back down if she lost the race to Democrat Katie Hobbs.

“Rest assured that I have assembled the best and brightest legal team and we are exploring all avenues to rectify the many mistakes made over the past week,” Lake said. “I’m doing everything in my power to correct these mistakes.”

She pointed to long lines at some polling stations, exacerbated by problems with ballot printers at about a third of polling centers in Maricopa County, the state’s largest county. She said the troubles had disenfranchised voters who couldn’t wait at the polls.

“What happened to Arizonans on Election Day is unforgivable,” she said.

County elections officials said all ballots were counted and voters were able to walk to any polling station in the county, many of which had little to no queues and wait times were posted online.

Election officials traced the problems to a printer setting that sometimes caused ballots to print too faintly for on-site tabs to read. They said they used the same settings in the August primary and for pre-election testing and there were no widespread problems.

About 17,000 ballots were not scanned at county-based polling stations, but were instead placed in a collection box to be counted by more modern machines at the county voting center. The collection box has become known as “box three”.

Bill Gates, the Republican chairman of the Maricopa County Board of Supervisors, has accused state GOP chairwoman Kelli Ward and other prominent Republicans of causing delays and long lines for telling their supporters not to use box three.

“This team, we took our responsibility for it,” Gates said Monday. “But I’m not willing to take responsibility for problems caused by others. And I realize those lines were longer because the leaders of a political party were spreading misinformation.”

Republicans asked a judge to extend polling hours because of the problems. The judge refused, saying they had presented no evidence that anyone was disenfranchised.

Democrats overwhelmingly voted on ballots they received in the mail. The in-person votes on Election Day strongly favored the GOP because Lake and other prominent Republicans had claimed it was safer, which election experts dispute.

Lake has said little since The Associated Press and other news organizations called the race for Hobbs on Monday. Late Wednesday, she posted a video of campaign clips with the captions, “I won’t back down.”

Her Thursday video said Hobbs, who is currently Secretary of State, should have withdrawn from any role in the election. The secretary of state creates electoral procedures and certifies equipment, but her office doesn’t count ballots, a job done by the state’s 15 counties.

https://www.ocregister.com/2022/11/17/lake-refuses-to-concede-arizona-governors-race-she-lost/ Lake refuses to concede the Arizona governor’s race, which she lost

Train at the Tracks event rolls to Hershey