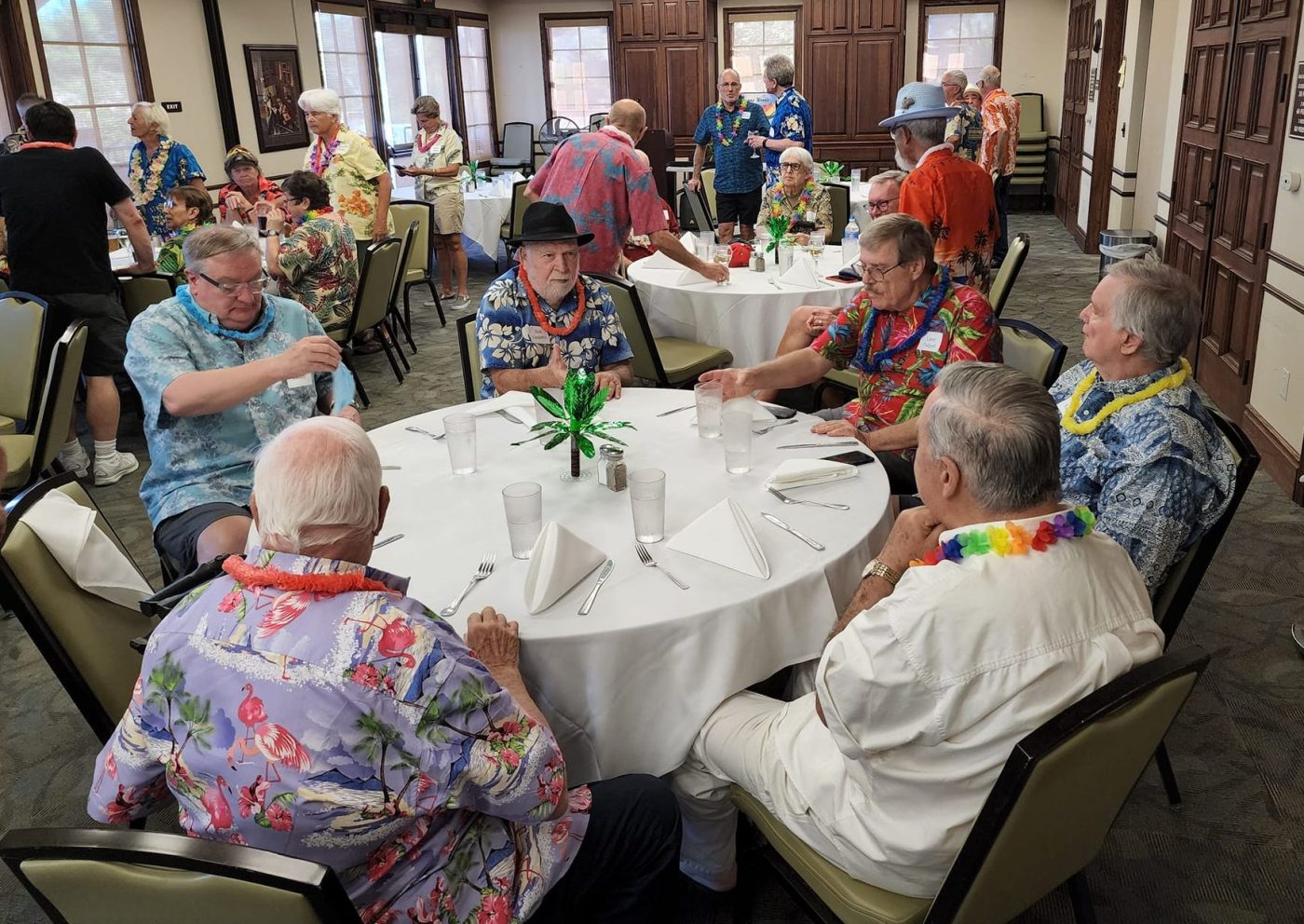 The Rainbow Club has been a valued part of Laguna Woods for many years. Founded by Patricia “Pat” Mayo in 1994, when the club was still known as GAYLES, it sought to bring together members of the village’s LGBTQ community. This has been the main purpose of the association for more than 28 years.

“I’ve made more friends here in my seven years, probably the first three years, than I have in 30 years (in Whitter, California), both gay and straight,” said Robert Cunningham, the club’s treasurer. “All the clubs have been great, but the Rainbow Club has been particularly good for me, so I appreciate it.”

The Rainbow Club has around 82 members, both male and female, many of whom join the club seeking a more intimate group and gathering than the other Village Clubs offer. Making connections within the congregation is not difficult, club members say; In fact, many make friends that go beyond the club.

Boyd moved to the Village from Dallas in 2017.

“For me, the social aspect is a very important part of where I live,” he said. “I didn’t want to move to California and live on an island where you don’t feel comfortable with your surroundings. For me, the Rainbow Club made this an important and successful part of my move to Orange County.”

Larry Delira also considered the club before deciding to move to the Village from Los Angeles County nine years ago.

“We did a little research and found that there is a Rainbow Club and that was actually a big selling point to eventually move here along with the lovely community,” he said. “It was important to have some kind of connection before the move.”

Delira has held two positions on the Rainbow Club Board of Directors, starting as President in 2014 and now as Secretary since 2020.

The club hosts events large and small, from luaus and Halloween parties, which each draw an average of 60 people, to weekly dinners that attract around 20 guests. There are also game and movie nights, as well as catered events like Spring Fling and Christmas parties.

The club puts members’ privacy and desires first, especially for those who are reluctant to be open about their sexuality.

“We don’t share club members’ contact information because some members are very concerned about their privacy,” Boyd said. “With this senior group, it’s not the 20-year-olds that you see at the Pride events. It’s a different element.”

Recently, the club lost one of its most beloved and honored members – Joyce Aquino, who, with her wife Diane Paar, was a key member and strong supporter of the club. Aquino became secretary in 2005, co-chair in 2008, president in 2009, and treasurer in 2011. In 2020, Aquino held dual leadership roles as President and Treasurer but was forced to step down in May 2021 due to ill health.

“As the club’s counterpart, I had the pleasure of working closely with Joyce from 2014 until her retirement in 2021,” Delira said. “Joyce has worn many Rainbow Club hats during her time with us and her dedication to the club and efforts to keep it going have been unquestionable. She will be missed.”

The City of Laguna Woods issued a Pride proclamation in June and committed to making it an annual part of the agenda.

Recognition is an important consideration for the growing LGBTQ community when it comes to a social club founded on personal attributes.

“People always say, ‘I don’t want to be defined by my homosexuality.’ Well, the fact of the matter is that we’re all LGBTQ and that’s all a common thread, and for me it was a means of connecting,” Boyd said. “For many, that’s the main purpose of the club, in an atmosphere of non-judgment and freedom to be yourself, and it’s worked well.”

For more information about the Rainbow Club, visit the club’s website at bit.ly/rclgbt.

Biden vows US will not abandon storm-hit Puerto Rico