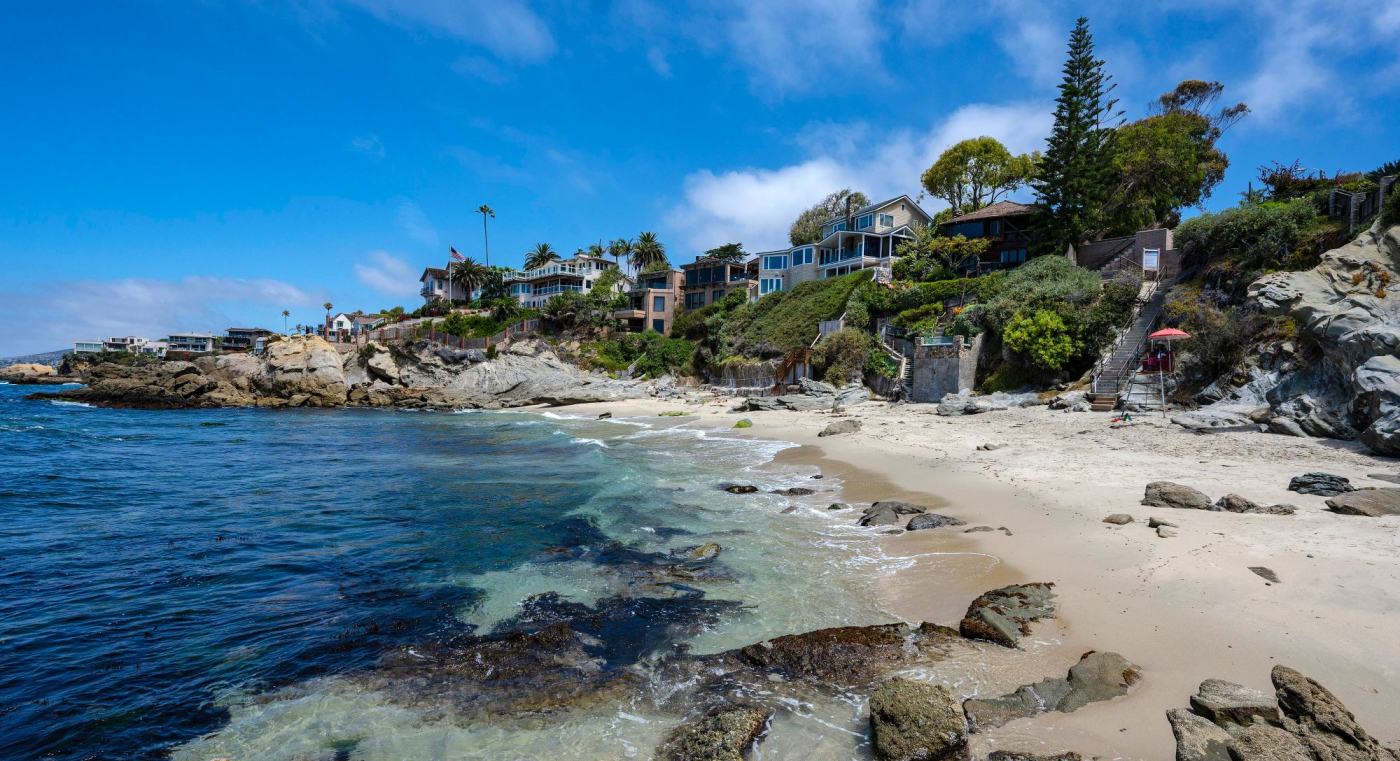 While incumbents Sue Kempf and Peter Blake are seeking a second term, Councilwoman Toni Iseman, who has served six terms, chose not to run again. Challengers on the ballot for the three seats up for grabs are Ruben Flores, a landscape architect who also ran in 2020; Mark Orgill, a developer; Jerome Pudwill, a marketing executive; Alex Rounaghi; a public policy adviser; and Louis Weil, a real estate agent and member of the city’s Design Review Board.

Some of the city’s hot topics that candidates have raised in recent debates include large-scale development and its impact on the character of Laguna Beach. This discussion is prompted by the Q Initiative measure, also appearing on the November ballot, which would apply to developments along Coast Highway and Laguna Canyon Road, triggering a public vote if certain size, parking and traffic thresholds are met will.

Those opposed to Measure Q — including most of the candidates running at the debates based on their comments — say it could negatively impact small businesses looking to grow, like gyms, salons, restaurants and cafes, and those projects could be delayed by up to two years.

Of the seven Council candidates, Pudwill appears to be the strongest supporter of the measure.

“It is quite clear that this is the only protection residents have from over-development. This community was built on historical and artistic charm,” he said during a recent candidate forum, noting that Measure Q changes are not limited to single-family homes “and are not as inflexible as people would like.”

But Kempf, who is serving as mayor for the year, said the measure is difficult to understand and confuses people.

“If you’re concerned about bulk, height and girth, Laguna has regulation,” she said. “The same goes for small businesses; if the effect was cumulative, they would also have to go to the polls.”

Rounaghi, too, said he felt Measure Q had “serious flaws” and warned against “ballot box planning”.

As California’s ongoing drought raises water conservation concerns, candidates were asked how they could make better use of recycled water. For example, the South Coast Water District is already producing recycled water from its Aliso Canyon facility for use in irrigation in select parts of South Laguna. The candidates discussed whether they would support expanding the facility’s capacity and expanding its recycled water network to other areas of the city.

Blake said at one of the forums that he would not support expanding the network because of the prohibitive cost, saying, “To put these water lines in from Montage (resort) is way too expensive.”

Weil said he’s supportive, “but it needs to be balanced and balanced with other programs,” such as programs focused on overall water quality and protecting the environment.

Kempf agreed with Blake, saying it’s a “huge infrastructure effort,” but adding, “I don’t know if we shouldn’t do it because recycled water is our world’s way of going into the future.” We need to spend some time thinking about it and figuring out what is the best way to do it.”

Pedestrian mobility is another important issue in Laguna Beach, especially since the city is visited by more than 6 million tourists annually. In the summer, especially in South Laguna, a common complaint from beachgoers is crossing the Coast Highway outside of crosswalks and walking down the narrow shoulders of the road already crammed with parked cars.

The California Department of Transportation is working on a 4-foot wide walkway along the Coast Highway from Ruby Street to Mission Hospital Laguna Beach. The city is contributing $10 million to the project. Some in town say the sidewalk will be too small. Others worry that not all neighborhoods will get sidewalk access.

“I would prefer to buy the road and take a broad look at what we can do,” Blake said. “Do I want sidewalks all along the Coast Highway? I do. will i work for it I will.”

Orgill said he would also advocate for the city to take over Caltrans’ Coast Highway, adding that there needs to be a master plan approach to improvements.

“I’m not sure it’s fully feasible until an analysis is done and all liabilities are considered,” he said, adding that he would like the sidewalks to be at least 5 feet wide.

Flores said he recently observed groups of people jaywalking across the pavement, showing that something needs to be done, but argued the current pavement plan is inadequate.

“Caltrans is installing something that is inferior to its own recommendations,” he said. “We need a master plan”

“We have to look at all the modules, cycling, walking – our mobility in the city is challenged,” he said. “We need to look at other financing options, maybe adding parking meters so we can pay for those amenities down the line.”

Laguna Beach, like other Orange County cities, is working to identify additional areas where housing, particularly affordable housing, could be developed through state mandates. A recent revision of the housing element of the city plan identified a steep, vacant lot uphill from the local hospital as a potential site for future higher-density housing for low- and middle-income residents. Local environmentalists, who say the area is home to valuable native habitat and is in a very high fire exposure zone on the edge of the green belt, would like to see the area designated as a permanent open space.

Weil was the only one who said at a recent forum that he would “remain open-minded” if this area were to become a place for affordable housing.

Pudwill rejected the idea because of the potential fire hazard and lack of access to amenities.

“Especially when you’re dealing with elderly people,” he said, adding that he supports the use of additional housing units, sometimes called self-contained apartments or backyard bungalows, and add-on projects on commercial properties instead, when possible, to meet local needs expand housing stock.

Flores also pushed for the idea of ​​dwelling on the dry hill. Instead, he suggested that three-story buildings could be built lower on the current hospital campus.

“Build it on the right that doesn’t interfere with the view,” he said, “before we start entering what’s a natural area.”

Rounaghi argued that identifying nature near the hospital did not meet Laguna Beach’s requirements.

“The state actually wants us to find locations where housing is possible,” he said. “I’d rather find places where housing could emerge for zoning, for adaptive reuse, for second floor commercial use along the Coast Highway, or maybe for adaptive reuse of the hospital itself. It’s important to recognize that our Housing element is still non-compliant as the approach we have taken is not in line with what the state expects of us.

“I am committed to having a housing element,” he added, “that finds real housing locations to meet the needs of the community and to comply with state laws.”

Orgill said he wasn’t sure the site would be suitable for high-density housing.

“I’m a medium and low density fan,” he said. “I would like to distribute it in Laguna. As for the hospital site in general, there may be other plans for accommodation in and around the property when available.”

All registered voters receive a ballot in the mail; They are scheduled to go out on October 10 and can be returned at any time until Election Day on November 8. The first local voting centers will open on October 29, and more will open before Election Day. There are also numerous official ballot boxes in the city.

This Supreme Court tenure is going to be very, very bad

With inflation soaring, where are the best food deals? – Orange County Registry