Jupiter Asset Management is in talks to sell its stake in British digital bank Starling at a price that could see its valuation down as much as 40 percent since April, according to people with knowledge of the discussions.

The new implied valuation of £1.5bn, first reported by Sky News, compares to a previous figure of more than £2.5bn following a funding round in April, although internal Jupiter benchmarks put the April Valued closer to £2bn, people with knowledge of the details said.

“Starling has been one of the best-performing holdings in Jupiter UK’s mid-cap portfolio,” said London-listed Jupiter. “We manage investments actively and prudently, and selling our stake would generate a healthy return for clients that can be recycled into new investment opportunities.”

Starling is the largest holding in Jupiter’s UK mid-cap fund at 7.6 percent. The fund is down 20 percent over the past three years and ranks in the bottom quartile relative to its peers.

Discussions to sell approximately 7 percent of Starling’s stake are at an early stage, according to others familiar with the situation. Other existing investors such as Goldman Sachs would have a right of first refusal.

People familiar with the talks said demand for the stake was oversubscribed and new buyers could jump in at a higher price.

During the coronavirus pandemic, Starling shifted its focus from purely serving retail customers to providing government-backed commercial loans. In addition, it has expanded its mortgage portfolio through acquisitions in recent months.

The bank’s £2.5bn valuation came from a £130.5m funding round in April as it sought to build a ‘war chest’ for expansion.

Jupiter-managed investment trust Chrysalis also owns nearly 10 percent of the bank, but is not involved in the current sale.

Part of Jupiter’s motivation for the sale is that it needs to avoid exceeding a 10% fund cap for unlisted holdings in the mid-cap fund. Starling’s performance versus struggling listed stocks in the fund means the company has nearly hit that limit over the past few months.

Other fintech startups have suffered from rising inflation and other economic concerns. The value of buy-now pay-later group Klarna is down 85 percent, and shares in cross-border payments company Wise are down almost 20 percent so far this year. 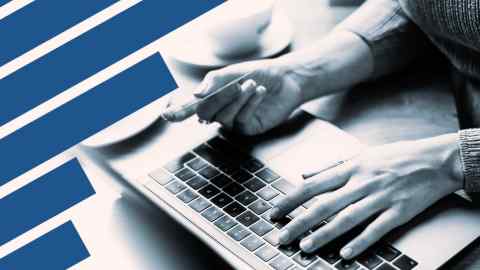 incoming Jupiter boss Matthew Beesleywho is to take over the management of the asset manager at the beginning of October is facing a challenging task.

The group’s assets under management fell by a fifth to £48.8 billion in the first half of this year, while pre-tax profit fell by two-thirds to £18.8 million compared to the same period last year. Shares are down more than 60 percent this year.

The fund group announced Thursday it would cut 80 potential jobs as part of a broader restructuring in an internal memo from Beesley.

2019 Alex Guajardo Murder Trial: No decision yet to change location from Harris County for man accused of murdering pregnant woman

A powerful response to abortion culture begins with godly men

Pearson believes demand for education will protect against economic headwinds

Last war in Ukraine: Oil prices settle more than 8% higher after the IEA warned of a “supply crisis”.