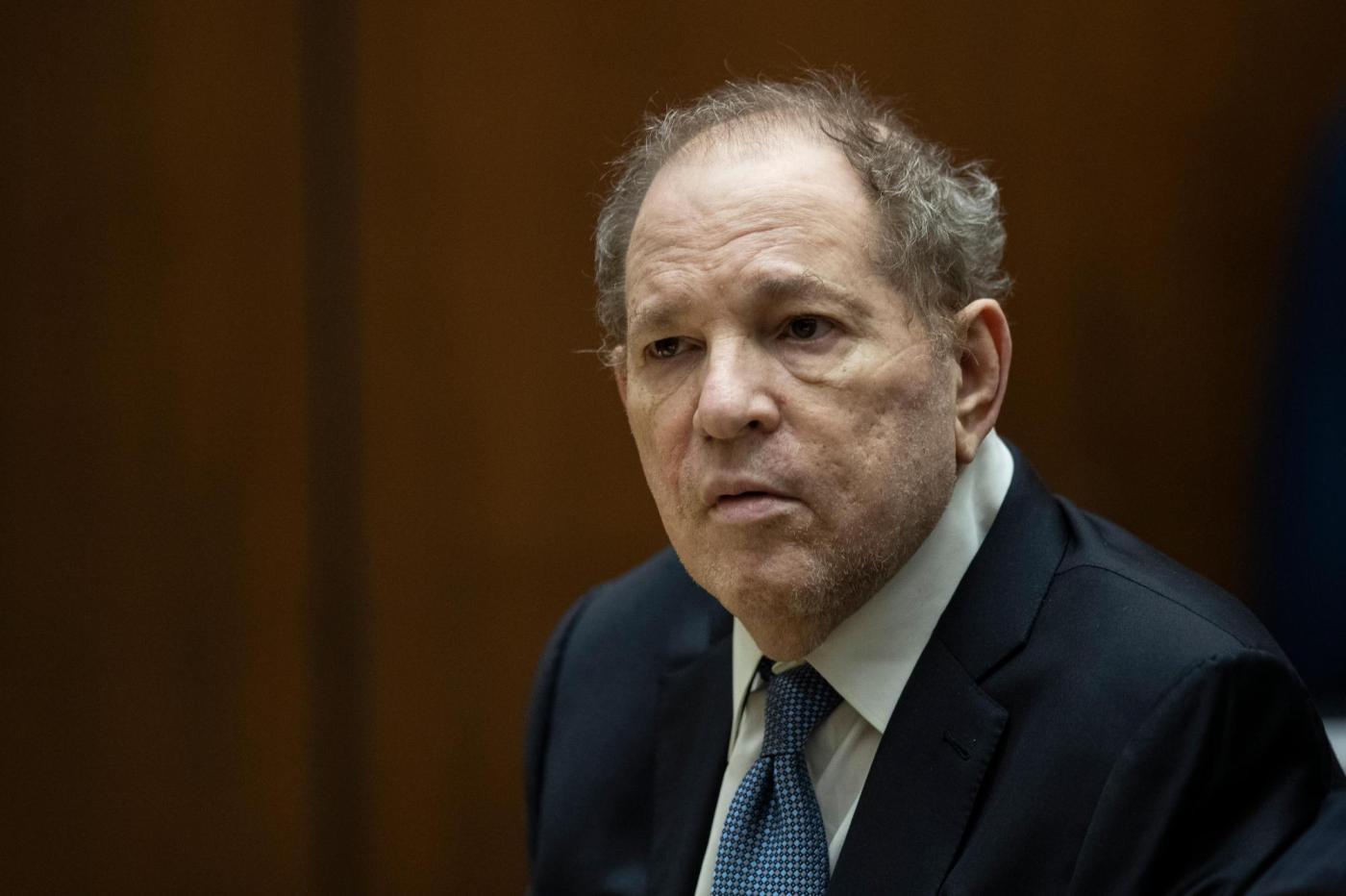 LOS ANGELES — The judge in Harvey Weinstein’s Los Angeles trial on Tuesday dropped four of the 11 sexual assault charges against the film mogul after prosecutors said they would drop charges against one of his accusers.

The move has been likely since the trial’s opening statements three weeks ago, when prosecutors only mentioned four women accused of assault by Weinstein during opening statements and omitted the accuser, identified in an indictment as Jane Doe #5.

Prosecutors initially withheld the charges, leaving open the possibility that the woman would testify while Weinstein’s defense had sought a final decision on the matter.

The Los Angeles County Attorney’s Office has not provided an explanation as to why they chose to bar the woman from the trial.

The remaining charges against Weinstein, who is serving a 23-year sentence based on a New York conviction, are two counts of rape and five other counts of sexual assault.

He has pleaded not guilty and said he did not have non-consensual sex.

The caging of America's octopuses

Who will replace Sheila Kuehl on LA County Board of Supervisors? Meet the 3rd District candidates – Daily News