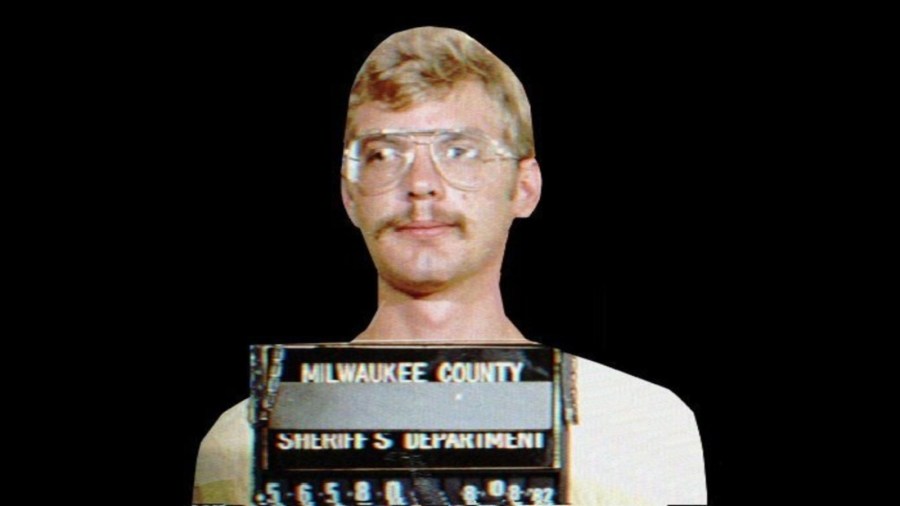 (NewsNation) – It’s not a documentary; it’s not even close. But a new 10-episode true dramatization about serial killer Jeffrey Dahmer is captivating true crime enthusiasts across the country.

Monster: The Jeffrey Dahmer Story has garnered huge ratings on Netflix. Created by Ryan Murphy and starring Evan Peters, the series has racked up nearly 500 million hours of streaming since it debuted just two weeks ago.

Serial killer Jeffrey Dahmer’s glasses go up for auction for $150,000, fueling criticism of the Netflix series


Dahmer, also known as the “Milwaukee Cannibal,” murdered, dismembered, and often ate 17 men and boys between 1978 and 1991. Dahmer confessed to the murders after investigators discovered the body parts of at least 11 men in his apartment.

Nobody had access to Dahmer like journalist Nancy Glass. She was the last person to interview him before he was beaten to death in prison.

Dahmer dove into the mind of a killer and told Glass he wanted to own and control victims. He insisted his cannibalism began with curiosity, which ended with a desire to eat victims to make them a part of himself.

“Eating the heart and arm muscle. It was a way of making me feel like they were a part of me. At first it was just curiosity. And then it became compulsive,” the killer told Glass for Inside Edition.

Dahmer also told Glass that killing him gave him an “energy boost.” The killer seemed to long for a connection with his victims. Glass thinks it could go back to his childhood.


“There is an interesting thing that happened in his childhood. His father told me that his mother would not allow anyone to touch him except to change his diaper or hold him for a photo. And so he was never really attached to anyone. He told me he had no friends. And then this happened: He wanted someone to be with him, to touch him. And he felt that he didn’t want her. Well, he wanted to touch her. He didn’t want to be touched back. Because he didn’t like being gay. He didn’t like it. So he felt like I was making these people a part of me, and part of that for him was cannibalism,” Glass explained.

Some of the Netflix episodes painted a compassionate picture of Dahmer’s troubled life and suggest he may have felt remorse. During her own time with Dahmer, Glass insists he was a psychopath.

“But the fact of the matter is, while he was like, ‘Oh, I’m sorry, I wish I hadn’t done that. I should have gotten the death penalty’ – he was a psychopath. So who knows if he really meant it that way. And you really have to put things in context, because very often people say to me, ‘He said he was sorry,'” Glass said.

In a ride with an Arizona border team


The Netflix series also touched on tensions and a lack of trust between police and Milwaukee community members during Dahmer’s murder spree. Especially after 14-year-old Konerak Sinthasomphone fled Dahmer’s apartment when his captor went into the store. After a neighbor called the police, officers eventually returned the child to Dahmer when he convinced them they were lovers. The officials were later accused of discrimination and a lack of sensitivity towards minorities.

Glass says Dahmer was a skilled liar, a trait that likely helped him with the police that day.

“Because he was so normal, he could get away with so much. That’s what made him so scary, I think. [That] Boy that he drilled a hole in his head and poured acid inside because he wanted to turn him into a zombie, the boy escaped, ran away, ran into the street bleeding with a towel, a neighbor called the police. The police found the boy and Jeffrey Dahmer was such a skilled liar. He said here’s a picture of him posing naked for me. He was my lover and the police returned him. And then he killed him,” Glass explained.

Glass believes the nation’s obsession with the new series about Dahmer stems from the incredible horror of his crimes.

Police arrest a barricaded gunman at a Michigan hotel


“I think America’s obsession with true crime has something to do with the fact that reality — nothing is more terrifying, more fascinating, more interesting, and sometimes even more humorous than actual reality. You couldn’t write that,” Glass said.

Even with a record-breaking audience, the Netflix series has drawn criticism from family members of the victims. A cousin of victim Errol Lindsey reportedly said her family was “pissed” at the show.

“It keeps getting retraumatized, and for what?” said Perri. “How many movies/shows/documentaries do we need,” said Lindsey’s cousin Eric Perry. tweeted.

After the series, USA Today published the names of all of Dahmer’s victims:

While their families have mourned the loss of loved ones, Glass said Dahmer didn’t remember their names.

“You know, that’s how he confessed when he was caught, a 160-page confession that he detailed, everything he did, every single victim. But he didn’t remember their names. They weren’t human to him. They were just objects.”

Glass says she hasn’t seen the series at the time.

Fatal Accident: 65-year-old man out for a morning walk was killed in an accident as a parent was driving his daughter to Channelview School, HCSO says

SCOTUS crashes Roe v. Wade, what does this mean for California?