UFC lightweight Joe Lauzon has chimed in with his take on reigning UFC heavyweight champion Francis Ngannou’s contract situation at the UFC. In an interview with Mike Heck on an issue of MMA Fighting’s What the hell Podcast, Lauzon suggested the UFC pays its fighters fairly.

Certain segments of the martial arts community — including fighters like MMA star Ngannou and YouTuber-turned-boxer Jake Paul — have lobbied for better fighter pay for UFC athletes.

That tells you how unfair paying UFC fighters is

I’m looking forward to my first Endeavor Earnings Call today! I will then contact their board members. Every Wall Street analyst preview report I’ve read questions whether UFC fighters’ low salary percentages are sustainable. That tells you how unfair the pay of UFC fighters is

Joe Lauzon claimed he wasn’t an “anti-fighter” himself. However, he suggested that most high-profile fighters fight primarily to increase their own pay and not that of their fellow fighters.

The 37-year-old clarified that he understands that everyone wants to earn more money for their particular job. However, he added that “Before his first fight in the UFC, Francis Ngannou wasn’t Francis Ngannou.” Lauzon explained:

“He’s won quite a few fights, he’s done well, and the UFC has built him up. And now he’s like this monster superstar. And that’s just the nature of it. If he didn’t want to sign that contract, he wouldn’t be making the money he’s making now. It’s just that people forget how strong the UFC brand is and how well they understand it.”

“They get you early, so when you don’t have a lot of room to push back. And then, over time, they have you now. And that’s how it works. And they built your name, Francis Ngannou wouldn’t have been a big name without the UFC. So, that’s how it goes.”

Watch Joe Lauzon talk to Mike Heck in the video below: 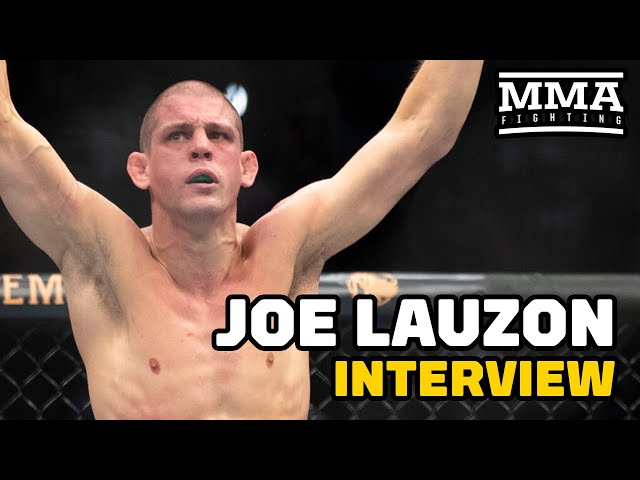 Francis Ngannou on a possible boxing match against Tyson Fury

Ngannou attended the final fight of his UFC contract earlier this year. “The Predator” has repeatedly claimed that he would like to re-sign with the UFC, but only if he gets a raise and also gets to box. Ngannou recently had knee surgery and is unlikely to compete for the rest of 2022.

Separately, Ngannou stressed on his YouTube channel that he will surely one day fight heavyweight boxing champion Tyson Fury. He opined that Fury wouldn’t risk taking on him in an MMA fight, implying that they would likely be in a boxing match. Furthermore, Ngannou expressed his willingness to fight “the Gypsy King” anywhere, saying:

“I don’t care what (it) would be. I just think it’s going to be a fight against Tyson Fury. It can be in a phone booth or wherever (but) this fight is going to take place.”

What are the odds of Victor Oladipo, Tyler Herro and Duncan Robinson all returning to Heat? – Orange County Registry