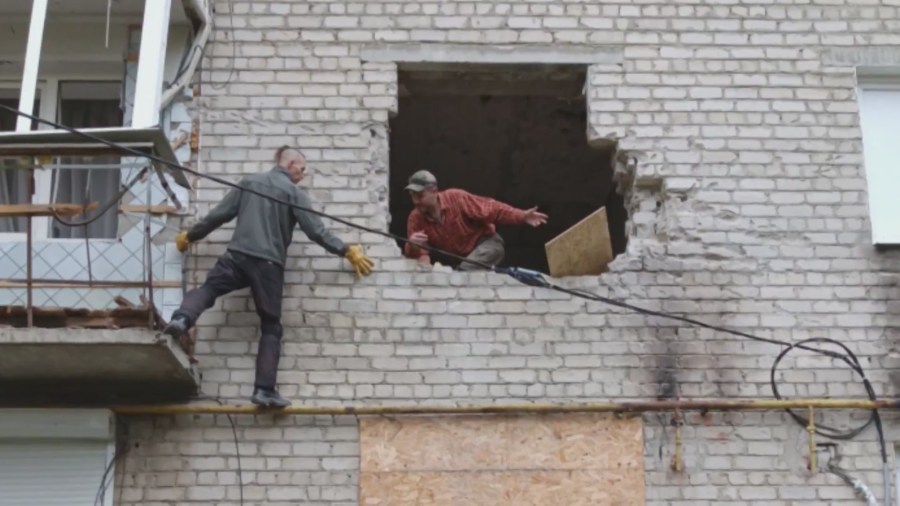 CHICAGO – Nine months after the start of the war in Ukraine, a Chicago resident is on a mission to help besieged civilians.

“Every day is a struggle and right now they’re just trying to say, ‘Where will my next meal come from?'” Harrison Jozefowicz said.

Jozefowicz is a US Army veteran. He first served in Italy with the 173rd and then deployed to the 82nd Airborne Division in 2017 – a combat role in Afghanistan.

“My first encounter, apart from living in a first-world district where everything is readily available to you,” Jozefowicz said.

He came home and served as a Chicago police officer for three years.

That was until Russia invaded Ukraine.

He left the Chicago Police Department and went to a war zone to help.

“One day we will repair the windows of a school and the next day we will clear the rubble from the apartments so that the grandmothers have a warm place to live over the winter,” said Jozefowicz.


Although he returned to Chicago for a while over the summer to raise money for the effort, this Army veteran still felt needed in Ukraine.

“To put it simply, it’s just a higher calling,” he said.

He returned to help rebuild parts of the county that many Ukrainian forces have retaken and where civilians are trying to rebuild, including American volunteers. Many of them are veterans like Jozefowicz.


“They are rebuilding schools in a much more practical way, cleaning up bombed-out apartments and just trying to make things livable for the Ukrainians living there – who have been occupied for six months,” he said.

It’s a mission with no clear end date, and one he’s devoted to as a US veteran, serving others abroad with a real-life look at what happens when democracy is in jeopardy.

“We’re definitely not trying to take democracy for granted now,” he said, “especially a lot of the volunteers who are experiencing something like this for the first time.”

How a liquidity crisis in South Korea started at Legoland