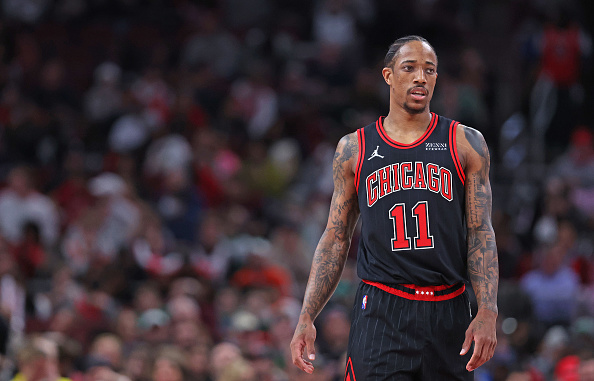 CHICAGO — In his 13th season with the National Basketball Association, the guard enjoyed what some might call his finest season.

DeMar DeRozan joined the Bulls in a trade with the Spurs, averaging a career-high 27.9 points per game. He started in the All-Star Game and was then named to the All-NBA second team. He’s even been in the MVP talk a bit while helping the team back to the playoffs last season.

Still, there are those who doubt that DeRozan can repeat such a feat as he enters his 14th year in the NBA. It’s commonplace for something like this to happen in the social media world, but it’s always unique how some athletes deal with it.

So how does DeMar soak up critics’ doubts?

“I always find humor in it. They are always trying to find reasons to be motivated. I have so many other motivating factors at this point, it’s getting ridiculous to me at this point,” DeRozan said when asked about doubters. “I always use what I can tolerate. It’s like free energy, and I indulge myself and just let them eat their words whenever they eat it.

“It’s never my main focus driving myself, but it does annoy me here and there.”

One reason DeRozan often brushes aside criticism is a belief in his own work ethic, which has propelled him to successful careers in Toronto, San Antonio, and Chicago.

“No one knows or understands how much work I put in, and I know for a fact that most guys in our league don’t work the way I do,” DeRozan said. “So it’s just me that knows that part of it, I already know what you’re putting up is BS.”

He will have to work at a high level this year to help the Bulls take another step with their current core, who will already be without Lonzo Ball for a while after his knee surgery on Wednesday. A number of Eastern Conference teams made significant improvements, while Arturas Karnisovas and Marc Eversley decided to stay with their group in hopes they would develop.

“I love the contested island that the East is on. That’s what brings out the best in you when you have the best around you and you have to compete,” DeRozan said. “For me, you put me in a room with the best, it’s going to bring out the best in me and that’s the approach we’ve got to take this whole season.

“This is the toughest in the Eastern Conference since I’ve been in the league and that’s what makes it exciting. I can’t wait to get to practice tomorrow.”

KCAS Pets of the Week: Rocky and Marble