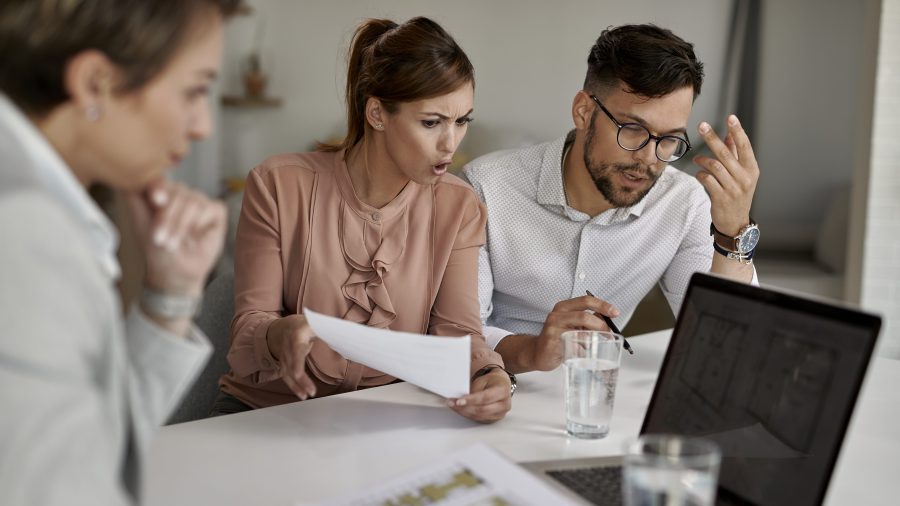 (NerdWallet) – The housing market is in dire shape. People are eager to buy but are being held back by rising mortgage rates, unaffordable homes and an insufficient supply of properties for sale.

The hopeful news is that America has been through this before — in 1981 — and eventually things got better. The sobering news is that in the early ’80s the real estate market was staying alive thanks to a few factors that are barely there this time. We need to build a new way out of this mess.

The similarities between now and then start across generations: in 1981, the oldest baby boomers were 35 years old, and this cohort was in full homebuying mode. That year saw the birth of the first millennials, and this next generation up has been busy looking for a home for the past few years.

Both generations have been hit by rapidly rising mortgage rates after a series of rate hikes by an inflation-fighting Federal Reserve:

Eventually, rate lock-in accompanied both eras. Then homeowners keep their properties off the market because they want to keep their mortgage rates low.

One big difference: the role of transferable credit

For all the similarities between the 1980s and today, there are crucial differences. One concerns “decent mortgages,” which were plentiful then and scarce now.

Many mortgages were transferrable in the early 1980s. With a transferable mortgage, the buyer not only acquires ownership of the home, but also assumes the home loan from the seller. Imagine trying to buy a home when mortgage rates are in the double digits. You find a home seller who has a negotiable loan with an interest rate in the single digits. This home can be affordable if you can take on the loan; It may not be affordable at a double digit rate.

Home sellers spotlighted their negotiable loans in classified ads. “If you had an 8% loan in a 14% market, your home would stand out in terms of sellability,” says Ted Tozer, non-resident fellow at the Urban Institute’s Housing Finance Policy Center. He says there was “a ton” of mortgage takeovers in the early ’80s.

But Congress slammed the door on transferable loans in 1982. Today, only a subset of mortgages remain readily transferable: those insured or guaranteed by the Federal Housing Administration, the Department of Veterans Affairs, and the Department of Agriculture’s Rural Housing Service. According to data from the Urban Institute, FHA, VA, and USDA loans accounted for approximately 18% of mortgage origination volume in the second quarter of 2022.

An era of creative financing

Transferable loans helped stall home sales further in the early 1980s when mortgage rates were extraordinarily high. They also served as the basis for so-called “creative financing” that closed the gap between the purchase price and the assumed mortgage balance.

In most cases, creative financing came in the form of loans to buyers from sellers; for example, in the form of a promissory note for a specified amount that the buyer would pay the seller monthly, with the buyer possibly taking out a second mortgage for the remainder of the purchase price. The agreements had names such as “Contract for Deed,” “Mortgage in Circulation,” and “Leasing with an Option to Buy.” A June 1981 Washington Post article stated that creative financing “accounted for more than 50% of all home resales in 1981 in many parts of the United States.”

More than 40 years have passed, and the 1980s-style creative funding isn’t coming back. Lenders disapproved of the ad hoc transfer of loans they originally granted and wanted to write new loans at current interest rates when properties changed hands. Consumer advocates warned of the risk of informal and unconventional schemes for buyers and sellers, which could result in both parties holding a worthless contract or committing to an unsustainable payment structure.

When the creative finance of the 1980s is out of the picture, will banks or Silicon Valley or home sellers come up with the ingenuity of the 2020s? Some ingenuity might be required to keep home sales going rather than embellishing. Maybe it will be something that already exists but hasn’t caught on yet, like the wider adoption of additional housing units, 3D printed houses, or groups of friends banding together to share house ownership.

Whatever happens, all predictions will look silly in hindsight. Think of the Dallas real estate agent who spoke to D Magazine in 1980 when the 30-year mortgage was over 15%. “There’s a good chance,” he said, “that home mortgage rates will never fall back into the single digits.”

Fortunately, mortgage rates eventually fell into the single digits, where they have stayed since 1991. Not only that, many people got 30-year mortgages at interest rates below 3% just last year. History tells us that the housing market will get better even as we go through tough times on the road to recovery.

https://www.wane.com/news/it-has-been-this-bad-before-how-home-buyers-got-it-done-in-1981/ It was that bad before. How homebuyers did it in 1981

Chicago World Cup fans show US support on the NW side