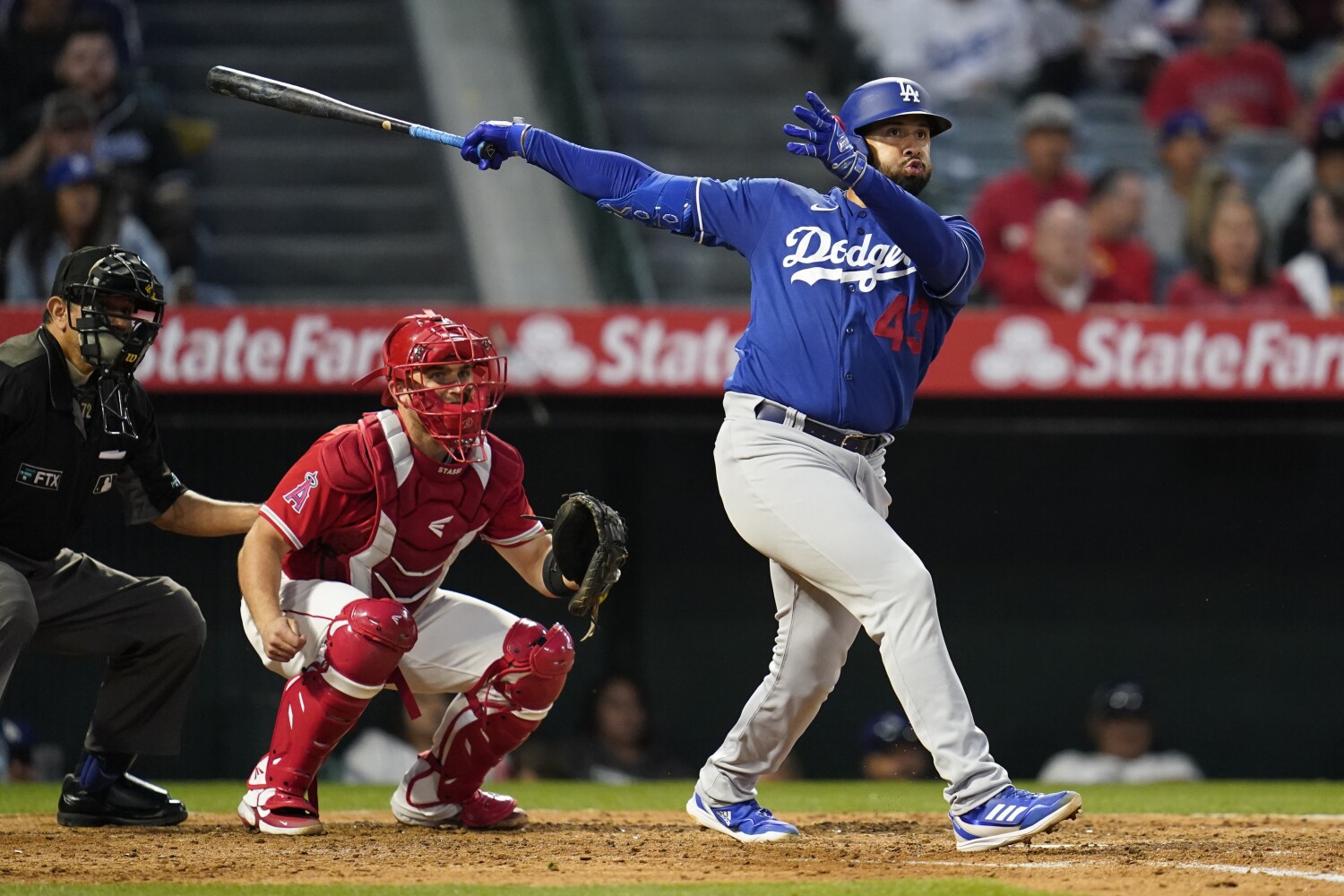 The Dodgers’ positional squad for opening day has been determined.

Dave Roberts announced on Monday that Edwin Ríos will be the 12th position player in the club’s squad. Ríos beat veterans Jake Lamb and Kevin Pillar for the spot after a strong performance in the Cactus League. The infielder went seven for 21 with three homers in 10 games.

“He deserves it,” Roberts said.

The Dodgers will be promoting 12 position players and 16 pitchers with an expanded 28-man roster at the start of the season. Roberts said the club still hasn’t completed its bullpen. The Dodgers open the season Friday in Denver against the Colorado Rockies.

It’s been almost a year since Riós’ career took a downturn. He had a historically poor start, going four for 51 in 25 games and suffering from constant pain in his right shoulder. Eventually he spoke up and his season was soon over as he underwent surgery in early May to repair a partially torn labrum in his right shoulder.

“Sometimes you get surgery, you just never know what can happen to your body or how you’re ever going to come back from surgery,” said Ríos, 27. “I was just trying really hard to work my dick off to try, like that to get as healthy as possible and as strong as possible.”

The tension for the player’s spot as the bottom player on the Dodgers roster was already buried Monday when Triple-A Oklahoma City revealed its roster and Lamb and Pillar afterwards.

Both veterans were invited to minor-league deals at spring training.

Lamb has the same profile as Ríos: A left-hander who hits the corner, with pop. Lamb, 33, was a 2017 All-Star for the Arizona Diamondbacks and hit 30 homers before injuries ended his career. But he impressed Dodgers Brass enough that spring to warrant consideration, hitting nine for 27 with two home runs in 12 spring practice games.

“I’m very fond of Jake,” Roberts said. “It’s a tough game sometimes to have that conversation when you know a player or players, like I said, deserve it, but he’s a pro.”

Pillar, 33, was another option. The West Hills native is right-handed and has established himself as one of the top defensive outfielders in the majors over the past decade. A chance to make the roster seemed to open up last week when the Dodgers flipped AJ Pollock, another right-handed outfielder, for closer Craig Kimbrel.

“Kevin is a guy from Los Angeles,” Roberts said. “Growed up with the Dodgers. I just wish I would have played with the guy. He’s a guy I just love to watch and admire. And to see him in a Dodger uniform looks right, and he’s a major league player. Luckily for the Dodgers, he’s ready to take a job at Triple A. But I have no doubt that at some point he will show up and help us.”

Ken Williams to the rescue? More like another crazy moment in a miserable Chicago White Sox season. – Orange County Registry