Indonesia is struggling to attract foreign investors to fund the development of a new $32 billion capital on the jungle-covered island of Borneo after Japan’s SoftBank withdrew its support in March.

“Many countries are interested in participating in the government’s plan” to move the capital from Jakarta to the newly christened city of Nusantara, including China, Japan and South Korea, the project’s senior official pointed out.

“Hopefully by the end of this year we [will] know how many investors are very serious,” said Bambang Susantono, head of the Nusantara Capital Authority, in an interview with the Financial Times.

Nusantara is the flagship project of President Joko Widodo, who sees the new capital as fundamental to his legacy after the end of his second term in 2024. Jakarta is situated on swampland and is rapidly sinking. Parts of the megacity with 30 million inhabitants could be completely under water by 2050.

Widodo, who announced the project in 2019, has been criticized for rushing through a bill to relocate the capital, particularly after funding for the project failed to materialize.

Japanese tech conglomerate SoftBank pulled out of the project in March and no other major investor has been announced, although the Asian Development Bank is helping with the planning and fundraising.

Susantono said South Korean and Japanese groups are interested in sharing technological expertise for the green smart city and that “China is interested on many fronts, but we are still discussing it. . . your engagement”.

After a meeting between Widodo and President Xi Jinping in July, China’s foreign ministry said Beijing will take an “active role” in developing the new capital.

Indonesia said public money would only be used for 20 percent of the project when it completes in 2045 and is home to up to 1.9 million people.

But experts doubted the government could attract this level of private support, comparing Nusantara to other failed purpose-built capitals such as Naypyidaw in Myanmar.

“The state can’t afford it,” said Jamie Davidson of the National University of Singapore, who has written a book on policies inhibiting infrastructure investment in Indonesia.

Even the first stage seems “too ambitious,” says Deden Rukmana, professor of urban planning at A&M University in Alabama. “You can’t bring everything to life in less than two years.” 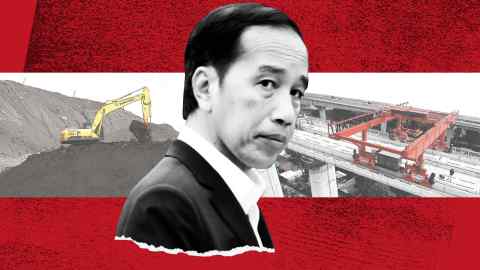 There are also concerns about China’s involvement, which could deter Western investors. “I think China will be the last resort. They want investors from other countries but ultimately have to go to Beijing,” said Sulfikar Amir of Singapore’s Nanyang Technological University.

Funded by a $3.3 billion federal budget, the 921-hectare first phase is expected to be completed by 2024, with the presidential palace completed in time for the country’s independence anniversary celebrations.

The vice president’s palace and the headquarters of several ministries, the armed forces, police and state agencies will also be completed, Susantono said.

4-year-old Paityn Moore was killed in a car crash in Maple Park, IL off Route 38 near Francis Road, Kane County, ME police say

If fall is taking you down, you're not alone in how to battle seasonal depression

Ukraine Bonds: Make Russia Participate in the Liabilities of Its Illegal War