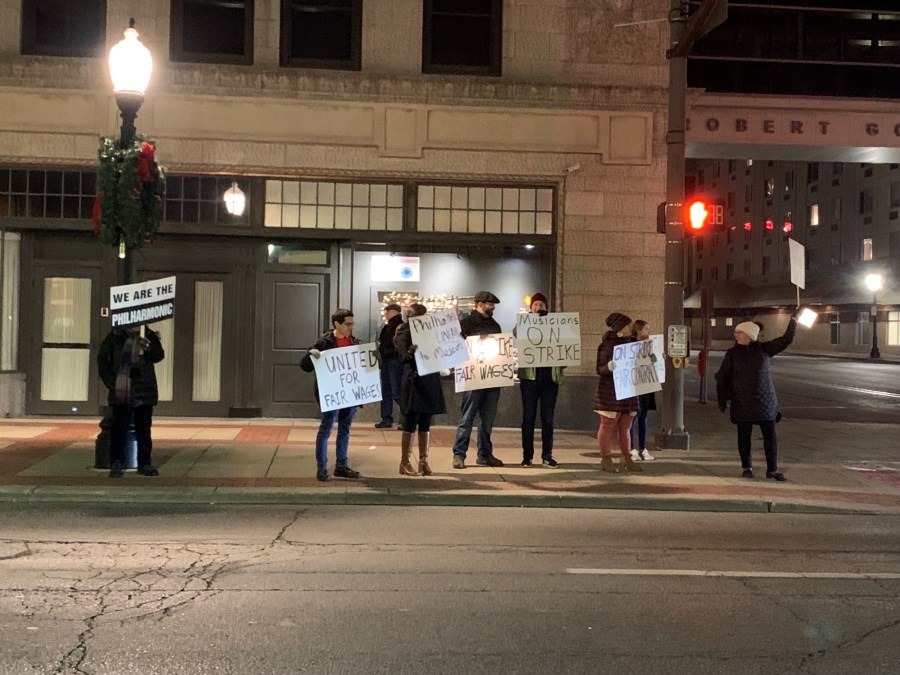 FORT WAYNE, Indiana (WANE) – The Fort Wayne Philharmonic Management has been charged by the American Federation of Musicians Local 58 with unfair labor practices.

A press release from the Fort Wayne Philharmonic Players Association (American Musicians’ Association 58) said charges had been filed on behalf of the striking musicians. The indictment alleges the Philharmonic unlawfully coerced staff members by “interrogating them about their intention to strike” in December 2022 and failing to “negotiate in good faith.”

The Philharmonie offers musicians the “best and definitive” offer


The press release said that Philharmonic management emailed teachers who are part of the Philharmonic’s Club O teaching program on Jan. 5, asking them to state their “intent to return,” despite the ongoing musicians’ strike get to work” to answer. The Players Association noted that these teachers fall under the terms of the contract between the Philharmonic and the musicians. Although teachers were promised they would not be penalized for honoring the strike, the National Labor Relations Board considers the survey unlawful. The survey “tends to interfere with the exercise of employee rights” under federal law, the press release said.

The Players Association began striking on December 8 after performing for three months under an expired contract. According to the publication, the leadership of the Fort Wayne Philharmonic had completed a $10 million fundraiser in 2022 that “currently stands at an endowment of nearly $30 million.” The Fort Wayne Philharmonic is now on the American Federation of Musicians’ International Unfair List because of their “bargaining behavior.”

A negotiation meeting is scheduled for Tuesday.

Homicides, gun attacks down slightly in major US cities: analysis