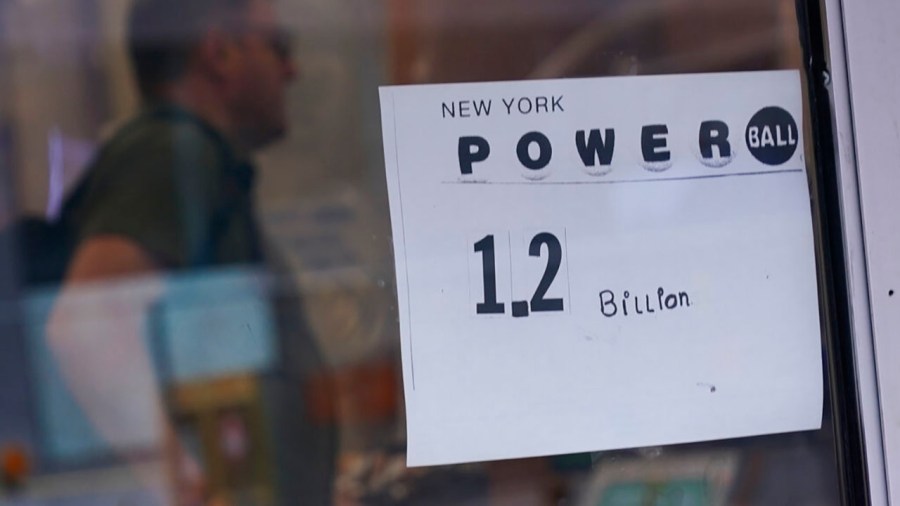 In this case, you have to decide whether to take cash, which would actually pay out $596.7 million, or go with the $1.2 billion annuity option, which is twice the size but over 29 years is paid.

Huge jackpot winners almost always take the money, and financial advisors say this could be a mistake.

Under the retirement plan, winners receive an immediate payment and then 29 annual payments that increase by 5% each year, eventually reaching the $1.2 billion total.

Lottery winners who take cash either don’t want to wait for their win or they think they can invest the money and end up with more money than an annuity would offer. It’s what the biggest winners almost always do, including buyers of a Mega Millions ticket in Illinois in July that cashed in with a prize of $1.337 billion.

As Jeremy Keil, a financial adviser from New Berlin, Wisconsin, put it, “There’s no such thing as a bad choice.”

Keil said the Powerball annuity assumes an investment return of 4.3% of the jackpot cash prize.

When purchasing five Powerball tickets at a Minneapolis Speedway gas station, 58-year-old Teri Thomas said she would rather take the cash prize because she doesn’t think she’ll live long enough to collect a pension past 29 years .

“And I’d rather do all my good deeds right away and feel good about giving,” Thomas said, adding that she would donate to groups that do medical research for children, help veterans, the homeless and animals.

Could the Powerball jackpot surpass the $1.58 billion record?


Chicago’s Charles Williams, who buys a Powerball ticket every week and always plays the same numbers, was adamant he would take the cash option.

“I want all the money. I want the payout and then I’ll spend it how I want because nothing in life is guaranteed,” Williams said.

Of course, it’s good to remember that your chance of hitting the jackpot is incredibly slim at 1 in 292.2 million. That’s why no one has won Powerball’s top prize since August 3 – resulting in 38 consecutive draws without a jackpot winner.

All of these losses have grown the Powerball jackpot to the fourth largest in US history. If no one wins Wednesday night, the jackpot could become the biggest ever, surpassing a $1.586 billion Powerball prize won by three ticket holders in 2016.

Matt Chancey, an investment advisor in Tampa, Fla., said it certainly makes sense. But Chancey also urged winners to understand that if Advisors earn a percentage from investing all that money, they have a financial stake in how the money is paid out and should be aware of any potential conflicts.

“If you go to a financier and say you want to invest $1 billion, the financier will say, take the $600 million and we’ll pay taxes on it, you have $300 million left over and I’ll invest it in you,” Chancey said . “This investment advisor is getting paid for managing this money.”

Chancey said talented investors could probably make more money than an annuity pays, but there is a risk and advisors need to be open about their potential gain depending on the jackpot winners’ decisions.

https://wgntv.com/news/nexstar-media-wire/if-you-win-1-2b-powerball-perhaps-consider-not-taking-cash/ If you win $1.2 billion in Powerball, you might want to consider not taking cash