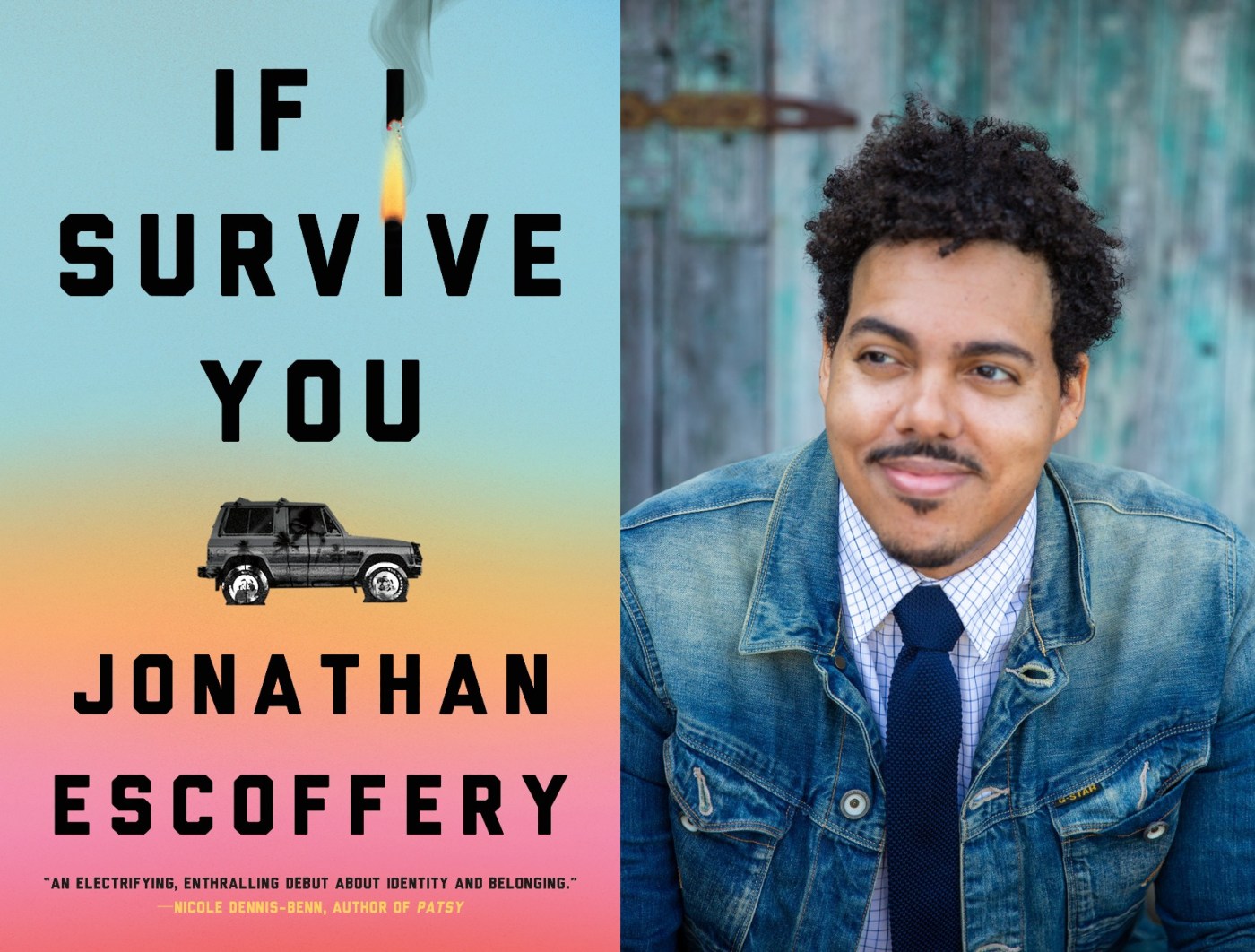 When Jonathan Escoffery received the news that his short story collection was longlisted for the National Book Award, the Oakland-based writer was barely awake.

The news may have come as a surprise to Escoffery, but probably not to the critics who gave rave reviews of his debut book, If I Survive You, published by Riverhead in September. The collection follows four members of a Miami family through their lives: There’s Trelawny, a young man with a knack for making disastrous decisions; his older brother Delano, whose track record isn’t much better; and her parents, Topper and Sanya, who immigrated to the United States from Jamaica.

The characters first came to Escoffery, who grew up in Miami, while he was a student at Florida International University. He submitted a history with family in his applications for MFA graduate creative writing programs, one of which he eventually attended — the University of Minnesota, far from the tropical state he called home for years. The contrast between Miami and Minneapolis was apparent when he visited the Twin Cities before going to school there and emerged in bright “Miami Vice” colors.

“Everyone looked at me like, ‘This guy is crazy. He’s wearing a pink sweater,” says Escoffery. “Everyone else is either dressed in gray or black or some kind of faded flannel, and I’m the Miami guy in my stereotypical bright colors.”

The culture shock didn’t wear off, but Escoffery enjoyed his three years in Minnesota working on some of the stories that would eventually be collected in If I Survive You. However, the process wasn’t quite as easy as he might have hoped – for one thing, the story he wrote as a student, which he thought would kick off the book, didn’t make the final cut.

“I thought I could write the book in this very linear way, and it actually didn’t work that way,” he says. “I started by exploring these characters through individual stories and making sure I really understood what makes a story, and then shaping them into a book with a kind of arc. And part of that meant that some of those stories didn’t fit anymore. Sometimes the stories did redundant work and they clashed when they were actually juxtaposed in the same book.”

Escoffery decided to lead “If I Survive You” with “In Flux,” which introduces readers to Trelawny, who is having a hard time figuring out who he is. He answers several questions from strangers about his ethnic background, which is often confused with Latino by his Miami roommates, and his attempts to connect with his Jamaican roots don’t work out as well as he’d hoped.

“There’s this phenomenon where people try to tell him who he is and who he isn’t, or what he is and what he isn’t, and he internalizes that by addressing that question,” says Escoffery. “He’s like, ‘What are you?'”

The story is told in the second person, a technique Escoffery used to illustrate Trelawny’s self-inquiry.

“I figured if I was writing this in the first person, who would the narrator be talking to that this is going to be so important to? Who is actually going to grasp the weight of telling a story like this?” Escoffery recalls. “And I thought Trelawny would be most at stake when he was talking to Trelawny because he’s trying to understand who he is based on his lived experience.”

If I Survive You covers weighty subjects, but it’s also a very funny book, with much humor coming from the always amused Trelawny, who responds to stressful situations with dry, acid wit.

“He definitely uses humor as a tactic to keep from getting bogged down [life]’ says Escoffery. “It’s a coping mechanism – this particular situation is so tragic that he just has to laugh about it.”

Escoffery is a Provost Fellow at USC Ph.D. in Creative Writing and Literature Program and Wallace Stegner Fellow at Stanford University, and has appeared at events to promote If I Survive You, including a reading and book signing on October 14 at Skylight Books in Los Angeles. And he keeps hearing from readers who’ve found plenty of love within the pages of his book — some of whom have faced the same identity questions as Trelawny.

“I hear people connect to the book in all these different ways,” he says. “There are all kinds of ways people invent to exclude others. And I think anyone who’s ever been disfellowshipped in any way, which probably many of us are, can relate to a lot of what Trelawny is going through, even if it’s not in the simplest and most obvious of ways.”

https://www.ocregister.com/2022/10/05/if-i-survive-you-author-jonathan-escoffery-on-humor-tragedy-and-coping/ “If I Survive You” Author Jonathan Escoffery on Humor, Tragedy and Coping – Orange County Register

End of Fed rate hikes? "If the data shows what we need to see, then we'll downshift" - Orange County Register

Jermaine Jackson’s Ex-Wife Hazel Gordy – Where Are She And Her Kids Today?