Cody Rhodes revealed his thoughts on one of his previous WWE gimmicks in a recent interview with BT Sport.

The grandson of a plumber returned at WrestleMania on Saturday as the handpicked opponent of Seth Rollins, chosen by Vince McMahon. After a game of spectacle, Rhodes was able to pin Rollins to secure the win. One of the more surprising aspects of Cody’s return was the use of The American Nightmare gimmick, which he used for his run in All Elite Wrestling. He even used Downstait’s song “Kingdom,” which he used on both AEW and the independent circuit.

One gimmick that was expected to be missing from Cody Rhodes’ return was Stardust, the cosmic counterpart of his brother’s Goldust gimmick, and a character that Cody has expressed displeasure with portraying on a number of occasions. In a recent interview with BT Sport, Rhodes spoke to Ariel Helwani about the gimmick and told the reporter he never wants to see it again.

“There were no real guarantees, but there was a request. I never want to see Stardust again,” Rhodes said.

When was Cody Rhodes Stardust in WWE?

The Stardust gimmick made its debut in 2014 when the Rhodes brothers were pursuing the WWE Tag Team Championship.

The pair would capture the titles on a single occasion under the gimmick, then part ways to compete at Fastlane in 2015.

Stardust also competed several times for the Intercontinental Championship, including in a ranked match at WrestleMania 32. 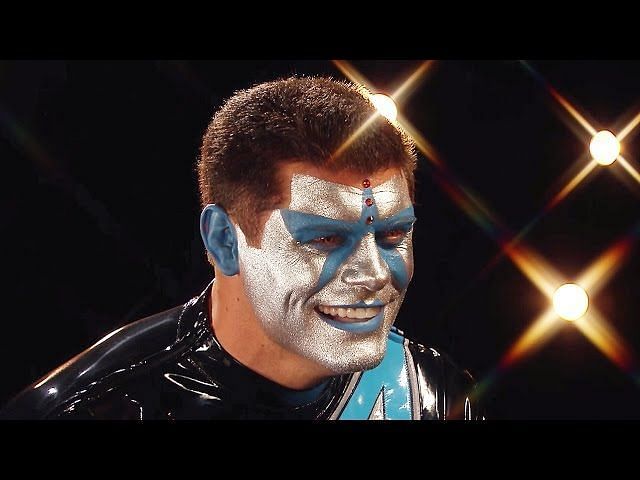 What do you think of Cody Rhodes’ WWE return? Would you ever want to see a Stardust comeback? You can share your thoughts in the comments section below.

AJ Styles spoke to Sportskeeda about Edge ahead of the big showdown at WrestleMania. Catch it here.

President of Ukraine Volodymyr Zelenskyy spoke at the Grammys

Troy Aikman would rather call Cowboys a wild card game

The Dude, the Dolphins and the Experiment to End the Dictatorial Football Coach – Orange County Register