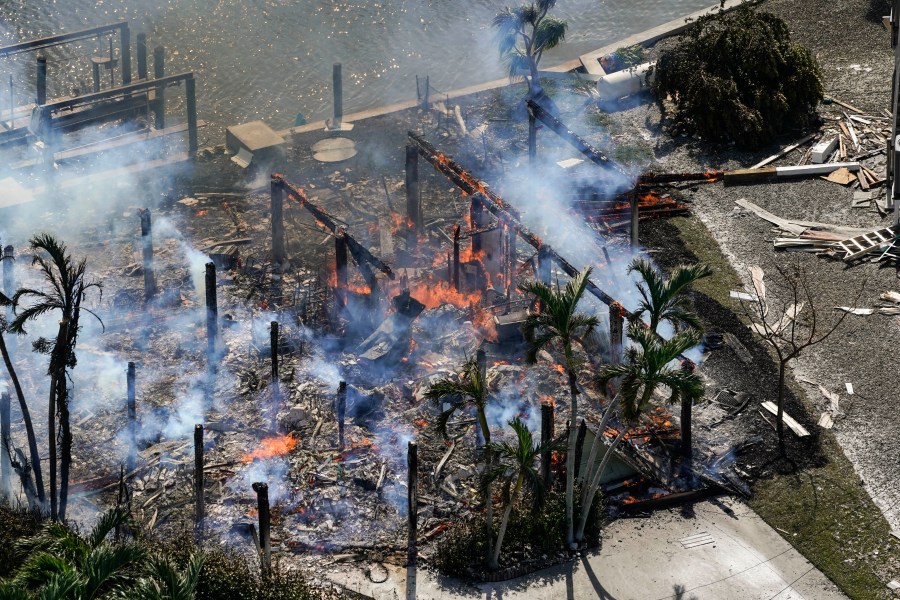 In a Monday night update, the Florida Medical Examiners Commission confirmed 68 deaths. The Associated Press reported another three deaths in Florida, as well as four in North Carolina and three in Cuba, bringing the death toll to 78.

More deaths are expected in the coming days.

Search and rescue efforts were still ongoing in Florida as of Monday. More than 1,600 people were rescued statewide, according to the Florida Disaster Management Agency.


As search and rescue operations continue in the farthest affected areas of the state, thousands of utility workers continue to patch Florida’s battered power grid as many are still without power. On Monday, Gov. Ron DeSantis said over 95% of Floridians who lost access to electricity during the storm have already had their power restored.

“Now is the time to allocate all resources to help everyone here,” DeSantis said as he stood in front of the devastated Cape Coral Pier in Lee County.

The governor said his focus is shifting to restoring vital roads and bridges washed away by powerful tidal waves.

He added that Florida Department of Transportation trucks will begin surveying the damage to bridges connecting Pine Island and Sanibel Island to the mainland. DeSantis said he hopes that by the end of the week, FDOT will have erected a temporary bridge to connect Pine Island residents with reliable transportation from the island.


FDOT is also in the planning stages to build a temporary bridge to reconnect Sanibel Island. No expected timeline has been announced.

President Joe Biden and First Lady Jill Biden plan to visit Florida on Wednesday. The president was in Puerto Rico on Monday and vowed to “rebuild everything” after Hurricane Fiona knocked out all power to the island two weeks ago.

‘Well-Received’ Chaperones Policy Expanded at Knott’s Berry Farm: What You Need to Know