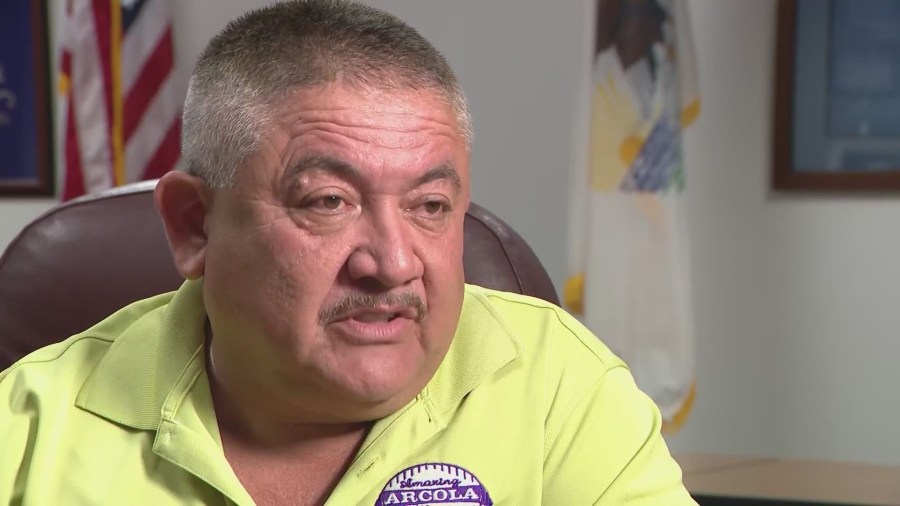 ARCOLA, Illinois — Jesus Garza came from Mexico as a young man in search of a better life. From a factory worker to an auto mechanic, Garza built a successful business in the town of Arcola – 170 miles south of Chicago. But then he tackled his greatest challenge of all: politics.

Garza defies conventional wisdom. The 52-year-old immigrant launched an unlikely run for mayor last year. Historically, many Mexicans lean towards the Democrats. But the city of Arcola, as records show, is heavily republican. How did Garza manage it?

A young Garza found work in the carpentry shop. He worked 12-hour shifts at the nearby broom factory. He would work from 6 p.m. to 6 a.m. the next morning. When he went home to sleep, his wife Hortencia made him lunch from 1pm to 5pm for his second job as a mechanic


His gear rebuilding skills attracted a lot of attention. While everyone rebuilt one gearbox a day, they did two a day.

Thirteen years later, Garza opened his own repair shop. By this time he had a growing family. He called it 3 J’s Transmission – all three of his children’s first names begin with the letter J.

Arcola resident Clyde Powell said he was impressed by Garza’s fairness. He has a reputation for doing honest business.

But the farming community of fewer than 3,000 people struggles at times to maintain or attract jobs, as far as Garza is concerned.

But with a strong brand to get things done, Garza sees support for a move into politics. So he announced he would become the first Mexican-American mayor in Arcola’s history.


With the help of family and supporters, he began knocking on doors and reaching out. He knew he would get a majority of the Democratic Hispanic vote, but knew he had to appeal to Arcola’s many Republicans.

“It’s going to be a challenge, but again, it’s earned with hard work,” said Jesus Sanchez, a Garza supporter.

But in Arcola’s April 2021 mayoral election, voters of all political persuasions propelled Garza to victory with 42% of the vote in a contest with three other candidates.

There was celebration and rejoicing at the Garza home after the historic win.


“You can drive through the parks and see the changes he’s made,” said Valerie Goode, an Arcola resident.

Garza’s grandchildren and a new generation in central Illinois portend an optimistic future for the city with a less combative, more collaborative approach to government.

Garza says new stores are opening in Arcola and he will remain focused on bringing jobs and opportunities to the city he loves.

https://wgntv.com/hidden-history/hispanic-heritage-month-hidden-history/how-an-immigrant-from-mexico-became-the-first-latino-mayor-in-a-republican-town-in-illinois/ How an immigrant from Mexico became the first Latino mayor in a republican Illinois city

Brown Wasn’t Always the Color of UPS: Why Is It Now?